Election Still a Referendum on Obama 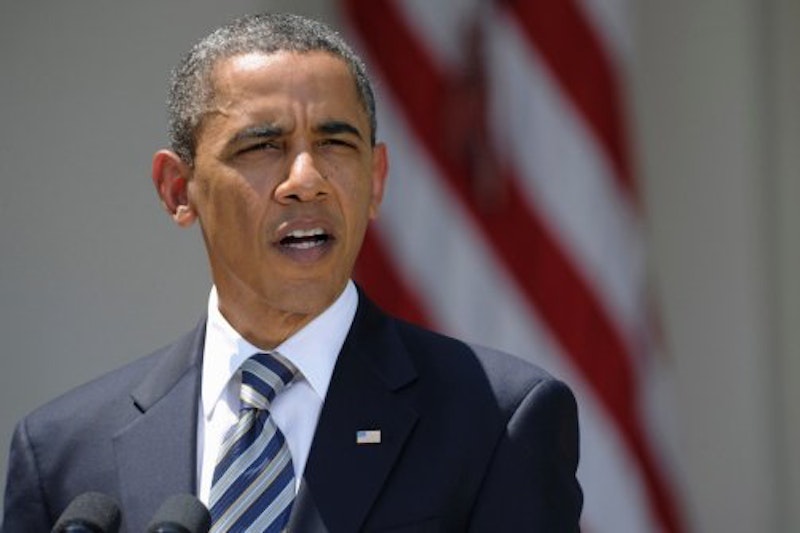 It’s happened: longtime reporter/pundit Michael Tomasky, now shilling for the Democratic National Committee at The Daily Beast, has shed his last layer of journalistic skin. Writing on Aug. 23, Tomasky takes a trip to an upside-down world that not even paid political consultant James Carville has traveled, and makes the claim that, triggered by numbskull Missouri GOP Senate candidate Todd Akin, the contours of the presidential election have completely changed. Yes, Tomasky, admits, the economy will still be a factor, but that issue will take the back seat to… abortion.

He writes: “[T]his much is true: to a greater extent, of course, if Akin stays in, but to some extent even if he leaves, he helps turn this election from an economic referendum on Barack Obama to a cultural referendum on the Troglocons… There’s a reason our debates on reproductive issues are so heated. These issues are personal, a lot more so than Medicare or marginal tax rates.”

It’s all in the GOP platform, Tomasky says, as if convention planks have ever had much of a shelf life after the delegates and media go home. Tomasky acknowledges that a pro-life stance has always been included in such quadrennial documents, but this time it’s different. Why? Because Republicans like Akin and Paul Ryan are “troglocons” (skip Akin—ultimately, he’s small beer—that description of Romney’s running mate is arguably more civil than Maureen Dowd’s likening him to a Taliban thug) will lead the way to an overturn of Roe v. Wade and ultimately jail women caught (or thinking about) having abortions. In addition, Tomasky cites Mitt Romney’s “support” of a Constitutional amendment that’ll ban abortion, in-vitro fertilization and some types of birth control. As if Romney, should he win the presidency, could snap his fingers and get that “personhood” amendment passed instead of a long, and protracted campaign to find three-quarters of America’s states to ratify it.

Personally, I find the pro-life view incomprehensible, holding the opinion that a woman’s body is her own, and don’t at all care for the vocal xenophobic Republicans who want either abolish or restrict immigration, and, unless you really believe that all Romney supporters are Akin clones, I’m not alone.

As in all presidential elections, it’s rare that a voter for either the Democratic or Republican ticket agrees with 100 percent of the candidate’s stands. And in the case of those who do, to use Tomasky’s rhetorical bludgeon, they’d be the true “troglocons.”

Even in late August it’s very difficult to get a bead on where this election is going: with more daily polls released than ever before, often contradictory, how can even a mildly politically aware American sort it all out? And ultimately, of course, the jib-jab of the ever-increasing number of political commentators is just noise.

Yes, social issues will play a part in how voters decide which lever to pull. But the overwhelming concern of Americans remains the same: the economy. Will an unemployed, under-employed or frightened worker, maybe deeply in hock, go to the polls and vote against a minnow like Todd Akin? No. I’ve no idea what the August, September and October jobs reports will reveal, but it’s hardly going out on a limb to predict that on Nov. 6 the official unemployment rate will remain above eight percent. That, and that alone, is what makes speculation about this election so fruitless.