The real battle is yet to come. 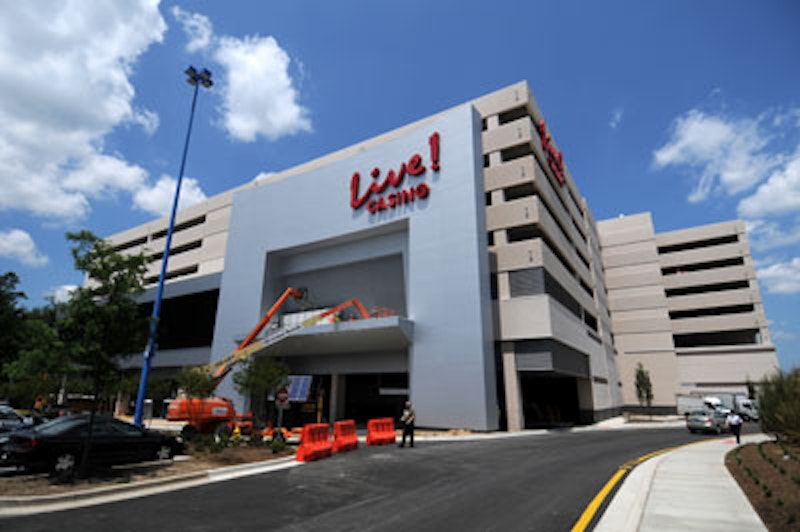 It’s just a matter of time before Maryland discovers whether it has the best lawmakers money can buy. The legislation to expand gambling in the state is a loosely constructed package of angles and loopholes, most notably the catchpenny provision to protect campaigns from the influence of gaming industry money.

Hastily drawn and heavily amended to accommodate competing interests, the legislation is, frankly, a contradictory mess. Example: What does authorizing a sixth casino have to do with awarding 250 veterans’ halls each up to five faux slot machines? Nothing, except that one final vote was needed in the House of Delegates to pass the gambling bill.

But that’s only the beginning of the mercantile tale. The bill contains no time bracket or definition of a veterans’ hall or how long one must have existed to qualify for gambling devices. So veterans’ halls can start springing up all over the state—and probably will—and claim their share of the boodle, an estimated $360,000 a year per hall. So in a sense, the state could be competing with itself by creating a whole subset of gambling emporiums posing as veterans’ organizations.

On the one hand but on the other: The gambling legislation also would remove the state from the business of purchasing gambling devices and turn the function over to casino owners. However, the state would continue to buy gambling machines, called pull-tab machines, for the newly franchised veterans’ halls. Those machines would be linked to a central monitoring system so the state can collect 40 percent of the take while the veterans’ organizations retain 60 percent.

The General Assembly has created a fresh new corps of ambassadors to the wonderful world of money. Maryland has entered a parallel universe of casino democracy by creating another campaign cash cow, a limitless pipeline of funds from Las Vegas and other gambling wonderlands to Annapolis. The most perilous gimmick in the bill is the provision that bars any person or company that owns five percent of a casino from contributing to campaigns in Maryland.

First, the state cannot regulate federal elections, so that means Gov. Martin O’Malley’s federal PAC (political action committee) is exempt from the prohibition. O’Malley’s office has said his federal PAC, “O Say Can You See,” will, nonetheless, refuse any gambling industry contributions. It has been reported that the Democratic Governors’ Association, which O’Malley heads, has already received $1.8 million from gambling and related industries in addition to $135,000 the industry contributed to his campaign for governor.

It gets better. Most casino operations are part of publicly traded companies or conglomerates and there are probably very few individuals, if any, who own or control five percent or more but are more likely to own a point or two in a gambling operation. Much of the ownership is probably held by mutual funds and pension systems. So that leaves most investors, employees, gambling equipment manufacturers and other allied industries free to contribute generously to campaigns in Maryland as long as they comply with state law. Follow the money.

According to an MSNBC report, the money flowing into federal Super PACs from Nevada, home of Las Vegas and other gambling destinations, is the second highest in the nation after Texas and just ahead of California. Nevada has so far contributed $43 million of the $306 million raised by Super PACs up to this point. Extrapolate from that the future cash flow into Maryland campaigns.

And within hours after Rep. Paul Ryan was chosen as Mitt Romney’s vice presidential running mate, Ryan flew to Las Vegas to meet with Sheldon Adelson, the gambling entrepreneur whose interests also include casinos in Macao. Adelson has said he will spend $100 million to defeat President Obama, whose policies toward Israel Adelson detests. Adelson recently accompanied Romney on a fundraising trip to Israel. BWI-Thurgood Marshall Airport has direct flights and junkets to Las Vegas.

The gambling legislation also dramatically revises the tax structure to compensate the Maryland Live! location in Anne Arundel County and the future Harrah’s site in Baltimore for any financial losses a new Prince George’s County casino might inflict. The theoretical losses were awarded in percentages so it’s impossible to calculate the actual dollar losses. Most previous projections have been inaccurate and way off the mark.

MGM has said that it is prepared to invest $500 million in a casino at National Harbor, just a ramp off the Maryland side of the Woodrow Wilson Bridge. Caesar’s Entertainment is ready to invest a similar amount under the name of Harrah’s in the stadium area in Baltimore. However, SEC filings show that MGM and Caesar’s had combined losses of $750 million in the last year. MGM reportedly has seven properties for sale along the Las Vegas strip because of slumping revenues.

The real battle is yet to come. Though the constitutional amendment is a statewide referendum, the sixth casino location must be approved by a majority of Prince George’s County voters in parallel elections. If it is not, the legislation states that it is the intent of the General Assembly that there will be no sixth casino. Labor unions, especially the building trades unions, had wanted guarantees written into the legislation. The bill states that developers must follow “local rules,” which many interpret to mean unionized labor must be employed on the project, thus shutting out the majority of non-union contractors in Maryland.

That makes Prince George’s the next media and knife-fight battleground in the state’s rapidly expanding gambling subculture. The building trades had advertised heavily on television and the media campaign was coordinated by an agency headed by Steve Kearney, O’Malley’s former communications director, who also handled the advertising for O’Malley’s reelection campaign. The agency also sponsors a Maryland political news website called Center Maryland. A regular contributor to Center Maryland is Donald C. Fry, CEO of the Greater Baltimore Committee and head of the casino site location commission. And one of the website’s founders, Tom Loveland, has close ties to the GBC.

The rumble over the new gambling franchise brings together three tough-minded captains of industry—David Cordish, whose company developed and owns Maryland Live!; Milton Peterson, whose Fairfax, VA, wants to add the MGM casino to its mini-city at National Harbor; and Peter Carlino, CEO of Penn National, owner of Rosecroft Raceway, hard by National Harbor, and Hollywood Casino at Perryville. Penn National wants to expand its holdings to include Rosecroft, but Maryland law allows only one franchise per license holder. Penn National also owns the Charlestown gambling emporium in West Virginia.

Here’s an example of the stakes: Carlino heads the most successful and prosperous gambling operation in America. Penn National has cash reserves of more than $500 billion. In Ohio, Penn National spent $38 million to defeat legislation that it opposed, according to knowledgeable sources, and then turned around and spent another $35 million to win approval of gambling in the Buckeye state.

Cordish is the person with the most to lose. He’s also a very litigious individual so a lawsuit might be inevitable somewhere along the line. It would make sense, too, that Cordish would team up with Penn National, either formally or informally, to try and defeat the gambling amendment either statewide or in Prince George’s County where many black religious organizations oppose gambling. PeeGee resisted a casino when the original five were allocated in 2007.

Peterson is equally determined to get what he wants. To ease the way for gambling, the Gaylord component of National Harbor was recently bought out by the Marriott Corp. because the principal of Gaylord is a religious fundamentalist who opposes gambling. And Gerard Evans, a top Annapolis lobbyist and a former aide to Senate President Thomas V. Mike Miller (D-Calvert-Prince Georges), until recently represented Penn National in the gambling debate. He now works for Peterson and National Harbor.

The entire gambling mishagoss is the handiwork of Miller, who held the entire state and the General Assembly hostage until he got his sixth casino, preferably at National Harbor. Yet Miller was quoted in The Washington Post as saying, perhaps mimicking O’Malley’s complaint, that gambling is “a fad, it’s a fancy, it’s wrong, it’s not the way to fund government.”

So now guess what: If approved by the voters, the new Prince George’s casino location—either National Harbor or Rosecroft—will be determined by RFP issued by the state’s casino location commission, appointed by O’Malley, Miller and House Speaker Michael Busch (D-Anne Arundel), the same three officials who conspired to establish a sixth casino and broaden the campaign fund-raising pool.