Yet another year of Republican infighting on full display. 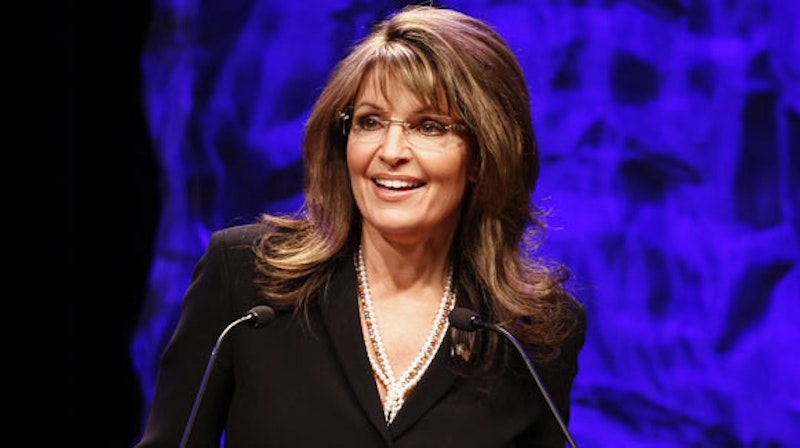 Why? Well, I think it was Samuel Johnson who said that when a man is tired of CPAC, he is tired of life, or words to that effect. In CPAC, there is all that a tabloid journalist could desire in life. Commodified conservatism? Check! Anybody and everybody there is selling something. Political heavyweights? Check! I knew Sarah Palin wasn't a serious contender for president when she refused to show up there. Blind worship of Republican presidents? Check, and not just for Reagan. Kids waited overnight to get into George W. Bush's last speech to CPAC to interrupt him with eerie chants of “Four more years!”

Right on right violence? Oh yeah, and plenty of it, thank God. The Paulistas booed both Dick Cheney and Don Rumsfeld and got tossed out by the dozens when our former veep presented the Orwellian-sounding “Defender of the Constitution Award” to his old boss, and shut up an anti-gay student activist for denouncing CPAC's inclusiveness. Older CPACers returned fire when Glenn Beck announced that Ron Paul had won the presidential straw poll. And pretty much every non-birther in the room booed Donald Trump for being himself.

Every year, pundits pronounce CPAC's obit and every year CPAC has found a way to give the Cassandras in the press a right-handed, one-fingered salute. It keeps making new attendance records as well as headlines. Ann Coulter called John Edwards a faggot there. Mitt Romney shocked the hell out of his audience, including his fired-up pitch woman Laura Ingraham, by conceding there. Fringe right-wing groups have been excluded then included in CPAC, then kicked out again. This year the social conservatives have managed to oust gay Republican groups such as GOProud, but expect them to be there anyway, as picketers and participants, and be back next year in force.

I suspect they'll be there roughly for the same reason I'll be there: because CPAC is a blast, because college Republicans are arrogant and beautiful, because it's fun to watch conservatives and libertarians go for the jugular, and because right wingers with all their sins and indiscretions are almost infinitely preferable to liberals with all their predictable, dreadfully boring pieties.

If you want to imagine the future of American liberalism, just imagine Barack Obama giving a televised speech on HHS mandates—forever. CPACers, with their visions of Pax Americana, laissez faire liberationism and Armageddon, as well as a general loathing of all things PC, are trying to rescue us from that untimely and uninteresting fate. Mock all you want but you'll miss the party. For three days, they'll be having a gay old time.