Obama and Romney, Not Much of a Choice

Once again, Americans will hold their noses and vote 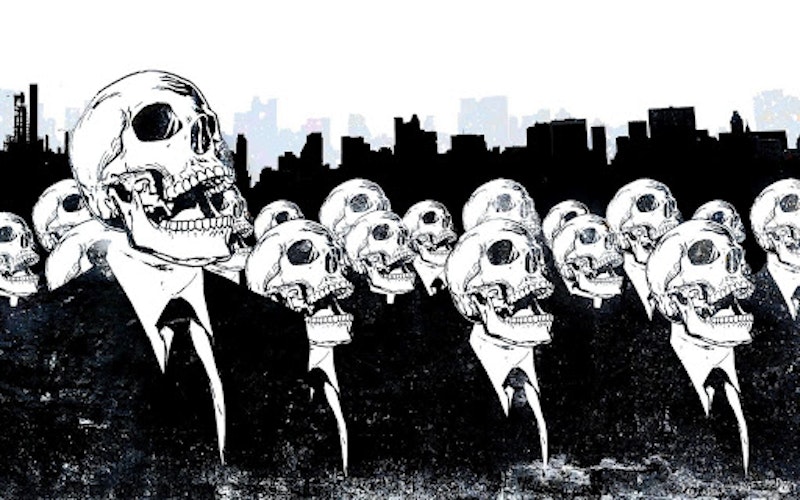 Mitt Romney won’t win on his own accord. He has to pay attention to the negative space to secure victory and become as bland as the “generic Republican” that pretty much always beat him and everyone else in early polls. He’s close enough already. As many have pointed out, Romney doesn’t have an agenda more specific than boilerplate like cutting taxes, shrinking government, and saving the American Dream from the cold metal fingers of Saul Alinsky socialists and Islamofascists. He has to bank on the right’s maniacal dislike of America’s first black president and everyone else’s apathy, because policy-wise they might as well be on the same ticket. They’re wonks—bureaucrats with bad people skills and foggy visions. Even though Barack Obama is far from the “unmitigated disaster” Republicans claim, he’s proven to be pretty dispassionate and unprincipled himself.

Obama’s measured, steady, and long-winded way of speaking is still silently appreciated by most of the media after eight years of George Bush’s remedial English. He’s charismatic, and maintains a casual respect with most voters who haven’t started paying attention yet. David Axelrod and his troops must tread lightly, though: Obama’s promises of a transformative era in American politics have produced nil and he’s accomplished nothing progressive. Bailing on Guantanamo, raiding medical marijuana dispensaries, kowtowing to the pharmaceutical industry with the Affordable Care Act, waiting until the last possible moment to oppose Internet piracy bills (SOPA and CISPA) that would destroy online privacy, prolonging the War in Afghanistan until 2014 at the earliest—it’s like the neocons never left the White House. But you couldn’t tell from Obama’s signature speeches, well-delivered as they may be: they’re filled with a vague feel-good liberal pabulum and collegiate incoherence, but it’s what won him the election in 2008. “Yes We Can”—a vote for Obama is a vote for me. I can matter and be a part of something important by voting for this new fresh, exciting person. He had a lot of whim votes.

But the glossy rhetoric didn’t pan out and half the country hates Obama with simmering, deranged rage. A moldy cigar butt running as a Republican would poll within the margin of error, yet you still hear pundits like Melissa Harris-Perry and Eugene Robinson caution against thinking “this one’s already in the bag.” That’s delusional. I like Obama personally and hoped he would reinvigorate and reconstruct our dysfunctional democracy, but he’s as lacking in substance and integrity as Mitt, and maybe less efficient. I like what Obama says, but what he’s doing is unclear to all of us. Whoever wins will do it by default.