Shut up and sit down. 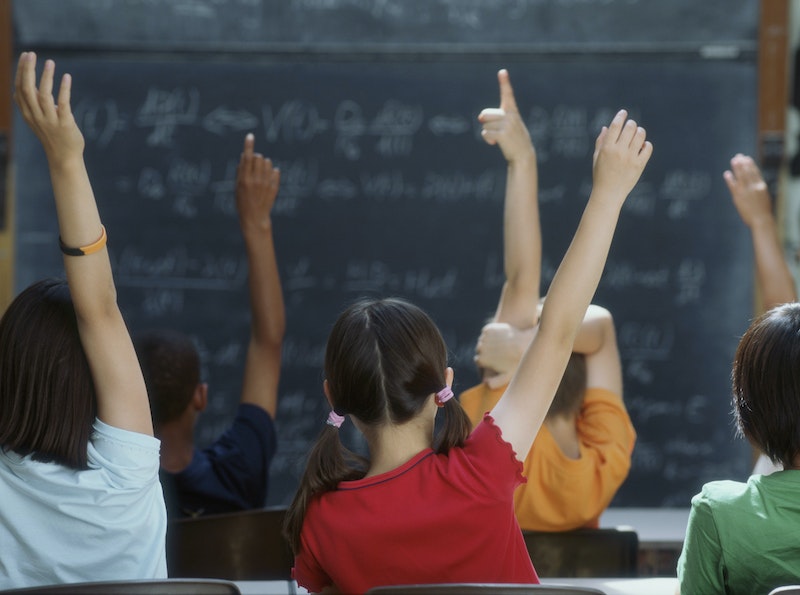 Republicans are fast becoming the party of old, white, crotchety men. As their supporters inexorably totter towards mortality, and as the rest of the country gets more Asian, Latino and less pale, the GOP's long-term electoral fortunes look increasingly dire. With demographic apocalypse looming, the GOP has a couple of choices. They could try to appeal to people who are not quite so old, quite so white, or quite so crotchety. Or, alternatively, they could embrace their crotchetiness in an apotheosis of senile spleen and cloistered resentment.

Naomi Schaefer Riley is not the first to plump for the second. Still, her recent article on the evils of professor activism is an inventive variation on the theme. Riley's article harkens back to the (of course, apocryphal) good old days of the late 19th century, when university professors didn't muck about in politics, but just taught their kids the basics of a humanities education.  She concludes with this stirring call to abandon the barricades:

"Students have only a limited amount of time in which to learn the great foundations of an undergraduate education—and the rest of their lives to become agitators."

The assumption is that education has nothing to do with political engagement. Apparently there is some sort of pragmatic, value-free undergraduate experience which can be imparted to our youth, allowing them to fit comfortably into their apportioned lifetime cubicle without ever standing up to look over the little cardboard divider. One does wonder, though what exactly these "foundations of undergraduate education" look like, exactly. Are we supposed to read Dickens while carefully ignoring his blatant attacks on injustice? Are we supposed to study the Civil War without considering what it means for racial relations today? Do the earth sciences have no implications for the global warming debate? Is economics irrelevant to policy decision making?  Admittedly, mathematics can often be portioned off from social or political issues—but I can't imagine that Riley is calling for a curriculum consisting entirely of calculus.

No doubt Riley would argue that you can study political topics without actually engaging in politics. You can just read over the different positions objectively, carefully not committing yourself to one view or the other. Students will have plenty of time later to care about ideas and the world around them. Right now, they're too young to think or act. They need to just sit there like sponges. Bored, immobile, docile sponges.

The truth is that when Riley says that students will have plenty of time to be activists later, what she really means is that she doesn't want them to be activists at all. She laments that students aren't learning the basics, but the rest of the piece betrays her real interests. If she cared about the students' educational failings, she'd focus on their educational failings—what they aren't learning, what they should learn, and how the activism gets in the way.

But instead, she engages in that long conservative tradition known as "red-baiting." She sneers at women's studies and black studies departments for their sinister commitment to social justice. And in article’s opening, she speaks approvingly of Republican efforts to intimidate professors at state universities by demanding to see the contents of their university email accounts. The concern for undergraduates thus quickly reveals itself as a heartfelt wish to silence those with liberal political views.

I certainly agree with Riley that there are problems with American college education. It does seem silly to claim that those problems will be solved by making the university more insular and less relevant. But then, I don't see young people as the enemy.

Riley's piece, on the other hand, reeks of a condescension born of fear. Students, she assures us, are not ready for politics; they're too dumb, too in need of guidance. It's the same tired arguments you always hear whenever a marginalized group attempts to make its voice heard. Riley may claim that she is speaking against professors on behalf of students, but the fact is that contempt for teachers, at whatever level, is part and parcel of the contempt for those they teach. Riley doesn't want students to learn fundamentals; she wants them to quietly acquiesce in the plans of their elders and betters. For young voters, then, conservative pundits offer condescension and barely concealed bile. We'll see how successful that is as a political strategy over the next few decades.