But there will always be something to kvetch about. 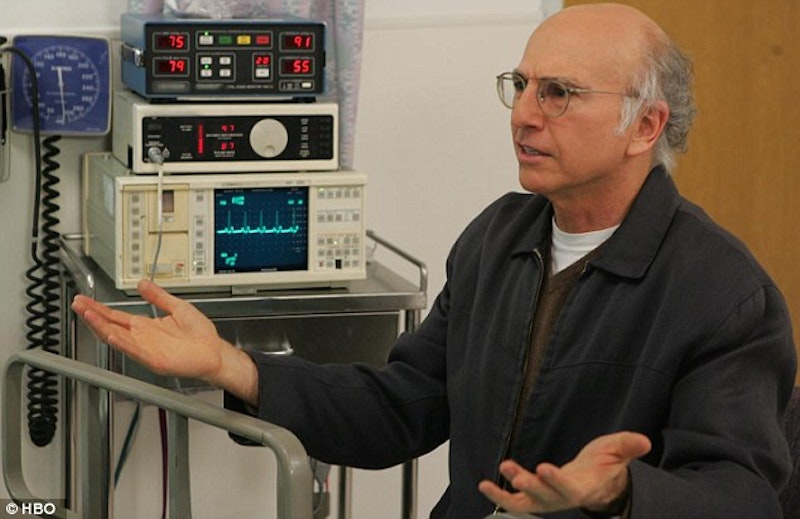 The following sentence is a lament about American culture and character: “I’ve long thought that public dissatisfaction is about more than the economy, that it’s also about our culture, or rather the flat, brute, highly sexualized thing we call our culture.” The writer goes on to list deplorable incidents in the United States: a tourist in a big city is beaten up and no one helps the victim; juvenile delinquents loot retail stores at will; government employees are caught in embarrassing scandals; and a group of teachers in New York City, who can’t be fired because of union protection, are revealed as cretins.

Looking at the above, in a vacuum, a reader could be forgiven if he or she had no idea what year this was written, for condemnations about American culture, whether from newspaper columnists, cranky grandmothers or sermonizing clergymen, date back to the early 19th century. Maybe it’s the 1960s, when Kitty Genovese was murdered in New York City as pedestrians passed by; the casual sex, nudity and consumption of illegal drugs at Woodstock elicited cries of disgust from “The Greatest Generation”; and riots ruined great American cities. Or the 1970s, with Watergate exposing government corruption at the highest level, television shows like The Love Boat gained high ratings, “streaking” was a college fad and a “Disco Sucks” riot broke out at Chicago’s Comiskey Park.

However, as you might’ve guessed, this commentary is contemporary, an essay by Peggy Noonan that appeared on April 21 in The Wall Street Journal. It’s Noonan’s contention that the country’s generally sour mood isn’t just about the lousy economy that in this election year politicians of both parties are shamelessly exploiting for their own gain, but rather a “crisis of character,” epitomized by the ubiquity of YouTube and smartphones, the Secret Service scandal, “flash mobs” of kids stealing merchandise and, more generally, a slovenly, dumbed-down and indifferent populace. I’ve long admired Peggy Noonan, not only for her writing, but also for the dignity and graciousness she projected during the few occasions I had the pleasure to socialize with her. She’s what would’ve been called, to borrow a common phrase from a past era, a “classy lady.”

Yet aside from her sarcastic “thanks” to whoever popularized “casual Fridays,” about which she accurately says “[N]ow it’s casual everyday in America,” a point of agreement that probably reflects the fact that we’re both on wrong side of 50, I think she completely misses the mark in the column. As noted above, complaints about the state of American culture are a constant: my parents initially deplored the burst of popularity, post-British Invasion in 1964, of teenagers and young men growing long hair; they thought the mini-skirt was a sign of dangerous decadence. When my brother Doug was a freshman at college in 1965, the men were required to wear a jacket and tie at the dormitory dining hall; just two years later, that practice was abandoned. Earlier, critics lashed out at the devolution of American culture because of tabloid newspapers, the radio and television.

Noonan’s conclusion: “The leveling or deterioration of public behavior has got to be worrying people who have enough years on them to judge with some perspective. Something seems to be going terribly wrong. Maybe we have to stop and think about this.” I have thought about it and there’s a lot about American society today that makes me cranky: like walking down the street in any major city and seeing pedestrians with cell phones glued to their ears; erectile dysfunction or yeast infection prevention advertisements appearing on television at eight in the morning; and, in my own profession, the replacement of serious, well-researched journalism for the “scoops” offered on Twitter and the escalating (who, 25 years ago, would think this was even possible) glorification of celebrity.

On the other hand, this really is mere kvetching, for the United States is, in most ways, a better country than when I was born in 1955. The obvious: an integrated society where racism and bigotry, while still prevalent, has dwindled to where it’s the exception rather than the rule. In 1972, my father, unaware, like most Americans, of dangerous eating habits and the impact of genetics on one’s health, died of a heart attack. This was a time when heart surgery was in its very infancy, and bypasses—routine today—were unheard of. Like other men and women in my age bracket, I lined up for sugar cubes in the early 1960s to prevent polio, and participated in air raid drills at elementary school. Before the computer/Internet age, I re-typed term papers and newspaper articles and used white-out; I did research at now-forgotten institutions called libraries. I don’t care for the profane taping of crime that shows up YouTube (such as the beating of a Baltimore tourist that Noonan describes), but I sure like seeing clips of, say, Nina Simone singing “Feelin’ Good” or a long-forgotten performance by the Hollies on the show Shindig.

After reading, and re-reading, Noonan’s column, I wondered what my 19-year-old son’s reaction would be. Surprisingly, at least to me, he said: “Great article. I think the comforts kids had from the 1980s onward—toys, candy, fast food, video games, television—combined with overly permissive and protective parenting and teaching, was counter-productive. And a government that asks nothing from citizens but their money. After 9/11, people were told not to think about it and go shopping like children.”

Perhaps this could be interpreted as a “the child is father of the man” moment, but I’ll stick to my own theory. After all, the constant in American society is the desire for employment, opportunity, and personal security. Popular culture, some of it ephemeral, some of it enduring, matters less to people than a sense of contentment. As for “character,” I’d prefer, no doubt like Peggy Noonan, that men and women didn’t dress like slobs at church and restaurants or yell obscenities at the ballpark, but let’s not kid ourselves: callous behavior wasn’t invented in the 21st century.