The slow march of progress. 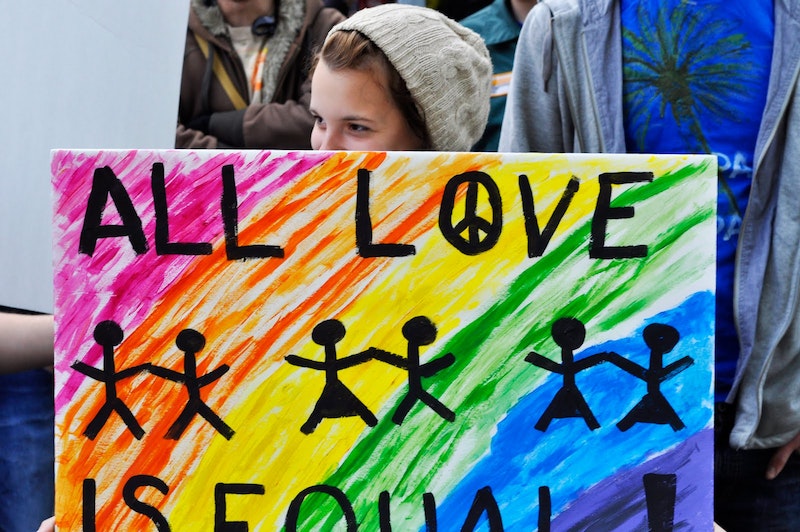 Gay rights have undeniably gained strength in the United States during the 21st century. For example: the “Don’t Ask, Don’t Tell” policy was recently repealed; many employers now recognize same-sex relationships for the purposes of their health and benefit plans; and a plethora of states, including New York, Iowa, and Massachusetts have legalized same-sex marriage. However, even as the country as a whole is becoming more accepting of the LGBT community, there is still one area that feels unaccepting: the campuses of conservative colleges.

According to The New York Times, a lack of support for Gay-Straight Alliances is common among conservative Christian colleges throughout the country. For example, Baylor University, which has 15,000 students and is the largest Baptist university in the country, does not permit students to form clubs that allow the discussion of sexuality. When asked, a spokesperson from the Baylor administration flatly stated that the University does not support any advocacy group that supports views contrary to Biblical teaching. However, some Baylor students continue to have informal Gay-Straight Alliance meetings, despite the fact that the University won’t formally recognize their activities.

Other schools that don’t permit GSAs include Abilene Christian College and Harding University. Harding went as far as to block online access on campus to an e-zine those students had created about the perils of being gay on a Christian campus. However, this censorship pales in comparison to an instance at North Central University in Minneapolis, where a female student was ejected from the school when she publicly declared via MySpace that she was homosexual.

As youths at conservative colleges wonder if/when their administrations will recognize and support their sexuality, it may be of small comfort for LGBT students to realize that time and statistics are on their side. Statistics overwhelmingly demonstrate that younger people (under 30) are far more accepting of LGBT people than those who are older. This means that as the population ages, there will be more acceptance of the LGBT community. In fact, in the example given about Baylor, the Times article notes that most of the student body was comfortable with permitting a Gay-Straight Alliance. It was only the administration that prevented it.

Additionally, according to the Gay Lesbian Straight Education Network, there are currently 4000 registered Gay-Straight Alliances within the United States. This means that, with time, the presence of Gay-Straight Alliances will no longer seem unusual, even on conservative campuses, and that the groups should eventually gain acceptance at colleges everywhere.