No, Really, What Is the SJW Endgame? 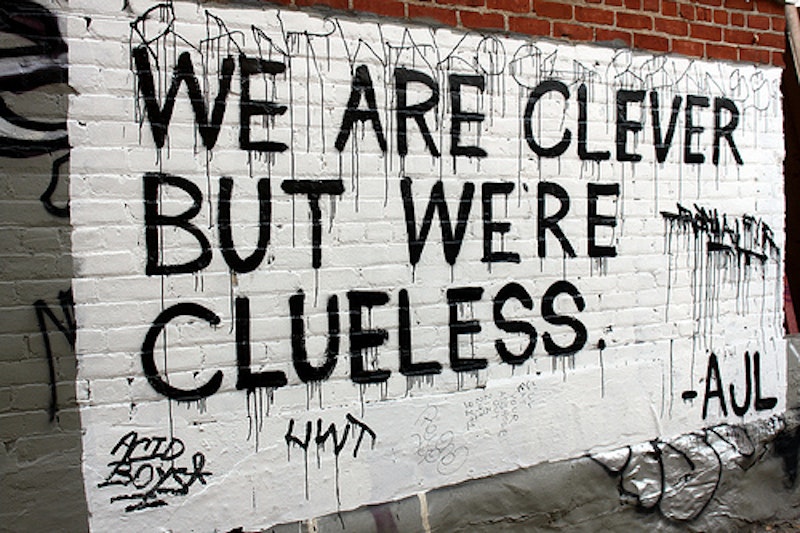 People—and for that matter, animals—learn from feedback loops. You get the pellet, you’re more likely to repeat the action.

So where do we really think the culture is headed if it keeps caving to the so-called “social justice warriors” (SJW) who come up with a new way to guilt-trip people every few weeks, often demanding a revision of familiar language and insisting only sadists and monsters would cling to the old, familiar ways? Presumably, they’ll keep at it, right?

No one believes the SJWs are going to reach, say, a certain rough statistical parity between positive mentions of all ethnic groups or a certain number of good female roles on TV or what have you—and then just stop. They’ll keep the SJW spotlight roving about in search of new things to be offended about, since it gives them attention, political power, and a moral thrill. We can agree that dynamic is at work, even if you think they’re doing good things.

There’s no question they face occasional pushback, whether rude or thoughtful—from Donald Trump brazenly ignoring current p.c. speech rules to conservative writer Mytheos Holt amusingly suggesting that people who need “trigger warnings” on their college textbooks because of offensive content be preemptively expelled. But forget the culture war for a moment. Pretend instead the SJWs just keep getting everything they could ever desire. Imagine their foes completely surrendering if you like and the whole society looking to the SJWs for guidance as if to priests, or at least to Oprah.

Where do they really want it to end? I’m not asking as a rhetorical means of evoking slippery slopes. I really wonder what their vision is.

I wonder if they dream, a la Zen Buddhists, of achieving a “perfect” state of offense in which nothing in the universe can satisfy them and thus their rage is total—and, they imagine, their moral superiority is also total. What a beautiful, beautiful vision. I doubt they picture this as a future of perpetual anger, though. They surely think an inner calm will then come once they have become fully aware, fully attuned to all possible occurrences of offense, marginalization, or inegalitarianism.

Like a fully enlightened meditator who purportedly achieves oneness with the universe and complete death of the ego, the perfected SJW will gaze about and behold potential inequality and offense successfully sidestepped in the face of every child who might’ve felt left out, every fat woman who might’ve had beauty standards cross her mind even for a moment, every person of every suspected newly-invented subsidiary sub-gender who might for even a perilous second have wondered where he/she/etc. fits in.

But most important of all, I suspect, is the SJW himself/herself/etc., sitting like a moral sun to a potentially-immoral solar system, perfection shining upon the rotating imperfect pieces of a (formerly) fallen and ugly world. Is it something like that?