Could be they’re networking for new jobs. 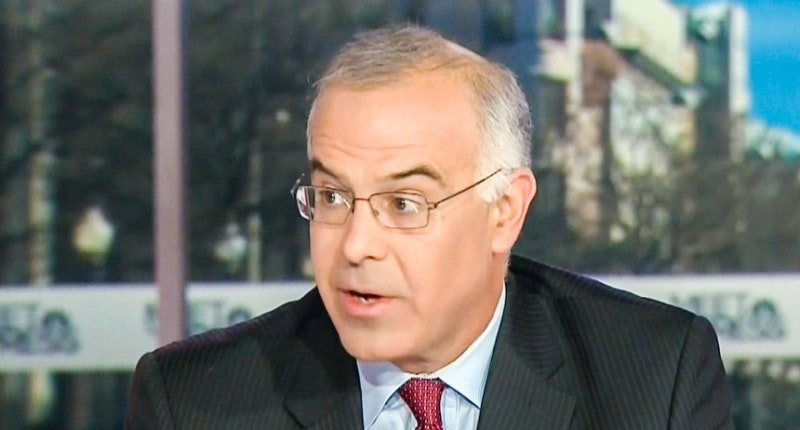 I must’ve been lost in a foggy, hazy shade of upcoming autumn yesterday morning—nightmares that the Yankees win the World Series, recalling the sight of Jackie Bradley Jr.’s burst of offensive power go poof against the Orioles, the usual disgust at Trump’s immigrant-bashing; all of which simulated a tab of acid from decades ago that was mostly really bad speed—for upon reading the latest David Brooks New York Times rubbish, I really thought I’d penned that myself over the weekend. As a time-killing parody.

Anyways, you dilly and I’ll dally and we arrive at the same place: Brooks is a political imbecile. (Asshole is too strong a word, for I’ve never met the man and the chance of that occurring is blessedly unlikely.) The man who, several months ago, essentially said that pundits are full of shit, had an epiphany while watching Joe Biden’s appearance on Stephen Colbert’s show, when the Vice President became understandably emotional talking about his son Beau’s recent death. Brooks took this as Biden’s “formation story,” a rationale for running against Hillary Clinton and The Bern in the presidential primaries. Swearing on my third-grade Sunday School Bible, I’m not scamming those of you who had the sense not to befoul the mind by reading the Times op-ed page on Tuesday.

It’d take a black heart not to empathize with Biden—or sympathize, for those who haven’t suffered the premature death of a loved one—over the bad hand he’s been dealt. Yet this doesn’t compute on a political level: Biden’s grief doesn’t erase his decades of being a Democratic hack; it won’t wipe the slate clean of his two failed presidential campaigns (tossed in the ’88 race for plagiarism, withdrawing in ’08 because he had nothing to say); and doesn’t obscure the fact that Obama’s treated his number two like an errand boy. Brooks claims that Biden’s heartbreak might unshackle him from political caution and say what’s really on his mind. As if Biden isn’t already known for his blunt, and gaffe-riddled speeches.

Brooks writes: “Out of that loss [Beau Biden’s death] comes a great empathy, a connection to those who are suffering in the economy and this world. Out of that loss comes a hypercharged sense of mission. Out of that loss comes a liberation from the fear of failure that dogs most politicians, and causes them to dodge, prevaricate and spin.” No, David, this makes no sense: Biden is an affluent man—and always will be—so how does his son’s death translate to a “connection” with the unemployed and otherwise marginalized Americans? Beats me, but that’s Brooks’ middle-school sociology for you.

The point of his column is about the above-mentioned “formation story.” And here’s where Brooks gets lost in the cornfields he’s never visited. He says that JFK was “formed by war.” Well, sure, his WWII experience certainly shaped him as a man, but it was Kennedy’s father who mapped out his political career. And Bill Clinton was “formed” by a broken home, which led to his desire to “lift others and heal divisions.” Jesus, I’m having sugar-shock just thinking about this malarkey. Clinton was, in fact, raised in a dysfunctional household, as are millions of Americans, but it wasn’t his deadbeat stepfather who inspired him to get his picture taken with JFK as a 16-year-old in 1963. Clinton was ambitious, he wanted to become president at an early age, and didn’t care what he did to get there. Sure, his speeches were filled with center-left talking points, but that was just window dressing.

One final example of the need for someone—who cares enough, I haven’t a clue—to stage an intervention with Brooks. Speaking of Donald Trump, he writes: “In doing business deal after business deal, he mastered the skills needed to take on the morons who are now running the party and the world.” Never mind that Trump’s been in and out of bankruptcy: is Brooks saying that leaders like Obama, David Cameron and Angela Merkel are “morons”? I can’t wait to find out.