When You’re Ready to Have a Serious Conversation...

...about Jade Helm, they have your e-mail address, warns Todd Seavey. 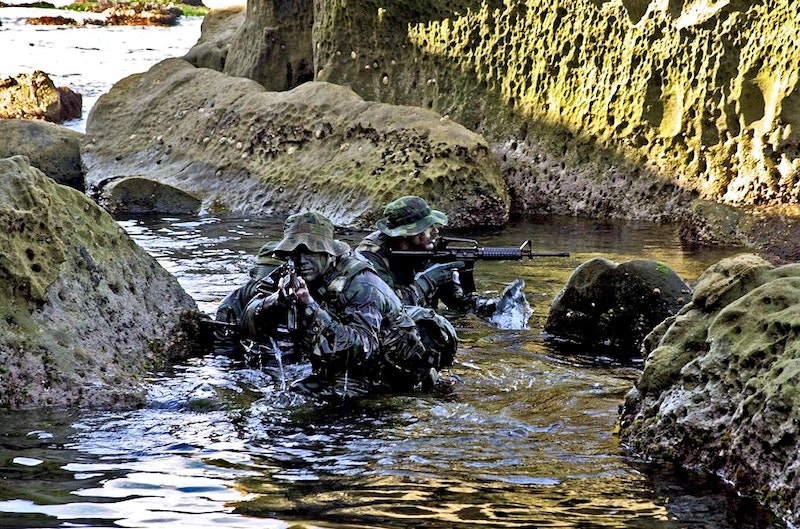 That big military exercise called Jade Helm 15 ends today without any obvious sudden uptick in police-state activity or FEMA camp-building. Far from being silenced, I think Alex Jones, the conspiracy theorist who worked so hard to direct attention to the exercise, is launching his satellite radio channel this week.

Still, the world is so strange and authoritarian that I have to run through a quick mental checklist sometimes to remind myself that I don’t—strictly speaking—believe in any conspiracy theories (nor paranormal claims). I mean, I wouldn’t be terribly shocked at anything the CIA did, but I have no solid reason to believe that much we now speak of only in whispers is secretly true. (We’ll address the broad topic of UFOs another time.)

Like many of my anarcho-capitalist, libertarian brethren, I tend to think we don’t need recourse to shadowy organizations such as the Illuminati and Freemasons to explain why the world is awful when we already have one big, non-theoretical conspiracy controlling half of human activity all over the globe, namely government. It brazenly manipulates the masses, steals and redistributes wealth, starts wars, and forms partnerships, almost unnoticed, with immense corporate conglomerates.

Further, though I think it’s best to assume people have good or neutral motives unless you can really prove otherwise, government is a perfect formula for attracting to its ranks the power-hungry, the influence-peddling, the glad-handing, the phony, and the sociopathic. Naturally, they lie.

I have to disagree, then, with well-intentioned article likes this one claiming politicians are or should be moral exemplars (and thus that Trump being in office would set the wrong tone). On the contrary, the more a populace treats it politicians with contempt and recognizes them as scoundrels, the freer that populace will likely be.

Government, by now, already lives in a state of paranoia over how little its potentially-rebellious citizenry respect it, loyal more out of fear of a crackdown than out of love. Government will really be in danger, though, if the day comes that we don’t even particularly care what the outcome is, pro- or anti-freedom, before rebelling, just because the government strikes people as so creepy and all-pervading it’s worth attempting resistance. Perhaps all the goofy Jade Helm conspiracy theories even help limber up our minds for that imminent day.

It was mere decades ago that a massive troop build-up on domestic soil could only be justified by reference to a massive attack from outside. As the conspiracy theorists rightly worry, if the government is trying to slowly numb us to, say, a near-constant troop presence, it may in time be able to ditch the explanations for rallying troops altogether. They’ll just always be there, taken for granted, slowly building a wall between the way we live and the way things were such a short time ago, much the way the surveillance state has come to be taken for granted. It’ll be Jade Helm forever, man.