The Soft Socialism of Sanders

Perhaps the system is just what America needs. 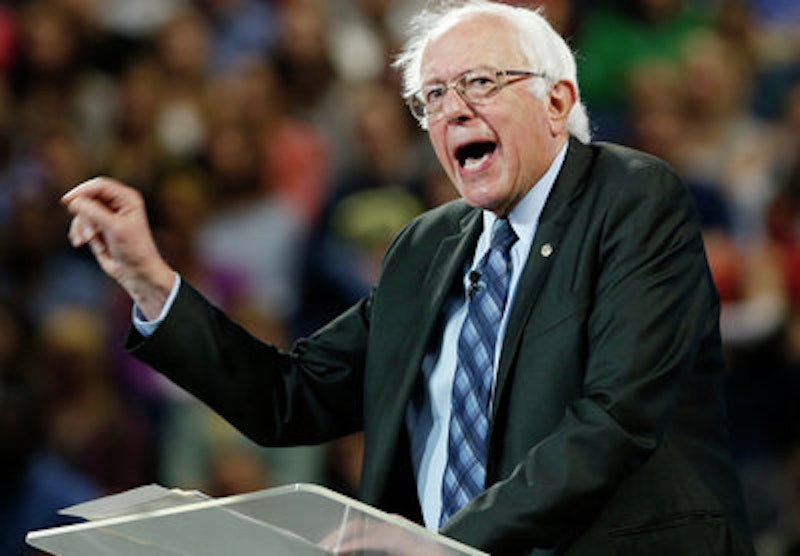 Listening to Bernie Sanders, I like his refreshing authenticity. My Vermont friends are all over him. Aside from them, whenever I mention his name, most people say, “Yeah, but he’s a Socialist.” I don’t know what Sanders means when he says he’s a Democratic Socialist and I doubt his supporters do, either. They weren’t around for the Cold War, yet I think most Americans’ perception of socialism is based on Soviet communism. Visions of a welfare state with a scary bureaucracy appear when the word “socialist” is mentioned. I guess Vermont voters were accepting of the term when Sanders was elected to the House in 1990. Then Sen. Sanders embraced his political identity and stated, “I am a Socialist and everyone knows that.”

In the classical sense, socialism means the collective ownership by the people or worker cooperatives, a system that promotes giving ownership and control of production, distribution, capital and land to the community as a whole. One of the best examples of this is The Mondragon Cooperative Corporation (MCC), in Spain. It’s the largest consortium of worker-owned companies and has developed a different way of doing business. Founded in 1956, it’s owned and operated by the workers, meaning they own shares of the company, elect management and have a voice in major decisions. There’s also a salary limit, in which the highest paid employees can make no more than 6.5 times the lowest paid employee, unlike the American CEO to worker average of 354-1. Is socialism a new face of business or an unfair system?

Sanders claims he advocates the type of socialism that operates in Scandinavian countries, that have certain socialist characteristics like progressive taxation and extensive welfare systems in healthcare and education. And the population of most Nordic countries is white. The U.S. is very diverse and one size may not fit all in our culture like it does in homogenous countries like Finland and Norway. Yet, the truth is that the Scandinavian countries continually score the highest on life satisfaction and happiness surveys. Are there lessons we can learn from these socialist societies?

In 2014, the U.S. had by far the most unequal distribution of wealth and income of any major country in the world. People recognize that our society and government need more than an ideological overhaul. Both need to be completely broken down and rebuilt anew. There’s a segment in the electorate that is anti-establishment, anti-status quo and anti-Washington. Sanders and perhaps Trump, to some degree, have seemed to tap into that portion.