Nicholas Kristof Is Naive About Religion

The Times columnist is shocked that women aren't treated equally in Islam. 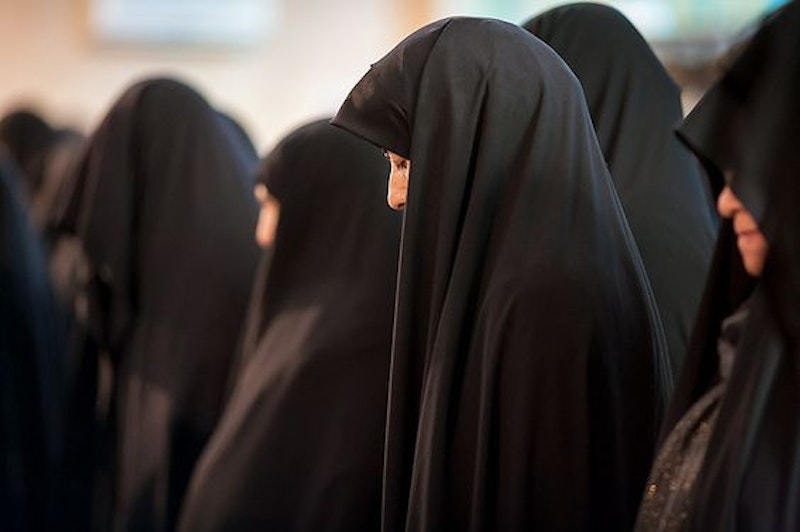 New York Times columnist Nicholas Kristof writes in his Sept. 4 column, "What Religion Would Jesus Belong To?," that he’s saddened the original teachings of three of the world’s main religions seem have been left by the wayside on the road to progress. Jesus never mentioned gays or abortion, yet certain branches of Christianity make these major issues. Mohammad, according to Kristof, raised the position of women in his time, but he bemoans the fact that, now, “Islamic clerics bar women from driving, or cite religion as a reason to hack off the genitals of young girls.” Moving on to Buddhism, he tells us that Buddha would be sad about the oppression of the Rohingya minority in Buddhist Myanmar.

The Myanmar comment was a tip-off that the Times columnist was going into his multicultural schtick. Multiculturalists believe that all religions and cultures are equal parts good and bad and they're all equally worthy of respect. When comparing the evils of religions, it's nearly automatic that they invoke Myanmar to show that even peace-loving Buddhists can be terrorists, as can some Christians and some Muslims. There are a handful of extremist Buddhist monks in the world, but non-violence is a core principle of the religion, unlike Islam, for example. If asked to provide another example of Buddhist terrorism to bolster his theory, Kristof would be hard-pressed to come up with anything else, but he doesn't even think he has to.

Kristof’s main point is to criticize modern Christianity as it's currently practiced, in service of the argument that all religions have deviated from the “true path” equally. Kristof makes the obvious point that Christianity shouldn't be about knowing scriptures in detail, or the other minutiae of religious observance, but rather on establishing patterns of behavior designed to make the world a better place.

This is hardly groundbreaking, but it's all Kristof has to offer. It sounds like the idealistic lament of a teenager who’s just discovered that their religion is often more for show than substance. It's about how things should be in the perfect world, and religion is essential to Kristof’s perfect world. If only humans could stop messing it up. Kristof is criticizing his own religion, which he confesses he’s not a serious practitioner of, because the gentleman’s agreement of multiculturalism is that you're only allowed to attack your own religion. For him to critique Islam would simply be in bad taste—“Islamophobic” even. That's why he glosses over Islam after a perfunctory mention of how Mohammed helped women and how his teachings are now being perverted to oppress women. He's asking us to see Mohammed as an exemplar of human behavior, just like Christ, despite the wide disparity in their behavior patterns.

While it may be true that Mohammed improved the lot of women in seventh-century Arabia during a time when female infanticide may have been practiced, it's far more important to examine what Islam is doing for women these days. For some reason, Kristof is surprised that “Islamic clerics bar women from driving, or cite religion as a reason to hack off the genitals of young girls.” Apparently he’s unfamiliar with the hadith (Abu Dawood-5271) that specifically calls for female genital mutilation. Mohammed’s words on the topic were, as narrated by Dawood, “Do not go to the extreme in cutting; that is better for the woman and more liked by the husband.” That doesn't leave much to the imagination.

While FGM is currently limited to Islamic fundamentalists, there’s surprise that it’s encouraged for religious reasons when it's codified in scripture. Generally speaking, the way Islam is practiced in 2016 is the way the imam at the local mosque interprets it. The more literally the imam interprets the words of Mohammed, the worse it is for women. When you have a key piece of scripture like Abu Dawood-5271, banning women from driving for religious reasons can he expected in places like Saudi Arabia, where they interpret the Qur'an literally. If he hasn't read the Qur'an and the hadith, like the vast majority of multiculturalists who freely opine on Islam, then Kristof’s opinion is of little value.

If he did read the Qur'an, he’d learn in verse 4:34 that it states men are allowed to beat their wives into subservience, after less drastic methods are tried. If Kristof studied more Islamic scripture, he'd also learn that Mohammed said it was okay for men to take sexual slaves in some cases, and that disobedient women didn't stand much of a shot at heaven in the afterlife. The improvements for females Mohammed allegedly enacted many centuries ago have not carried over to modern times, but that's not because the canonical texts of Islam are being ignored, as Kristof thinks. It's because they're being followed.