Plus one Hillary hummer. 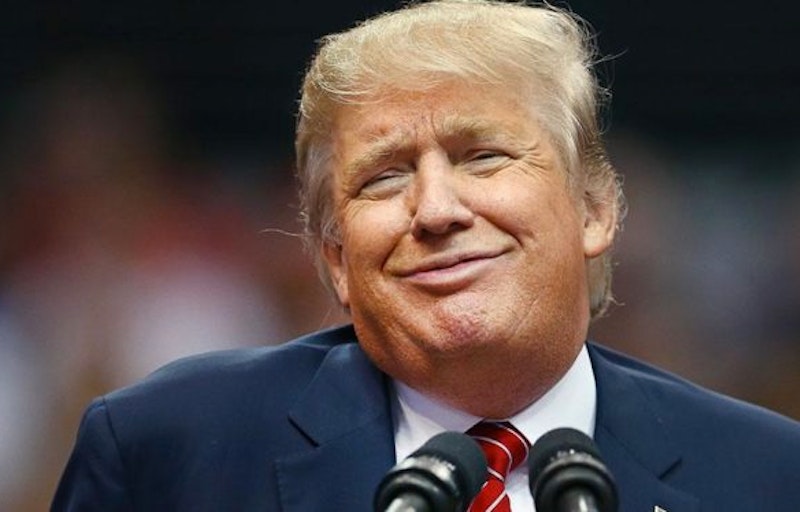 It’s not a novel observation that in today’s impossibly fragmented media, Americans are more likely to choose the venues that conform to their political beliefs. I don’t happen to believe that makes for a well-informed public—it’s not simple nostalgia to remember an era, not so long ago, when this wasn’t the case. It’s a bit hard to fathom, especially among those who follow national news closely, whom you’d expect would like to balance contrasting opinions and come to their conclusions, but I suppose it’s the natural outcome of financially struggling mainstream periodicals and television stations to chase, as they say, eyeballs, by upping the bias to at least maintain a hard-core base.

Sunday’s New York Times “Review” is a case in point. On the eve of the Democratic Convention, the skinny 12-page section contained seven articles that were anti-Trump; overkill would be an understatement. I understand that with the virtual elimination of Time and Newsweek—still prosperous and popular in the late-1990s—Sunday newspapers are, whether consciously or not, trying to fill that niche, a re-hash of the week’s events. And it wouldn’t surprise me if in the next five or 10 years, the remaining newspapers limit print distribution to Sundays only, and rely on digital for rest of the week.

The best Times article was by Todd Gitlin, a professor at Columbia and longtime left-wing writer. One of the myths of this presidential campaign is that it closely resembles the chaos of 1968, when Richard Nixon nosed out Hubert Humphrey, with an assist from George Wallace, in a country torn apart by riots, assassinations, nearly 17,000 dead in the Vietnam War, and a culture that pitted young vs. old. Gitlin, an activist back then, summarizes the differences neatly, but as a diehard liberal he can’t skip over Trump. Recalling Nixon’s repeated invocation of the “silent majority,” and the Democratic Party’s disarray, Gitlin writes: “[T]oday’s operative majority may be the one panicked by the thought of Donald Trump in the White House.” Perhaps, but like most liberals who expect a decisive Hillary Clinton win in November, New Yorker Gitlin isn’t considering, or comprehending, Trump’s popularity, and doesn’t realize that the GOP candidate—who may or may not lose, too early to tell—has tapped an admittedly weird and angry vein in America. I’m sure there are millions of voters who’d never admit to a pollster—or friends and co-workers—that they’re going to choose Trump. Too embarrassing!

The rest of the articles/op-eds lacked Gitlin’s insight. Of course, Frank Bruni phoned his story in, headlined, “Donald Trump’s Sham Patriotism,” re-hashing all of Trump’s scummy claims over the past year. His slur on Sen. John McCain; his deferments during Vietnam; kind words about Vladimir Putin; the delay in his financial contribution to veterans; advocacy of torture; refusal to release tax returns; the proposed ban on Muslims (which Trump waffles on), disturbing xenophobia, racism and contradictory protectionism (likely popular with a lot of Democrats). And that’s it. He could’ve—actually he has—written this three or six months ago.

Jill Filipovic, a feminist, kicks in with a piece about how Trump would be an awful role model for women. Nicholas Kristof uses his 700 words to conclude that Trump’s a racist. Maureen Dowd, who’s fascinated by Trump (and would undoubtedly prefer to write about him rather than Hillary in the next four years, as a career revival), also revealed little, though I’m sure she was tickled by her lead sentence: “Like any comic book villain, Donald Trump is reveling in conjuring a dystopia.” Putative conservative Ross Douthat said Trump was a “carnival barker.” Hadn’t heard that one before. And the top editorial observed that Trump’s a dunce (my word) on world affairs, and the importance of international alliances, saying the man doesn’t listen to anyone.

Again, you’d think there would be more than one Hillary Clinton piece aside from Gail Collins’ mash-note, just to mix up the content and provide intellectual fodder for the Times’ readers. But in 2016, that’s not the way media works: it’s preaching to the converted week after week after week. The public’s getting cheated.