Vote your conscience, or not at all. 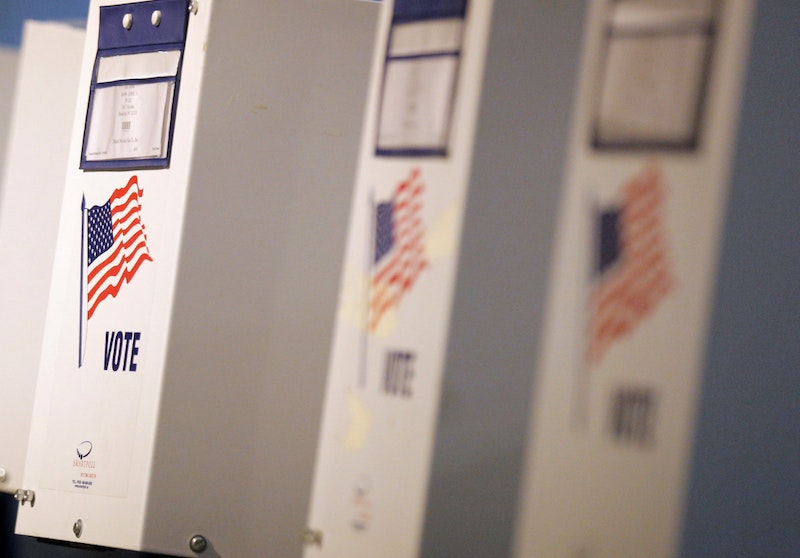 When people get cornered into supporting candidates they mistrust, disagree with, or despise, I blame the victims. For example, watch as Paul Ryan registers that Donald Trump is a racist and then supports him anyway, his face a mask of confusion and pain, on the grounds that he's not Hillary Clinton. Then watch the DNC deep-six Bernie Sanders and mobilize all its resources—including Sanders himself—to elect the oligarchy, arguing only that it's better than Trump the bogeyman.

These people are trapped, by "party loyalty" or some raw calculation of self-interest. But you needn’t be; don't let powerful people trap you into voting against your own deepest beliefs and interests, collude in your own oppression, or annex you to their manic need for fame, power, and wealth.

The first thing I want to point out is that 126 million people voted in the 2012 presidential election. The effect of any person's vote on the outcome was infinitesimal. Your vote is trivial. This is literally and obviously true, and you might take it as liberating: your vote is a single flake in the giant confetti drop. You can legitimately play with it, or use it as an occasion for amusement or an act of self-expression, or toss it into the trash, because it contributes almost nothing to the overall result.

Perhaps you'll say that it's wrong to think like that. But I want to propose a fundamental principle to you with regard to the generation of beliefs: it’s never impermissible to believe what's true. A corollary of that principle is it’s never impermissible to fail to believe what's false. Here's how they trap you: "It's a binary choice." "A vote for anyone other than Trump is a vote for Clinton." "A vote for anyone other than Clinton is a vote for Trump."

It doesn't appear to matter to anyone, but that's just obviously false. If I was thinking about voting for Clinton and instead I vote for Jill Stein, that takes a vote away from Clinton, but it doesn’t add a vote for Trump. That’s not mathematically the same as switching my vote from Clinton to Trump, which takes away a vote for Clinton and adds one for Trump. Trump, as it were, gains half a vote, like a baseball team that has an off day while its rival loses.

And that’s only in a case where Clinton was the only one other than Stein I’d consider; if I might not have voted at all, or if I toyed with the idea of voting for Trump, the effect is totally obscure or consists of a tiny fraction of a vote. It’s overwhelmingly unlikely, but I suppose you could run into a situation in which Trump wins, or wins your state, by a single vote. That doesn't mean your own vote was decisive, any more than any other’s. In that unlikely situation, your failure to vote for Clinton didn't give Trump the election any more than anyone else's who didn't vote for Clinton or didn't vote at all, but still you might feel funny.

On the other hand, if it finished in a tie, the fact that you failed to vote for Trump because you voted for Stein made it so that Hillary didn't lose. In other words, voting for Stein is never equivalent to voting for Trump.

If we keep getting cornered into a binary choice by these obviously fallacious arguments, we'll keep getting what we've gotten. Any one of us, or all of us together, can hop off anytime we like.