Can we reconcile capitalism with carework? 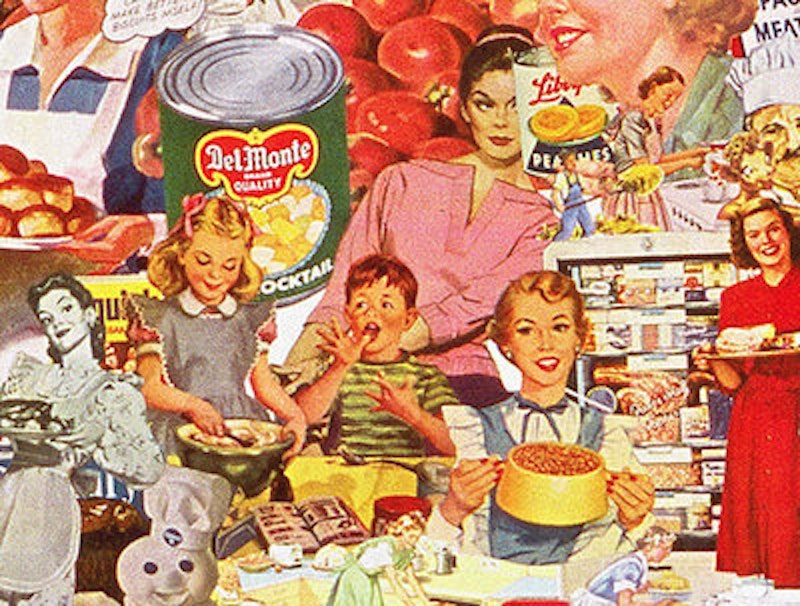 This is the third and final part of a series on social reproduction, feminist theory, and capitalism. Read part one, “Feminism and the Future,” here. Read part two, “Feminist Perspectives on Motherhood,” here.

So far, I’ve acknowledged how important social reproduction will be to the future. By admitting that importance, I’ve also agreed to reckon with a sensitive paradox, well recognized in the feminist theoretical tradition that seems inherent in the concept of motherhood itself. That very personal paradox is not resolved but instead transferred to a higher level of organization: society. This movement from the personal to the social continues to generate its own pressure, until eventually it finds expression an even higher level of organized conflict: the political.

But the commonplace public-private dichotomy is politically incoherent, and ultimately provides an unsatisfactory analytical framework for the future of social reproduction. In this third and final entry, I’ll reveal a more specifically political basis for resolving these contradictions, by examining social reproduction from the perspective of political economy.

As defined by the critical theorist Nancy Fraser, social reproduction is that category of human activity responsible for forming, maintaining, and assuring the stability of core social functions. Sometimes called carework, the tasks carried out in social reproduction include the physical, intellectual, and emotional labor involved in "birthing and raising children, caring for friends and family members, maintaining households and broader communities, and sustaining connections more generally." In other words, social reproduction includes all of the work that goes into propagating human beings, other than that which is carried out as a matter of economic exchange.

In other words, capitalism rejects or devalues social-reproductive labor and segregates it from the realm of economic production, but relies on it to sustain the economic status quo. Capitalist economic production cannot support itself autonomously, but rather survives only by exploiting and appropriating the surplus value generated by social-reproductive labor, most often carried out by women. Sexism enhances the division as a crucial means for reproducing wide-scale economic exploitation.

Fraser argues that this irrational attitude toward social reproduction—in which capitalism needs social-reproductive labor to survive, but structurally devalues it—is a contradiction at the heart of the capitalist system. This flaw generates social conflict, the pressure of which builds, and each major phase of capitalism has suppressed the conflict in different ways. In early liberal capitalism, the solution was to secure reproductive labor with gender-protective legislation and housewifization. In the state-managed capitalism of the 20th century, the welfare state emerged alongside the family wage. Now, in the present stage of finance capitalism, a confluence of globalization and neoliberal deregulation have made the two-wage household a central condition of political economy; a reduction in real wages and disinvestment in social-welfare programs have made anything else impracticable for all but the richest families.

In certain ways, the two-wage household has a feminist shine to it. It goes hand-in-hand with women’s financial independence from men, which is a crucial feminist goal. But at the same time, the two-wage household has not been immune from the ongoing contradiction of capital and care. Like the social systems before it, it has had to find new ways of securing the social-reproductive labor necessary for profitable economic production.

According to Fraser, this is occurring in two main ways. First, we see the continuous outsourcing of social-reproductive labor further and further down the ladder of economic class, such that each economic class depends on the social-reproductive labor of the economic class below it to meet its own carework needs. This happens most directly when upper-class professionals hire migrant nannies and housekeepers in order to pursue careers, forming what Fraser calls “global care chains.” It also happens indirectly through the availability of low-priced household commodities, which are often produced by the sweatshop labor of women in developing countries. This, in turn, has a detrimental effect on local social-reproductive capacities, and the labor is then carried out by poorer and poorer women in those countries.

Second, and particularly germane to the above discussion, Fraser points out that reproductive technologies are designed and promoted precisely to neutralize the pressure inherent in the ongoing contradiction between capital and care. Fraser describes egg freezing, now a corporate fringe benefit, and high-end mechanical breast-milk pumps as examples of "the fix of choice in a country with a high-rate of female labor-force participation, no mandated paid maternity or paternal leave, and a love-affair with technology." Although these measures help women balance family and career in the short term, they’re band-aids on bullet-holes. High-end commodities cover up flaws in capitalist logic instead of working them out. As with other bedrock social problems, capitalism responds to this contradiction not by resolving it, but by profiting.

In n+1, Mark Greif has written about the ongoing interrelationship between finance capitalism and babymaking. Analyzing the unlikely conceptual relationship between the 2008 financial crisis and reproductive politics, Greif drew a parallel between the monetary black magic of the finance industry and the supernatural reproductive marvel of Nadya Suleman—better known as Octomom. Owing to social trends like sex equality, reproductive technology, and widening disparities in wealth concentration, Greif notes that babies have become luxury commodities for the upper-class and liabilities for the lower-class. As a result, “Americans have been brought into a system in which they make trade-offs among earning power, individual life chances, present fertility, biomedicine, and cash, in a way that mirrors 'investment' thinking, whether they are rich or poor."

In this sense, reproduction in late capitalism, like so much else, has become economized, confirming Dworkin’s prediction in the 1980s that reproductive technology would only serve commodification, not liberation. In late capitalism, traditional class antagonisms have mutated into culture wars over reproduction, while still retaining the dynamics of political economy.

Read together, Fraser and Greif’s work suggest that even if Firestone and Piercy were right about the liberatory potential of reproductive technology, financialized capitalism is currently working to distort and appropriate that potential. This takes the form of a lucrative market in commodified reproductive technology, which generates revenue even as it secures and exploits the social-reproductive labor necessary to support endless capital accumulation.

We don’t need to wait for Dworkin’s gynocide before coming to terms with the fact that a just, responsible approach to social reproduction is inconsistent with the basic demands of finance capitalism. The Left should focus on how to resolve the contradiction in a meaningful and long-term sense, rather than pay meager lip service from the neoliberal center. The problem’s immense, and only a committed union of feminist and socialist approaches will suffice to meet the dangers posed by the latest ideological mutations from the right, including masculinist and neo-reactionary misogynies that are themselves perverted responses to the same social contradictions identified by Fraser and Greif; Steve Bannon speaks of a “crisis of capitalism.” As Fraser says, "This crisis [of social reproduction] will not be resolved by tinkering with social policy… [but] through deep structural transformation of the social order." Whether that transformation will engender Piercy’s egalitarian paradise, or Atwood’s patriarchal hell, remains to be seen.

It bears emphasizing that there are as many attitudes toward motherhood as there are individual women. For reasons that should be obvious, control over the future of childbearing must mainly rest with women, both as free individuals and as a politically constituted social class, and not men (whatever their motives). But for both men and women the question of social reproduction must be taken seriously and understood to be a shared concern. As Middlesex University professor Emma Dowling has argued:

“Excavating the political economy of love and intimacy means recognising our social relationships require collective responsibility… As our material precarity increases, rejecting precariousness in our love relations would be a good place to start to build affective resistance and with that, other possible worlds of love and care.”

If we’ve been looking for an “answer” this whole time—grappling with what feels like a deadlock over love, freedom, and the future—then perhaps Dowling’s suggestion is all we need aspire to. The extent to which we can reform our understanding of love and care to exceed the bounds of the personal and private, and instead come to understand it as a social and interpersonal project, will set the condition for our ability to move into a future that is not merely female, but feminist.