The Times Op-Ed Page Doesn’t Get It

Bowties got nothing to tell us. 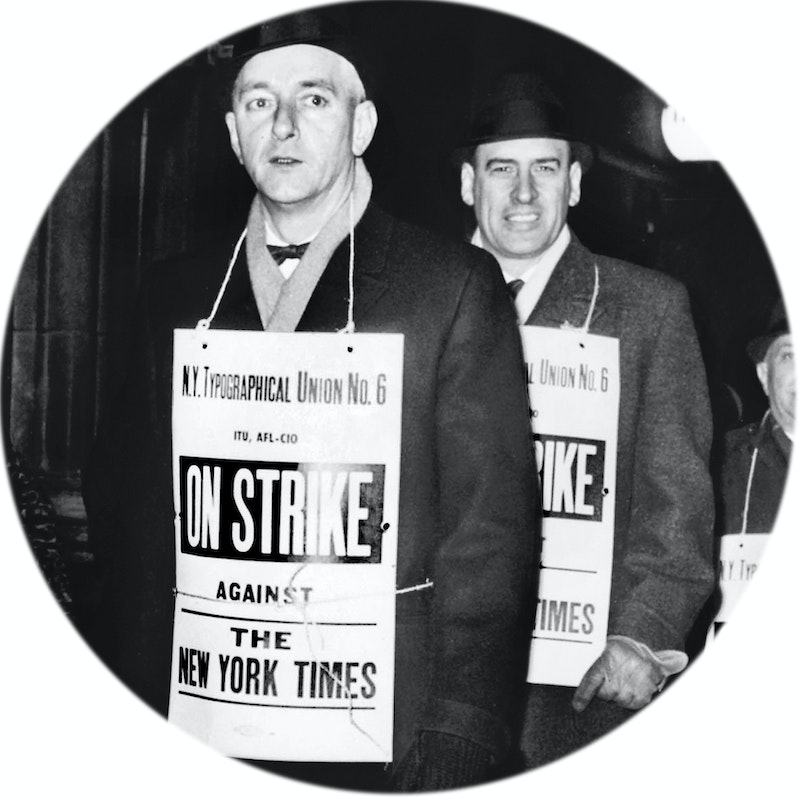 Over at Vox, a fellow named David Roberts has to get mean: “We are witnessing a massive revanchist upheaval—against bourgeois morality and standards of conduct, against changing demographics and economies, against assumptions about governance and respect for norms, against the status quo—by a culture that is stagnating even as the country changes around it, which it experiences as a loss of dignity and prestige.”

He’s talking about Trump voters: the white yokels with their big screens and their backyard meth (here I embroider). The old fucks dying slow. The young dopes chasing Oxycontin. Those idiots who voted on that stupid day the November before last.

On November 8, 2016, The New York Times heard those people knocking at the door. The paper decided to let them in. Hence feature stories about beleaguered folks in what Ronald Reagan happily called South Succotash. Hence an op-ed page where liberals must hear conservatives opine. That is, most of the Times readers are liberalish, but many of the op-ed writers are conservative, and that way the liberal bubble is pierced. The Vox piece points out the swindle involved. Trump voters did the knocking, but Bret Stephens walks in the door. If Bret Stephens mattered, Marco Rubio wouldn’t be getting slapped around at town halls. Rubio would be exchanging toasts with foreign leaders, and Stephens would still be at The Wall Street Journal.

Yes, the Hillary Dems got knocked from the saddle that November, but the bowtie Republicans got knocked down six months before them. Now the emigrés take shelter at the Times op-ed page and MSNBC. The polite refugees sell their needlepoint and act as dancing masters, and across the Channel their old domain goes to clamorous, red-streaked hell.

Again, I admit to embroidering on Roberts’ point. Here’s how he puts it: “So how many of these ‘true’ conservatives did there turn out to be? Almost none! A few intellectuals and writers have jumped ship (David Frum, Bill Kristol, George Will), but the Wall Street Journal, Fox, Breitbart, and the rest have happily adapted to acting as state media. For all intents and purposes, Trump commands the support and loyalty of the GOP coalition.”

All true. The briefcase conservatives, the counterparts of the standard Times readers and writers, proved highly dispensable. Now that we have them, they’re the handle that came off the conservative steamer trunk.

The Hillary Democrats may be just another handle ready to snap off from an awkward piece of luggage. Roberts says the Times “could hire a columnist to represent the resurgent left, which rose alongside, but is not dependent on, Bernie Sanders. It stands on its own as a reasonably coherent social critique and policy program, involving greater social provision of basic services, and there are tons of writers who could do it credit.”

I’ll take his word about the writers. The rest is obvious and the Times is blind.