Jordan Peterson Lives in an Odd World of Grand Narratives 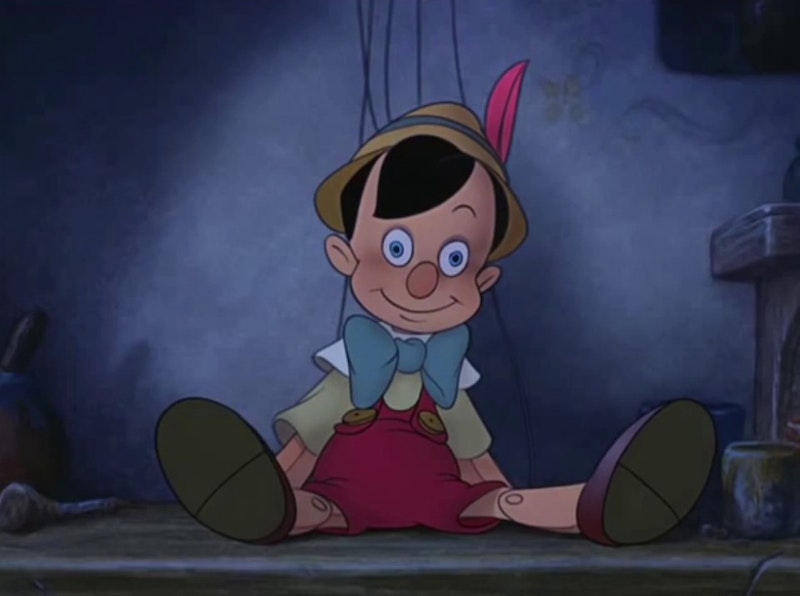 Whether he’s lecturing on the Old Testament or explaining why you should stand up straight with your shoulders back, Jordan Peterson, the controversial psychology professor at the University of Toronto, has a strange appeal.

The language he uses is often a bit grandiose (words like “malevolence,” “hell,” and “chaos”) and he does sound a lot like Kermit, but he’s an entrancing speaker. And I can understand why his lectures about ancient archetypes, evolutionary psychology, natural hierarchies, etc. are attractive his fans. Plus, his brand of intellectualized self-help is certainly more engaging and less trite than anything you’ll get from Dr. Phil or Tony Robbins.

Peterson’s popularity surged when he publicly opposed a Canadian bill that would’ve expanded the definition of discrimination to encompass gender identity. He was particularly incensed at the prospect of having to use neologisms like “ze” and “hir” in reference to various forms of gender expression—language crafted by the cultural Marxist brigades. As he put it in a CBC interview: “I don’t believe that other people have the right to determine what language I use, especially when it’s backed by putative legislation.”

Fair enough. Peterson’s criticism of authoritarianism on the left usually makes sense, and it’s the reason why he’s revered on the right (as well as among people who are slightly more difficult to place on the ideological continuum). But it would be misleading to describe Peterson as just another campus free speech activist. He often explains that people are initially attracted to him for his fiery denunciations of the “regressive left,” but they stick around to get his take on Genesis (not the band) or learn how to become a top lobster.

There’s nothing frivolous about the self-help side of Peterson’s work. Just listen to one of his Q&As and you’ll see how valuable his advice has become to thousands of people—many of whom are in desperate, often harrowing situations. One questioner wanted to know how to reveal his paranoid schizophrenia to future partners. Another asked what he should do about the fact that his wife despised their adopted child. Listeners have asked him about everything from living with cancer to the emotional consequences of infertility to coping with a suicide in the family.

Peterson’s more than an intellectual—he’s become a sort of spiritual and ethical guide for a massive, growing audience. But this is why we need to listen to what he’s saying more carefully, which is difficult to do with the sonic boom of his rise (and the clamoring controversy surrounding it) reverberating in our ears.

After listening to dozens of his lectures and interviews, I’ve noticed that Peterson is often cartoonishly hyperbolic—a dangerous habit to indulge in front of a huge audience of frustrated young men. For example, in a conversation with Joe Rogan, he described the gender pronoun police as “reprehensibly murderous. So guess what? I’m not going to say their words, period. Because I know what they’re like—I know where that leads.” Where does it lead? Another Holocaust? Another Gulag? The end of the world? When Rogan reasonably suggested that most people think the move from a preoccupation with neutral gender pronouns to mass murder is a “gigantic step,” Peterson responded that “the ideology is murderous, not the people.”

Then he launched into a diatribe about the horrors of the Soviet Union. Peterson doesn’t seem to understand that epic extrapolations like these have toxic consequences. By constantly sliming his political opponents with labels like “postmodern neo-Marxist,” he isn’t just producing absurd caricatures—he’s convincing a significant proportion of his audience that hysterical college students and their indulgent professors are the harbingers of a new Stalinism.

After Peterson decried the murderous ideology of the pronoun police, he urged listeners to read Aleksandr Solzhenitsyn’s Gulag Archipelago—in case they needed another reminder that we’re perched right on the edge of enforced starvation, purges, and mass murder. This is its own form of hysteria, and it’s only going to widen the gaping political and cultural chasms that already exist in our society.

And Peterson’s alarmism isn’t limited to pronouns—he also thinks we’re living in a “radically unstable” situation that could collapse into “chaos” at any time. In a different discussion on Rogan’s podcast, he suggested that the catalysts for this collapse could be the journalists who wrote critical articles about James Damore (the Google engineer who wrote a memo that outlined differences between men and women).

Take a moment to marvel at the sheer strangeness of this argument: “Let’s say things go really badly in the next year. Well, then, each of those journalists might be able to sit at home and say, ‘Hey, I played a causal role in bringing about this state of murderous collapse because of my little ethical lapse when I was covering the James Damore memo.’”

Peterson lives in a world of grand narratives—heroes and villains; heaven and hell. But he needs to understand that hundreds of thousands of people are now a part of his story, which is why he should throw out the chapters on impending chaos and bloodshed. Disgruntled college students aren’t Stalinists, gender pronouns won’t lead to totalitarianism, and our society isn’t on the verge of murderous collapse.