Mysteries of Conservative Media in the Age of Trump 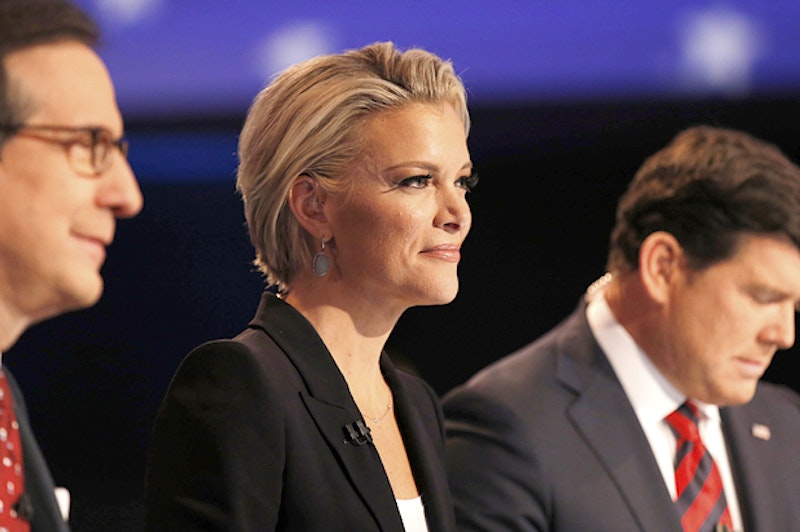 Wall Street Journal editorial page editor Paul Gigot wrote an editorial about the Obama wire-tapping flap, and it had this memorable line: “The president clings to his assertion like a drunk to an empty gin bottle.” That’s quite a slap at Donald Trump. Yet one gathers that Gigot forced out his deputy editor Bret Stephens and features editor Mark Lasswell because they were hostile toward Trump. We have this from a new piece by Politico Magazine on conservative media. The piece reports a “cold war” between Gigot and his deputy, “bitter feuding,” the division of editorial page personnel between those for Trump and those against him, with Gigot as leader of the pro-Trump faction. But the article also reports Gigot’s stinger about the gin bottle.

How did he come to write that line? There’s a question a better piece might answer. Politico’s article proudly tells us it’s based on “interviews with nearly two dozen sources inside various news organizations.” The author, Eliana Johnson, appears plugged in: she worked at Fox News and is now Washington editor for National Review. But her survey of conservative media in the age of Trump is a ramble that lets stones rest unturned. The article reports Steve Bannon’s account of how he and Roger Ailes stopped being allies because Megyn Kelly was so mean toward Trump. But we don’t learn why she asked poor Trump all those tough questions. Bannon’s disgruntlement with Kelly is already known, given the articles Breitbart ran against her when he was the site’s CEO. But the root of this disagreement has never been laid bare. Yes, Fox News was dubious about Trump, but why have Kelly (and her debate co-moderators, Bret Baier and Chris Wallace) make such a point of grilling him?

I don’t suggest that my questions about Gigot and Kelly would unravel the article’s claims. Bret Stephens really did quit the place for the hated New York Times, and he denounced the right’s capitulation to Trump as he went. But we know this because it’s public record, as is the Trump’s camp great unhappiness with Megyn Kelly. As long as somebody’s talking to nearly two dozen insiders, we might get more of a lowdown.

My personal theory about the Kelly rift is that Fox figured on a conservative voter who doesn’t really exist. Ailes and the network’s other news honchoes believed right-wing guff about the tough, disciplined nature of the conservative temperament, including the temperaments of the Barca-Lounge residents who play Fox on their TVs. Guy wants to be lead dog and he’s new to the pack, guy had better prove himself—that would be the calculation of Fox viewers regarding candidate Trump, or so Ailes and his crew told themselves. Ailes, who’s known Trump a long time, may have counted on the big baby raising a wail in mid-debate and then glowering at Kelly and menacing her. Trump would turn himself into a villain in a pro wrestling match, a bellicose clown who threatens a good-looking blonde, and a few debates later Marco Rubio would vanquish the ogre and look like a hero.

If my theory is right, Trump behaved just as puppet-master Ailes expected. But Fox viewers didn’t come through. They took the side of the big baby and took it hard. To a liberal this makes sense. Ailes himself is a big baby who looks for cheap, nasty ways of feeding his ego (such as harassing women and abusing immigrants). This slob spent decades producing broadcasts that flattered the outlook of other slobs. Then the biggest slob of all came by, and the slob army liked this new slob just fine. That was to the consternation of Ailes, the old slob, who—like everyone else in the above scenario—had no idea that he was a slob or that he was dealing with other slobs.

There we have Fox and the Republican base in the age of Trump. But what about Paul Gigot and his gin bottle stinger? For that riddle I don’t even have a theory. Eliana Johnson could’ve helped, but the mystery remains.