Bret Stephens Is Not Running for President

The media pack treats a move uptown by one of its own as if investigating a cabinet appointee. 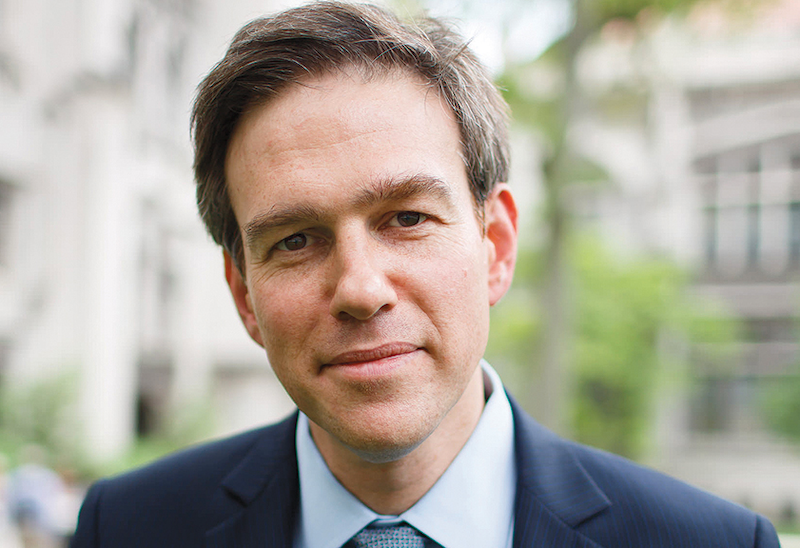 Does the media class see its job as vetting the hiring of its colleagues as if they were presidential nominees? The coverage of columnist Bret Stephens’ move from The Wall Street Journal to The New York Times would suggest as much.

The Stephens job-switch is absolutely some sort of important moment, we’re told. Twitter was buzzing. The Jerusalem Post, where Stephens served as editor before leaving in 2004, announced his move to its readers under a graphic that reads BREAKING NEWS.

Stephens, who won a Pulitzer Prize for commentary in 2013, has seen his views dissected and chopped apart over the last five days. None more so than his writings on the Middle East. This is not new for Stephens, however. In 2012, Peter Beinart needed 2,730 words and two researchers just to reply to Stephens’ review of Beinart’s book The Crisis of Zionism. Which Stephens did not like, it is fair to say. “… factually cavalier and emotionally contrived,” Stephens wrote.

New York Times public editor Liz Spayd, in a piece written with a fine political touch, pointed out that “More complaints came into the public editor’s office than at any time since the election, with many readers threatening to cancel their subscriptions. (I’m told relatively few actually have.) Inside the building, some of Stephens’s future colleagues posted his ‘greatest hits’ on a bulletin board.”

Welcome to the team!

But the hysteria following the announcement about Stephens took a weird turn, when in a Huffington Post piece under the byline of Michael Calderone and Nick Baumann, Stephens is made to spin his views on climate. As if he were, I don’t know, Sean Spicer, maybe. Or Neil Gorsuch meeting for a brief chat with the hard-working staff of his good friend Sen. Al Franken. The piece helpfully warns: “Although many progressives may be frustrated by another interventionist voice joining the Times’ opinion writers, it’s Stephens’ views on climate change which have prompted the strongest backlash so far.”

The charge that Stephens is a “climate denialist” is “terribly unfair,” Bennet said. “There’s more than one kind of denial,” he continued. “And to pretend like the views of a thinker like Bret, and the millions of people who agree with him on a range of issues, should simply be ignored, that they’re outside the bounds of reasonable debate, is a really dangerous form of delusion.”

More Than One Kind of Denial: The hot new mystery from HarperCollins. Look for it at top booksellers everywhere.

The piece then quotes Stephens as describing himself as a “climate agnostic.”

The ridiculousness of this comes not only in the careful, politicized parsing by journalists who are showing they’re apparently spending too many hours a day too close to political-speak. But more so in the notion that reporters who cover this sort of thing would even conceive of reaching out to both Stephens and his editor in such a manner. To request that they explain and defend the views of the nominee, as it were. And that Stephens and his new editor would go along with this; that they’d respond in character, and with such cloying mush. This is not what Stephens is known for.

Take this tweet from Stephen’s soon-to-be New York Times colleague Declan Walsh. Stephens’ 2016 piece in question uses the handshake-refusal of an Israeli judo competitor in the 2016 Olympics by his defeated Egyptian opponent as an example of a problem. Or the problem.

“If you want the short answer for why the Arab world is sliding into the abyss, look no further than this little incident,” Stephens wrote. “It did itself in chiefly through its long-abiding and all-consuming hatred of Jews.”

Walsh’s reply tweet, on top of a “hat tip” to the British think tanker H.A. Hellyer: “Not cool.” Perhaps instead of Not cool, bro, likely because Walsh ran out of characters.

Not cool! Agnostic! More than one kind of denial! Views that have sparked a backlash! Self-important journalists taking media-spin lessons from politicians? The alternative facts are convincing.