The Lesson of the Hammer 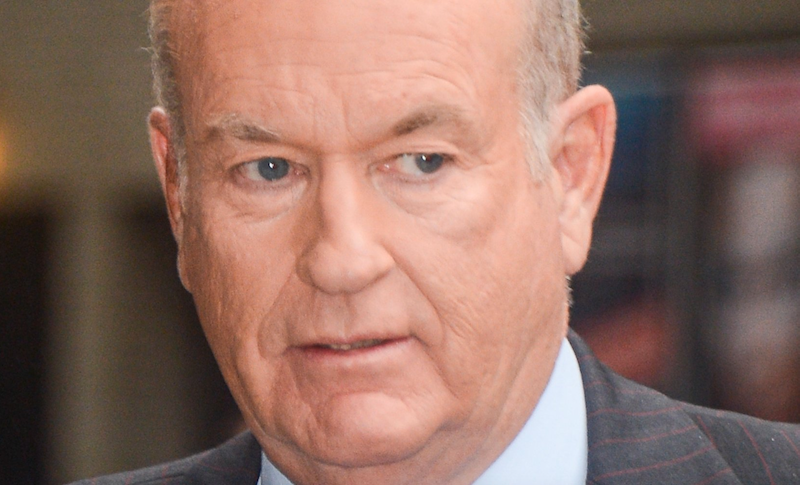 It seemed like a good idea at the time. “I am coming after you with everything I have,” said Bill O’Reilly. “You can take it as a threat.” The big man said this to Emily Steel, a reporter at The New York Times. She was writing about the controversy over his claims (shaky, not to say fictional) to have covered frontline combat in the Falklands War. O’Reilly wouldn’t take this ankle-biting. The thermometer popped inside his head and the words thundered out of his mouth.

Two years and two months later, Steel’s name is under a headline that reads “Bill O’Reilly Is Forced Out at Fox News.” In between she’d co-written the story that did him in, the one revealing the five-woman string of legal settlements that added up to $13 million. O’Reilly might’ve figured that, if he had to pay this much in hush money, yelling at a woman might not get her to shut up. But he went ahead. By temperament O’Reilly is nothing but hammer, and nails surround him. This approach to life makes him gold when it comes to attracting a certain demographic of TV viewers. His fans love a show of righteous anger landing from on high, and they figure the world’s organized by testosterone and chest-bumping.

Too bad. Shock and awe flopped in Iraq, and it did again with Emily Steel. As big a noise as O’Reilly made, it was just noise. She could put the phone down and type up the latest she’d learned. Posturing—O’Reilly’s great gift as a TV artist—didn’t matter so much off the screen. Facts and the law did; and when the right facts came out, members of the public generated noise that rivaled the sort O’Reilly specialized in. This noise was collective, the din of tweets and posts that stampeded Mercedes-Benz, BMW, Allstate, and the like into dropping the fool days after news of the hush payouts.

The small brought down the large. Sometimes that’s a tragedy, but in this case the large didn’t amount to much. O’Reilly’s big the way a parade float is big. He takes up space, he draws the eye, he sends a message. But that’s all he does. Be in his presence and no doubt you see a room commanded. Put him on TV and souls—of a certain sort—experience a thrill. But he excels only as a presenter. His skills are for inflection and tone, the little tricks of presence. He isn’t brave or smart or honest or strong. He’s loud in a very well-crafted way, and that stands in for the rest.

Strength was the quality that undid him. Not because he had it, but because it was the quality that he cared about most and spent the most time fabricating. The behavior that did him in? That was him being strong, in the sense (his distorted sense) of being more powerful than the person in front of him. Read about O’Reilly and what he got up to with his accusers, and you read about a man fondling and inflaming the sense that he’s very much larger than the other person at hand.

By such methods O’Reilly mistook himself for the man he pretended to be. Then he came to grief against the real world. He yelled at a woman whose career he couldn’t damage, and now he’s discovered what yelling is good for.