An interview with activist Dayton Martindale. 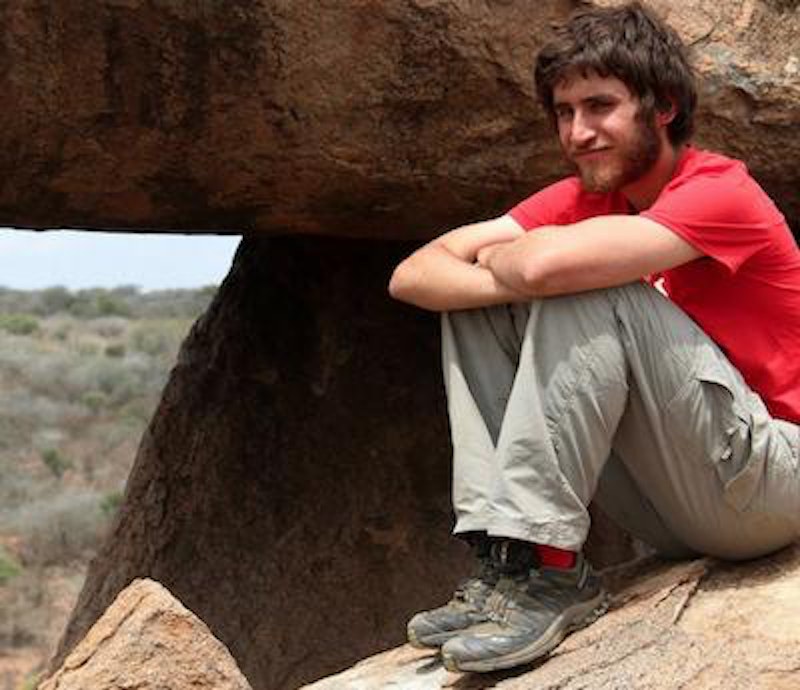 Dayton Martindale is a founding member of the Democratic Socialists of America's Animal Liberation Working Group. At the time of writing, his effort hasn’t yet received formal recognition from the broader organization. The associate editor of In These Times discussed capitalism's adaptability, animals in Marxist theory, and more in the following interview.

SPLICE TODAY: How would you describe your economic politics?

DAYTON MARTINDALE: I identify loosely as a libertarian ecosocialist. I want to see the end of class and other hierarchies. In the short term that means developing and expanding worker- and/or community-owned cooperatives aimed at social and ecological benefit; time banks and/or local currencies to build community and give cash-poor people a way to make ends meet; gardens and community land trusts for democratically run food production and affordable cooperative housing.

In the long term something like communism as envisioned by Marx or Kropotkin, or in Ursula K. Le Guin's novel The Dispossessed: from each according to ability, to each according to need, where social bonds and reciprocity replace conventional money and market relations. An important part of economic democracy is political democracy: confederated networks of local assemblies where communities are empowered to control their own lives.

And another part of that economic vision is that it's ecological—extraction is reined in, we use (on net) less energy and raw material, more stuff is reused, and the ethos is less consumerist.

ST: How have your views regarding animals been received on the socialist left?

DM: A variety of responses. In college, a lot of my socialist friends were also vegetarian or vegan, or at least ecologically focused, so I thought most leftists cared about non-human life. Once I graduated I realized that wasn't the case.

I've had a lot of conversations with meat-eating leftists where they seem really receptive, even explicitly tell me they think my argument for animal liberation is correct or that they don't have a good counter-argument. Some want to continue the conversation and I think they’re potential allies, but then there are others who don't really care to follow up and tell me they are content to remain, in their own words, hypocritical, inconsistent or irrational on this issue. Which always surprises me coming from people who are otherwise driven by strong moral and political principles, a willingness to question and challenge the status quo.

I've also met many socialists who are personally vegetarians but don't necessarily integrate that into their politics. They don't think fighting for non-human animals is a high priority or winnable, necessarily. But I've also come into contact with a lot of people who share the politics of animal liberation and are excited to see it brought into left spaces. The other vegans have maybe felt isolated in socialist spaces in the past and, even if they can't get involved with the working group, support what we're trying to do.

ST: Does DSA have any official position on animal exploitation?

DM: Not explicitly, to my knowledge. There is language on establishing “a humane social order” with “non-oppressive relationships” opposed to “environmental destruction,” so to me if you put all that together you come to something like an opposition to exploiting non-human animals. But it's not explicit.

Speaking for myself, I think changing that would be a high priority for the working group. A lot of those who expressed interest in joining thought our most important short-to-mid-term role would be to get the issue on the table (so to speak) within the organization. That could look like a lot of things: hosting educational potlucks, film screenings and/or reading groups in local chapters; op-eds in DSA and other left publications; memes and tweets online. We could cook vegan food for DSA events and have little leaflets.

Another direction is to talk with other working groups about a DSA purchasing guide: don't buy from companies that, say, are union-busters, or use prison labor, or are targeted by BDS. And maybe don't buy so many corpses of nonhuman animals. My dream is for animal liberation to be automatic in any socialist/left politics. I don't think you can fight for justice and equality without including everyone, and everyone isn't just humans (though of course it includes humans in very significant ways).

ST: Is there any way in which speciesism is used to further human class exploitation?

DM: I think there are a million ways in which speciesism and human supremacy further human class exploitation, and other oppressive hierarchies. In the industrial farm, for instance, as conditions grow worse for the captive non-humans, conditions grow worse for human workers as well. You sometimes see videos of workers abusing cows or pigs in a farm, and it's atrocious, but you have to wonder: is it entirely the worker's fault, here? Or is it really the corporation that is benefiting from exploiting both, from putting them in stressful, unhappy conditions that turn the human worker against the cow?

Another example, one that goes both ways, is the undergrad or grad student in the lab. Their boss is often a professor who's been killing mice for decades and doesn't give it a second thought. The student is in some sense a precarious worker—they don't want to question their boss for fear it means they can't advance in the field. So they'll start doing experiments and mass murdering these rodent prisoners and consciously buying into the speciesist culture of the lab until they're as hardened as the professor. Speciesism is normalized enough that there's little incentive to speak up, though I know from reading testimonials and also from talking to personal friends that undergrads often have hesitations when they first start vivisecting.

More subtly, I think the very existence of the category of the “animal”—the idea in our minds that some beings are less than, dumb brutes there to be used and exploited—is something that has helped enable countless historical atrocities, and intersects in mutually reinforcing ways with how we classify race, gender, ability and class. To undo one of these hierarchies means confronting the logic of hierarchy itself.

ST: How would you respond to the suggestion that personal veganism is an individualistic solution to a systemic problem?

DM: I think it's true. That doesn't mean personal veganism is useless. I've been vegan for more than five years: it's a way of reaffirming my values and prefiguring the meatless world I'm trying to build, and acts symbolically on people in my social networks. My vegan diet has led to conversations about animal exploitation, and I think changed a lot of people's minds. And contrary to popular belief, it's usually them asking me about veganism—not the other way around.

That said, vegan diets alone aren't the answer. It's going to take structural political and economic changes to win real liberation for animals. Individual choices can to an extent help feed into that, but it’s also going to take massive amounts of collective action. I've written about this question in a climate context—is it worth flying less, driving less, eating less meat—and come down in a similar place. It definitely is, but mainly insofar as it feeds political action and starts building the world we wish to see in the here and now, less for its direct effects (though those can matter too).

DM: I strongly doubt it. On the one hand I do think capitalism is flexible. It adapted to abolition, suffrage, the New Deal and all these things. It's managed to appropriate aspects of left-wing movements from environmentalism to queer liberation. So maybe it could adapt to a phase-out of the meat, dairy, and egg industries. But even if it did, I don't think it would end species oppression—vivisection may survive, for instance, and the killing and displacement of wild animals will go on apace.

But really, I find such a vegan capitalism unlikely. So long as corporations are beholden to shareholders, ethics will take a back seat to profits. We may have capitalism with lots of vegan food in it, far more than we have now. But to actually get rid of animal agriculture I think it’ll take democratic control of the economy, and even then it’ll be a struggle.

ST: Jason Hribal has argued animals should be considered part of the proletariat. Bob Torres has said such a definition obscures the difference in revolutionary potential between animal and human laborers, and that animals are in fact super-exploited living commodities. Where do you stand in the debate?

DM: I've read Torres' book, Making a Killing, but should say I'm not an expert in this debate. However, I've always liked to think of non-human animals as workers. They face some of the same challenges—capitalism's drive for profits makes their “jobs” worse—and large sectors of the economy run on their labor.

And if you want to talk about revolutionary potential, there's some there. When cows escape from slaughterhouses they'll often go viral on social media, even among beef eaters. The escape is a worker refusing to cooperate—a wildcow strike?—and, through that refusal, gaining public support. Or look at how orcas' refusal to cooperate have put SeaWorld on the hot seat. Maybe it's not the same as human organized labor, but it's worth looking at. That's not to say that “super-exploited living commodities” isn't a helpful concept, but I wouldn't give up on the worker framing.

The last thing I'll say is that different animals might play different roles in capitalism. A goldfish in a little glass bowl is different than a seeing eye dog is different than a circus elephant. I'd need to think more about what those differences suggest as to strategies for liberation.

ST: British socialist Richard Seymour has said the relationship between animals and humans in Marxism is under-theorized. Do you agree?

DM: Definitely! Perhaps what's most lacking is a theory of change and some vision of what we're working toward. There's a book Zoopolis that has a creative sketch of a liberal vegan legal and political framework, and it's worth reading, but I haven't seen an equivalent radical text. How do Marxist theories of change envision transforming the position of nonhuman animals? Maybe there's stuff out there, but not that I've encountered.