Companies like Google and The New York Times will scramble to survive. 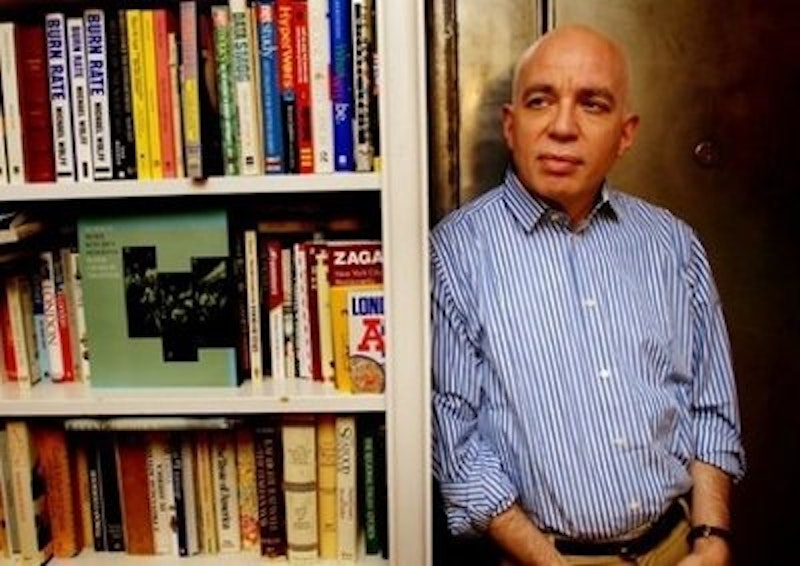 Michael Wolff is not a popular man in the journalism business—labeled a doomsayer, Rupert Murdoch suck-up, crank, and when critics get nasty, a failed Internet entrepreneur—which is one reason I read almost everything he writes. If someone so upsets both legacy media (especially The New York Times) and digital snoots like Jeff Jarvis, what’s not to like? He’s a wandering writer-for-hire, with notable stints at New York, Vanity Fair and now USA Today. I’ve undoubtedly left some out—I think there was a Guardian cameo—but he’s prolific, and an author of several books as well.

Wolff’s latest crime, published Monday in USA Today, takes on the current scare—to the media industry—of ad-blockers on digital sites, a popular innovation for readers, and one that Apple is smack in the middle of. What’s most frightening, not only to companies like the Times or Dow Jones, but also Google and Facebook, is that if ads are blocked on mobile devices, the decrease in revenue will be potentially crippling. Wolff writes: “The fundamental premise of consumer advertising, and of the traditional media business, is of course that ads are unavoidable. As fundamental a premise is that if people can avoid advertising, they do. And further: As soon as they do figure out how to circumvent advertising, they don’t go back to it.”

Curiously, Wolff doesn’t even mention why print advertising—when it was plentiful—was successful for so long. For example, when I read the print edition of The Wall Street Journal each morning, I can’t avoid ads that are opposite a story I’m taking in. Similarly, in the print New Yorker, if you’re reading a long story, filled with text-only pages on the left side, it’s impossible to at least unconsciously remember the full-page ad on the right side. (That’s why right-side, opposite text-only, was always a desirable destination for advertisers, and they often paid premium rates for that privilege.) In The New Yorker, I probably won’t patronize the car dealership or exorbitantly expensive clothing store, at least immediately, but an ad for Tiffany’s, say, will remind me at certain times of the year—my wife’s birthday, Mother’s Day, Christmas—that there’s shopping to do. In my own background with weekly newspapers, readers often picked up the paper almost solely for the ads, the kind of restaurants and boutiques that couldn’t afford the rates of glossy magazines or dailies. And of course, the classifieds, a sector that was decimated years ago.

I suppose to Wolff, the very notion of print is so passé that he didn’t find it necessary to bring it up again—that was his beat a decade ago. Anyway, it seems to me that digital advertising is a scam, anyway: do you ever click on ads that appear on the websites you peruse? Of course not; I don’t either. I find it creepy on Facebook, for example, that an ad for a DVD that’s in my Amazon cart appears, but I already know about that. Furthermore, although I won’t get on the ad-blocker bandwagon, even if it’s free—it’s undoubtedly a pain in the ass to install—millions upon millions of readers will hop to it. But there are some websites that I just never visit because they’re too fouled with pop-ups, banners, and other annoyances that it’s impossible—or difficult—to read an article. The Daily Caller is one example; New Republic gets tiresome as well. Same for The Daily Beast. Some websites that I value, like Real Clear Politics, has a one-step click to get away from the ad, and that’s fine.

As noted above, Wolff and “digital media apologist” Jeff Jarvis have mutual contempt for one another, and in this article the former lets his antagonist have it. Wolff writes: “[Jarvis’] suggestion that ads ought to become smart and engaging—that technology properly applied could make ads smarter and engaging—was less a solution, than an acknowledgement that there was no solution. Because advertising does not ever get better; at its best, it is intrusive—hence people (at least sentient people) will always block if it if they can… It is, for better or worse, and whether we know it or not, or are prepared for it or paralyzed by the incomprehensible horror of it, a post-advertising world. That’s the media revolution. Not technology.”

And that’s why companies like the Times, burdened by an unsustainable number of employees, are in real trouble. Executives there quarterly tout their increase in digital advertising, leaving out the uncomfortable fact that such advertising brings in a pittance of the revenue once tallied by print ads. So, if Times readers block the paper’s digital ads on their phone, tablet or PC, which they will, the vast reduction in size of the enterprise will come sooner rather than later.