Race and sex dumb topics for all, notes Todd Seavey. 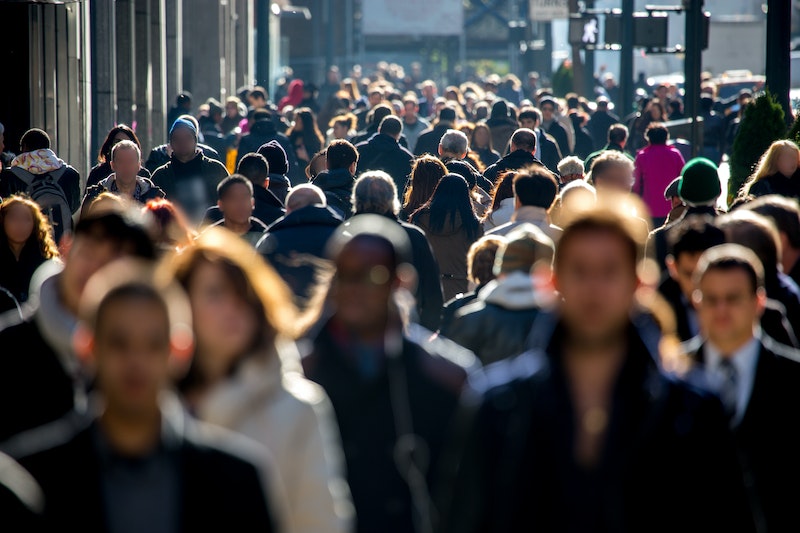 Independent thinkers are what humanity needs most, but groupthink is what we usually get—and thinking about groups instead of individuals. The sweeping assertions and tribalist assumptions occur on both left and right.

The racism and sexism on the right are the most often criticized, but we also see things like that recent on-air Virginia shooting crassly reduced by the liberal Los Angeles Times to the question “Are We Afraid to Watch White People Dying?” The lefty version of obsessing over the oldest, dumbest topics is also ultimately what led DeRay Mckesson to tweet and delete his annoyance at the shooter’s insanity being used as an excuse—when Mckesson mistakenly thought the shooter was white.

The sweeping tribal generalizations get deployed selectively, of course. Lefty journalists race to publicize studies showing homophobes may have psychotic tendencies but aren’t as quick to tout studies suggesting about two thirds of serial killers are gay men. You can repeat the fact that serial killers tend to be white men as many times as you like, though.

No abstractions for the genital-and-skin-watchers of any faction, though. Instead of “property rights violators” it’s “the blacks.” And at the same time, instead of “demilitarize policing” or “equality before the law,” it’s “black lives matter!” Lately, similarly, instead of philosophical arguments against feminism, you get rude menstruation jokes from a presidential candidate jabbing at all women. And over on the left, almost making me nostalgic for older complaints about the patriarchy, it’s “White feminists need to shut the fuck up and let women of color lead.”

Instead of talk of free trade and the free movement of labor, it’s “Mexicans bad” or “La Raza.” Instead of economics, it’s the calculatedly tribalist appeal “The union makes us strong.” Instead of non-violence in general, it’s anger at sexist men specifically. Instead of freedom of speech (including religion), it’s “Let’s stick penises on that religious tapestry” or “Don’t insult our Lord!”

Concrete. Specific. Moronic. That’s just the way most human brains work, and it’s not going to change any time soon. Not without some sort of huge gray-matter-enhancing biotech revolution or powerful cybernetic implants. Humans as they are currently constituted, if asked to look around for an important political topic, will keep returning to the first things they see and react strongly to: dingdongs, hoohoos, and skin color, whether they react to them in lefty or righty fashion. There is no hope.