Resemblances to Persons Living or Lame Are Purely Coincidental

On “Slow Boy,” a one-off, Converse-sponsored single between J. Mascis and Kim Gordon. 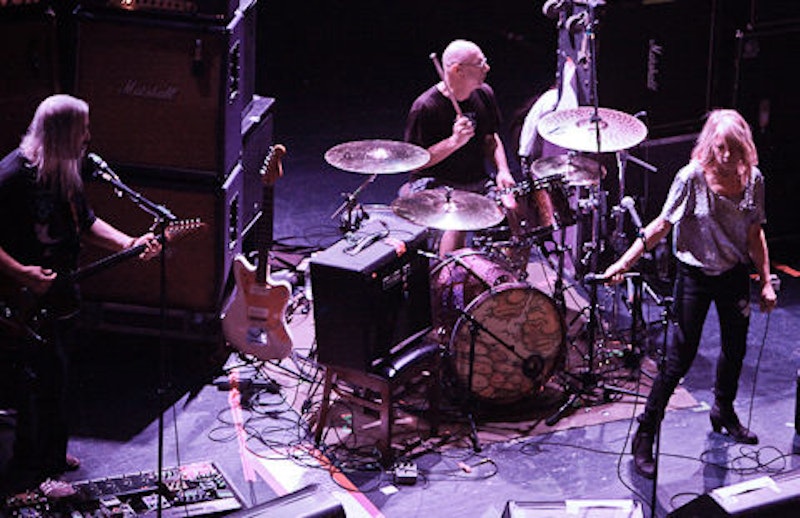 When “Slow Boy” surfaced a few months back, I jammed it a few times, shrugged, and moved on. The song sounded like a spirited throwaway session between two old friends, neighbors, and tourmates who happen to be Sonic Youth’s Kim Gordon and Dinosaur Jr’s J. Mascis. For those well-versed with both bands, it’s easy to what powers this collaboration for granted—Gordon’s sheared snarl, Mascis’ warped fuzz-out guitar—even as one overlooks how ably these elements complement one another. Relative familiarity makes short work of awe; the kinetic sting and unintelligible lyricism means that “Slow Boy” passes in a blur, almost unnoticed, until you regroup and lend another ear.

What you’ll observe upon the return engagement is a taut, diagrammatic microcosm of Bush I-era rock ’n’ roll: willful walls of feedback and dissonance, virtuosic guitars windmilling along the Sunset Strip and around Boston basement venues, the spiteful slinging of verses that verges on sloganeering, a voice sucked through an array of effects and propelled into outer space. Everything sounds smudged and desperate, yet calculated and calibrated for maximum mosh-pit potential. “Slow Boy” could turn up on a compilation or mixtape between pre-instrumental era Black Flag and an early Nirvana number, and no one would bat an eyelash; it feels like a tribute to a time where springing for a spare pair of Chucks would have been a luxury for Mascis or Gordon.