Why the once-reputable journalist is sabotaging his reputation is a mystery. 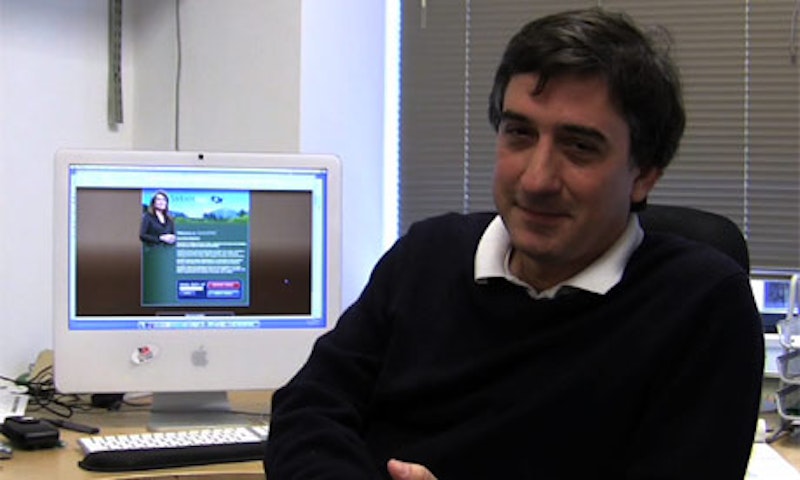 It’s a long-running joke that at least 80 percent of pundits/journalists are in the tank for either the Democratic Party (the majority) or the GOP. Usually, they try to shade the partisanship, as Washington Post columnist E.J. Dionne did today in writing about CPAC, more in sorrow than anger, of course, and focused on the unelectable loudmouth Ted Cruz and yesterday’s news candidate Paul Ryan. That he didn’t mention Rand Paul, the star of the conference, was willful deceit.

But no one in the Beltway rat den comes close to Michael Tomasky for unabashed Democratic cheerleading. Tomasky—whose New York Review of Books essays, once serious, are losing credibility—regularly jots down thoughts for the oddball website Daily Beast, and since it’s likely his articles aren’t even looked at by an editor before posting, he really has no shame. I don’t believe he’s working the DNC for tax-free cash under the table—which at least would explain his shilling—but I wouldn’t dismiss anyone who thought as much as paranoid.

In today’s garbled article Tomasky takes stock of CPAC and has many laughs about the potential 2016 Republican presidential field. It’s Tomasky’s contention that the contenders are so out there, so crazy, that whomever wins the nomination will get the booby prize of collecting just 180 electoral votes against his dead-certain Democratic nominee, Hillary Clinton. He’s right that there’s no front-runner for the GOP slot, and the argument that the Party will nominate its first “anti-establishment insurgent” since Barry Goldwater in 1964 is fairly sound. (I’m in agreement that Jeb Bush is a no-go and that Chris Christie is damaged goods.)

Early on, taking a USA Today poll as gospel, one that showed Clinton receiving high marks from 59 percent of those contacted, Tomasky is especially jiggly that, “Respondents even thought that she was six years younger than she actually is!” I’m not joking: he actually used an exclamation point.

Tomasky, in what might be charitably called self-parody (or maybe not giving a fuck about his Beast articles) over his prognostications, actually writes: “I remember telling people in 2006 that I thought there was no way the GOP would nominate [John] McCain in 2008, although I also said the opposite the following week.”

He admits that the GOP, at this juncture, is in pretty good shape for the midterm elections, as Tea Party candidates are losing or trailing against “establishment” candidates in primaries, and is almost a lock to keep control of the House and perhaps win the Senate as well.

I’ve no idea who will win the ’16 GOP nomination—could be Rand Paul, Scott Walker or Marco Rubio—but I am certain that more than two years away from the election, no one can predict the result. Maybe Tomasky forgets that the first President Bush—despite his flip on raising taxes—was considered so strong a bet that it opened the way for Bill Clinton as Dem “heavyweights” like Mario Cuomo declined to run. (Considering his loss to George Pataki two years later, Cuomo has likely kicked himself black and blue for that decision. I imagine St. Mario has more than one hairshirt in his wardrobe.)

Maybe Tomasky is auditioning for White House Press Secretary—either when Jay Carney finally implodes, or for Clinton—or something more lucrative at a Dem-based consulting firm. It’s hard to fathom why a writer like Tomasky, not a dumb guy, would willingly make such a fool of himself. His conclusion says it all: “So let [the GOP] offer them that choice [an “insurgent”]. As they did in 1964, the voters will know what choice to make, and she’ll be a fine president.”