Where will Republican allegiances lie? 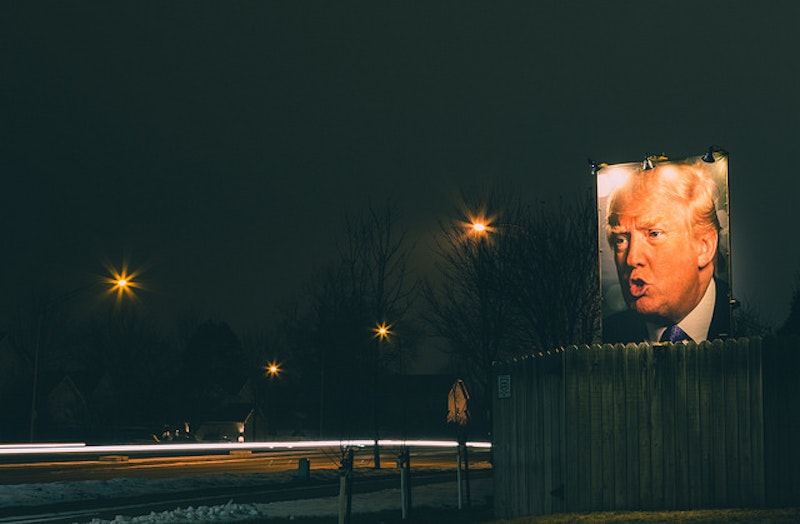 As we get closer to the inauguration, the Left’s denial over the pending Trump presidency has turned to formulating a path of resistance. Keith Olbermann, Michael Moore, and Robert Reich have laid out their ideas on how to peacefully resist the pending administration’s worst impulses. There’s also a guidebook circulating online called Indivisible, which focuses on keeping the peace and civic engagement. I don’t think there’s anything inherently wrong with their suggestions, but when I look at some of the biggest resistance movements in history, and what they were up against, measures like writing angry letters to Members of Congress are just well-meaning Band-Aid solutions.

Casablanca is one of the greatest films to come out of World War II, and is too often remembered as a romance. It does have tremendous historical value, largely because its international cast and crew bore witness to World War I and tyranny’s rising tide through the 1920s and 30s. The Jewish-Hungarian Peter Lorre had a successful acting career in Germany, but fled in 1933 when the Nazis rose to power. Character actor S.Z. Sakall, also Jewish-Hungarian, lost his three sisters and several other relatives to the Holocaust. Austrian Paul Henreid, who plays Czech Resistance leader Victor Laszlo, was so vocally anti-Nazi that he was listed as an official enemy of the Third Reich. Hungarian-born director Michael Curtiz was wounded in World War I, fighting against the Russians. Murray Burnett, co-author of the original play, was inspired to write the story after smuggling Jewish relatives out of Europe.

Over the course of the film, we see tyranny’s personal impacts. The North African city is filled with people fleeing Nazi-occupied Europe, hoping to make their way to America. It’s a consortium of expatriates, freedom fighters, and assorted characters where few people are trustworthy, particularly the ones in uniform. American expatriate Rick owns a nightclub, where he’s attempted to carve out a quiet life for himself. This life is disrupted when Ilsa, his former lover in Paris, walks in with Laszlo. Despite the focus on Rick, Ilsa, and Laszlo, we get glimpses of the depth of the side characters’ struggles. One of the more pronounced is a young newlywed woman who seeks Rick’s counsel, unsure if she should take up a police captain’s offer of travelling papers in exchange for sex. Rick helps the couple by fixing a roulette game for her husband so they can buy their way out of the country. It’s a moment that wakes him out of his cynical stupor. Despite their love for each other, Rick and Ilsa go their separate ways because they know that Laszlo is of no use to the resistance nursing a broken heart.

Comparing the incoming Trump administration to the Nazis is, for now, overblown. In having a one-party majority across all three branches of government, the concern over Trump’s conflicts of interest, along with his billionaire cabinet appointees, are valid. So are the concerns about Trump’s curious indifference to allegations of Russian hacking. Our system of checks and balances has never appeared so fragile. The characters in Casablanca have given up their homes and their loved ones to either fight for freedom or find it elsewhere. In the context of the Nazi regime, it makes sense—we know how far they were willing to go. In the real Czech resistance, it’s estimated that the Nazis killed 500 resistance fighters in the spring of 1942. In our present time and place, we like to think that we’re too enlightened to let something like Nazism, or even the fascism of Franco or Mussolini, ever happen again.

Perhaps the best assessments of our present are from those who have recently experienced war and tyranny. Sebastian Junger, who’s made two documentaries and written a book on the war in Afghanistan, offered a sobering take on our toxic political discourse during the primaries: “There are politicians and leaders in media who literally talk about some fellow citizens as if they are traitors… As if they are rivals who actively want to hurt the country. They talk about [the] president that way, they talk about members of Congress, elements of the population, as if they are actually trying to harm their own country… And interestingly, it is a very deeply unpatriotic thing to do.”

After the election, Russian-born journalist and historian Masha Gessen examined the parallels between Trump’s win and Vladimir Putin’s rise to power, while also laying out her own rules of resistance. Something she effectively warns against is the weakening of our institutions, beginning with the press: “The national press is likely to be among the first institutional victims of Trumpism. There is no law that requires the presidential administration to hold daily briefings, none that guarantees media access to the White House. Many journalists may soon face a dilemma long familiar to those of us who have worked under autocracies: fall in line or forfeit access. There is no good solution (even if there is a right answer), for journalism is difficult and sometimes impossible without access to information.”

Resistance is complex because tyranny’s offensive strategy is like a hydra. The x-factor isn’t how far Trump is willing to go, but how far the Republican Party will allow him to. If Trump wishes to govern in ways that are consistent with the most unconstitutional aspects of his campaign rhetoric, one of the first lines of defense is a Congress where Trump’s party is the majority. Another line of defense is a judiciary that will have 100 judges appointed by Trump and approved by that same Congress. The lingering question is if this one-sided government will be loyal to the Constitution and rights of Americans, or if it’s acting to perpetuate its own power.