It's time to make a complete break with slavery. 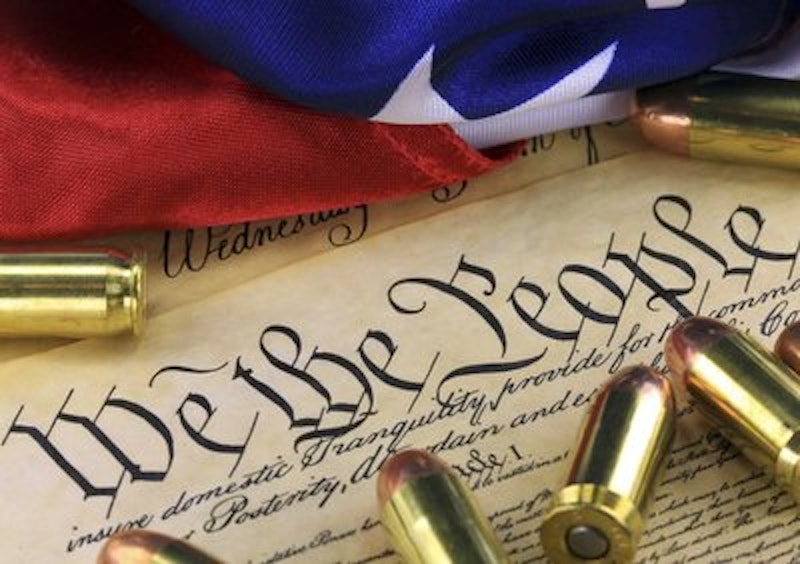 Like most Americans, I'm resigned to the inevitability of gun violence as a price you pay to live in America. Guns are so deeply entrenched in this nation’s culture that even the smallest attempt at reform mobilizes millions of dollars in legal opposition. If JFK's assassination changed nothing (so my thinking went) then no change was possible. I just want to make it through the day without getting shot. It doesn't help that the arguments for and against gun reform are riddled with mind-numbing statistics and counter-statistics that would drive even a zealot into glazed apathy. Clearly there’s no exit from this nightmare.

Recently, an article by Thom Hartmann, “The Second Amendment Was Ratified to Preserve Slavery,” crossed my Facebook newsfeed. Like the title suggests, it posits that the Second Amendment was ratified as a concession to the South, and specifically Virginia, to sign the Constitution. Without Virginia's backing the Constitution would be a weak gruel. The founders needed nine out of 13 states to sign. They had eight.

I discovered Hartmann's article was a summary of a thesis by Carl Bogus. Why does the concession to the South matter? It matters because the South maintained the institution of slavery via the militia system. Militias performed the grunt work of a slave state: returning runaways, checking papers, regular bed checks at plantations but chief among their duties was suppressing the Southerner's worst nightmare: slave revolts. Hardly haphazard, the militias were laid out according to the Barbadian slave code, the approved brutal method used in the Caribbean to keep the majority slave population under the thumb of a minority population. Bogus approaches his argument using the Socratic method of appealing to our intuition and reason. The duties of the Night Watch (police functions as there were no police prior to the 1850s) and Slave Patrols all fell to the militias. Every able-bodied person from six to 60 was impressed into the militias. Only the most distinguished citizens were exempt from this duty.

Bogus notes that the militias had attained a mythic role in the struggle for independence. Unfortunately, the facts don't bear out the myth. Plenty of examples are offered, ranging from George Washington's impatience with the militia’s battle-readiness, reliability and outright desertion. It was said that the militias in some cases were put to the front of the lines so they could more easily be shot if they took to bolting the field.

Fast-forward to the Constitutional Convention. To pass, a vote of nine states was necessary. The South's fear was that upon ratification the newly formed government would disband slavery by decree (manumission). John Jay and Alexander Hamilton were the leaders of a movement that sought this method to abolish slavery.  The South wasn't dumb. Slavery had to be written into the Constitution without the word being mentioned (remember, this is a political convention).  The African-American as 3/5's of a person and the fugitive slave laws were inserted to appease the South but the fears persisted. Virginia was crucial for the other states to follow especially as the Federalists only had eight votes.

Bogus points out that neither side liked discussing slavery. The North felt it was now complicit in the institution and even the prominent men from the South were loath to speak of slavery directly as it was something akin to bad manners. The Age of Enlightenment didn't rub smoothly against slavery. Such things were talked around much like the race problem is today.

James Madison's first draft of the Second Amendment referred to the security of a “free country.” We know this didn’t fly during the Virginia convention. Overnight Madison changed the wording to “free state.” This insured their main fear: that the militias would not be disarmed.  The minutes covering the Virginia debates were taken by a drunken secretary. Madison even warned others not to depend upon the records. Indeed, the minutes are filled with doodles and scrawling. What we do know is that the Constitution was agreed upon after the insertion of the re-worded amendment.