Wayfair Is Under Siege... For Selling Beds!

Few firms are able to pass the purity test these days. 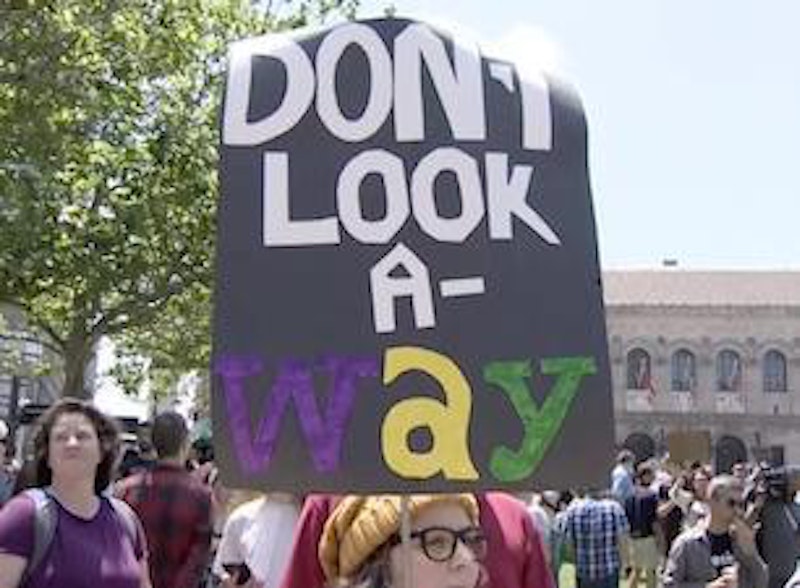 The kids in the migrant detention centers on the southern border need beds. Many of them are sleeping on cold, concrete floors. Those beds must be purchased, so let’s focus on getting the orders submitted quickly and fix this shameful situation, you might think. But you've neglected to consider the tortured logic of the progressive mind. There's a Catch-22: Any company selling beds, or presumably other necessities, to the evil powers behind the camps is now the target of a boycott—a co-conspirator with the Great Satan!

That's what Boston-based online retailer Wayfair discovered when the blowback started over its $200,000 sale of bedroom furniture to global nonprofit, BCFS, which operates migrant facilities for the Department of Health and Human Services. Indignant Wayfair employees announced they were organizing a walkout in protest, and a boycott of the firm was soon underway, per usual. The great moral arbiters told us that Wayfair should’ve canceled the order immediately, followed by a press release stating the firm's adamant opposition to aiding and abetting the operations of America's new concentration camps in any way. Meanwhile, the kids are still sleeping on cold floors. Somewhere along the way, their plight took a backseat as the adults tended to their own priorities.

Wayfair released a statement: “As a retailer, it is standard practice to fulfill orders for all customers and we believe it is our business to sell to any customer who is acting within the laws of the countries within which we operate. We believe all of our stakeholders, employees, customers, investors, and suppliers included are best served by our commitment to fulfill our orders.” The suffering children who’d be able to sleep on those beds would also be well-served by the fulfillment of that order, but this statement was taken by the boycott proponents as weasel words for, “As long as we face no legal sanctions, we don't mind making filthy lucre from the practice of separating children from their parents at the border and sending them to concentration camps.”

“Profit” is a dirty word to the modern progressive, even if they receive an ample paycheck that's dependent on revenue exceeding expenses by a healthy margin. That's a reality they’d prefer not to think about. BCFS is planning to open a new facility in Carrizo Springs, Texas which would house around 600 minor detainees, but more than 500 Wayfair employees have sent a letter to the firm's executives requesting that the company no longer do business with the nonprofit. They don't want any part of giving the kids a decent night's sleep because they might feel tainted, which might make it hard for them to fall asleep at night on their nice mattresses. It's all about them.

Would the Wayfair protesters prefer that all necessary items in these detention centers be donated by charities or businesses? That's a wonderful thought, but it requires a total dependence on the kindness of others, and there's too much at stake for that. BCFS has cash, so the best way for it to get what it needs for children is to purchase it.

Wayfair employees are asking the company to donate the $86,000 profit from the transaction to a nonprofit that aids migrant families. It’s recently come to light that children in these facilities are going without toothpaste and soap. What firm in its right mind would sell these items to BCFS at this point, when it's framed as helping the oppressor rather than providing children with what they need? I have an idea. Why don't we let the children decide?

Alexandria Ocasio-Cortez, who habitually opines on matters she's not familiar with, weighed in semi-coherently on Twitter: “Wayfair workers couldn't stomach (sic) they were making beds to cage the children.” While I suppose it is possible to make a bed that could cage someone, Wayfair doesn't. Wayfair, in fact, doesn't make anything. It's an online retailer like Amazon. The firm's selling beds so children who are already being caged can sleep on them, and they'll still be caged without the sale. This isn’t an endorsement of their internment. This isn’t IBM selling equipment to the Nazis via its subsidiary, Dehomag, to identify Jews, or selling technology that would help transport them to death camps.

AOC is on Facebook, just like most of the scolds hectoring Wayfair. I suppose these moral beacons haven’t heard that the social media behemoth does business in China, which holds over a million Uighur citizens in what AOC would call “concentration camps.” Because, by the logic they’re applying to Wayfair, they're complicit in this overseas atrocity, which includes torture. How much of a sacrifice would it be to give up sharing photos of their pets or latest vacation to wash their hands of this horror? A tiny one, but they're not interested in sacrificing anything personally.

They're a bunch of hypocrites. AOC thinks she can invoke the “Never Again” slogan and still pretend she wasn't comparing the border facilities to places like Auschwitz, so what level of truth can you expect to get from her? And the others cheering her on on this issue live in a fantasy world where every single business transaction is subject to a moral x-ray to determine purity. Meanwhile they're flying abroad on vacation, rather than traveling locally, thus contributing to the demise of the planet. They're enjoying steak dinners, and driving everywhere, which has the same effect. If a halfway house for the disadvantaged they claim to champion tried to open in their neighborhood, they’d have a collective NIMBY freakout, because their real priority is maintaining their property value. They’re the “no sacrifice for me” crowd.

The Wayfair whiners are really concerned about themselves, despite their performative defense of the children of others. Some of these children now need beds, toothpaste, and soap. BCFS can be allowed to purchase these items, but if not it would carry on without them, with kids sleeping on concrete and having poor hygiene. Perhaps that's what the whiners really want, because to fix the situation would be to deprive them of a rallying cry. It's not like the kids are dying or anything.