Chris McGreal’s American Overdose is well-written, and journalistic in the best sense. 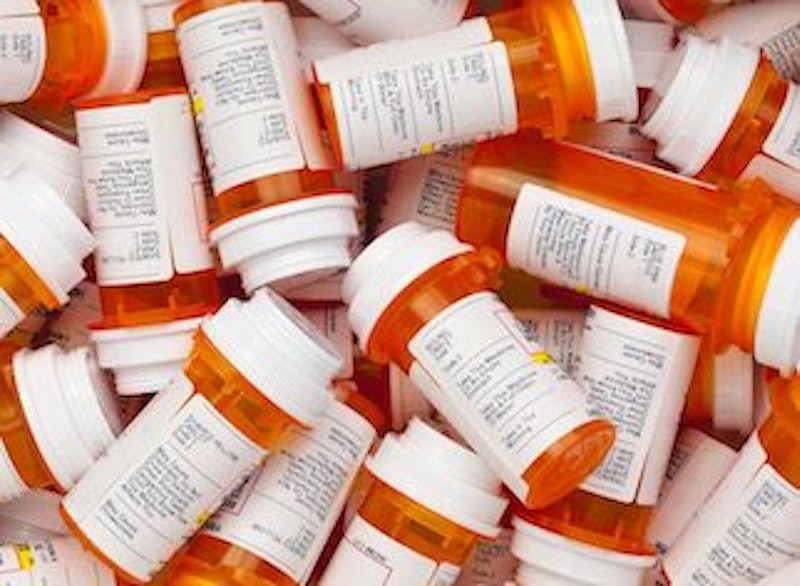 Addictive drugs represent the ideal corporate business model. Get your customer base hooked on merchandise you control, and they’ll have no choice but to constantly hand over money in exchange for their fix. Growth is built in: as they develop a tolerance, they’ll need more and more of the drug. You’ll face attrition as some customer overdoses occur, though, so you’ll need to find ways to keep expanding your reach. Say, by using doctors to push your product to people suffering chronic pain. Create a need, and then satisfy it. Temporarily, until the effect of the drug wears off. Then sell some more.

It sounds monstrous, but this is what led to the opioid crisis in the United States. There are other elements, of course. But as Chris McGreal’s recent book American Overdose makes plain, the basic problem is greed: capitalism unfettered by morality. American Overdose is well-written, and journalistic in the best sense. The prose is tight and crisp, filled with facts and details. It’s almost thriller-like, though it doesn’t try to follow a single central character or group of characters. Its story’s too big for that, touching on almost every level of American life and every geographic area of the country.

The book’s also journalistic in its reliance on primary sources. A lot of it’s built around interviews, and McGreal’s spoken with a wide range of people—doctors, cops, addicts, politicians, everybody involved in the story of the opioid crisis except the pharmaceutical companies. Beyond the interviews, McGreal balances horrific individual stories with statistics, painting a picture of the effects of opioids on the United States and individual Americans.

The book’s a road map to the various phenomena that came together over the space of years and decades to create the staggering levels of addiction in modern America. There wasn’t a single conspiracy underlying the crisis, but greed at multiple levels combining with misplaced idealism and a refusal to admit error.

New ideas about pain management and opioid use in the late-1980s and 90s were derived from studies with small sample sizes, wrongly suggesting opium-based painkillers had no significant risk of addiction. Pharmaceutical companies—especially Purdue, makers of OxyContin—created medication based around opioids, and fought attempts to legislate its use. Grifters created pill mills, clinics that churned out prescriptions for cash with no (or few) questions asked. Law enforcement was slow to recognize the new kind of drug dealing, then reluctant to prosecute doctors. All this combined over decades to create a death toll in the hundreds of thousands—with perhaps as many more deaths still to come, as those already addicted struggle to get free or die trying.

Given the range of sub-topics McGreal has to manage, it’s surprising that the book’s as clear as it is. Its main problem is that McGreal has to move back and forth in time as he broadens and narrows his scope. Wisely, the book includes a condensed timeline at the end to help make things clear.

The overall picture is of the for-profit health industry making money for certain people at a variety of levels by way of pushing drugs. They were able to do this more-or-less legally because the pushers who moved the product were credentialed doctors. The result was a detectable increase in the death rate of white Americans, which in turn led to a sudden change in the way drugs were talked about: instead of addiction discussed as a character flaw, it became the manifestation of an epidemic. It can’t be coincidental that this change came about at the same time as addiction became viewed as an issue of whites.

One of the few gaps in American Overdose is that there’s little discussion of the change from the imagery of a “drug war” to the current language of crisis, or how the language shapes the way of thinking about the problem. The conceptualization of drug use as an epidemic is an improvement, but it avoids placing blame. On the other hand, the title of the book does at least specify something about the problem: opioid use, although increasing in a number of countries, is far more extensive in America than elsewhere.

“Corporations have no conscience,” reflects a member of the DEA at one point. “They’re not individuals. They’re not living, breathing entities. They’re just these things with no conscience, and all they’re driven by is making money.” It’s a strong insight that casts a stark light on the rest of the book. American Overdose attempts to articulate what there is to be learned from the overuse of opioids on a societal level. But what it implies about the profit motive, especially in medicine, is even more salient.