Brace Yourself for More Memes

The moral panic concerning the Internet will continue to intensify. 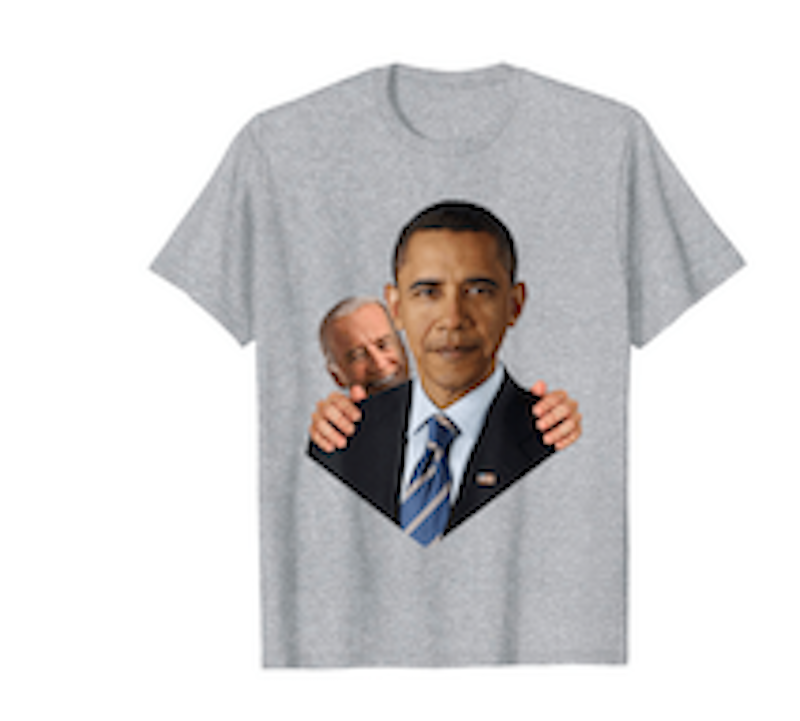 On Saturday, The New York Times ran a story it evidently regarded as a scoop. They sent an alert to subscribers' phones for a story headlined "Trump consultant is trolling Democrats with Biden site that isn't Biden's." They describe the site (joebiden.info) as "a slick little piece of disinformation that is designed to look like the former vice president’s official campaign page." They've detected an Internet hoax: the beginning of a wave of Russian-style disinformation that will swamp your inbox through the election.

The New York Times takes Americans to be real chumps, for joebiden.info is the most obvious parody site in the world. I'm trying to figure out how they could possibly think this site is a problem. You're a prospective Democratic primary voter, and you think you've just landed on the Biden campaign's official site. You're presented with this: "Uncle Joe is back and ready to take a hands-on approach to America’s problems! Joe Biden has a good feel for the American people and knows exactly what they really want deep down. He’s happy to open up and reveal himself to voters and will give a pounding to anybody who gets in his way!"

The site does not even ask for contributions, which surely indicates to almost anyone that's it's not the Biden campaign, but it does market t-shirts featuring Biden looming over people like Barack Obama and Hillary Clinton as he puts his hands all over them or featuring slogans such as "Hidin' from Biden." An unsuspecting prospective Biden supporter might get the wrong t-shirt and be rolling to the voting booth in "Joe Biden touched me" merchandise.

If you look at this page and don't register that it's the work of people who are opposed to Joe Biden's candidacy, there's no help for you. If the Times saves you from this one, you'll fall for the next one. And if that's what American voters are like—they'll take seriously anything they see on a screen—nothing that man or God can do will save us; they'll believe anything. But that's not what American voters are like.

Demands are liable to follow to take the “disinformation” down (joebiden.info is still up as of this writing). That is absurd, but it follows from the ways a lot of people in the MSM understand the Internet and the state of politics, which comes down to thinking that Americans are idiots. I'm not sure how effective the Russian or other propaganda campaigns were in 2016, but I know how effective a lot of reporters, pundits, and professors thought they were. There has been the constant hint or the explicit assertion (made recently by Jimmy Carter, for example) that Russian interference—which consisted largely of posts on social media in the name of non-existent individuals or organizations—swung the election for Trump.

That in turn suggests that feeding memes onto Facebook or circulating the right YouTube hoaxes is the way to win elections now. We're likely to be bombarded continuously from here to Election Day by Russian-style disinformation, perhaps not directly from the campaigns, but emerging from the sea of dark money and shadow PACs. Everyone who has absorbed the breathless coverage of "Russian interference" is liable to be trying this kind of shit in the service of their candidate or party. Fifty different groups are going to launch on Trump in this vein, and it won’t be perfectly clear who they are.

And the notion that you can control the outcome of elections by covert memes is no doubt motivating all foreign intelligence services—and other forces throughout the world who could conceivably have a stake in the 2020 election—to select their preferred candidate and start concocting rumors, comedy bits, and dummy sites accordingly.

Facebook will be hiring further tens of thousands of screeners, and the demands to break up social media companies will be redoubled. And still loads of jive will come to your inbox and your news feed. The moral panic concerning the Internet will continue to intensify. The idea that Facebook memes and bad YouTube channels decided the election is of course disturbing to New York Times columnists and CNN hosts. But the story they’re telling about 2016 is extremely satisfying to them as well. It takes up a part in a long-gathering moral panic about social media, analogous to previous panics concerning television and comic books. It hints that the only reason voters would turn against the progress the Democratic party and the professors represent is because the voters are being manipulated. They believe that no rational person could disagree with them.

Furthermore, this account confirms their prepossessions about Trump voters or (their obsession) about "the white working class" in Pennsylvania, Michigan, Ohio, and Wisconsin. For they’re asserting that these people (who lack college educations, let’s say) are dolts, that they can be swayed by a meme that quotes Satan as endorsing Hillary Clinton.

I don't think the memes swayed many votes in 2016, or I’d like to see some convincing evidence that it did: I think people on both sides delight in the memes that confirm what they already want to believe and dismiss the rest. I don't think most people are chumps of this sort. But if we are chumps of this sort, there's no help for us, and you're not going to be able to insulate people from all possibly false or misleading information. That you want to doesn’t show who these people are, but it shows who you are. And this condescension itself, not the Russians, lost you the election in 2016.

There's not a lot for the Times, CNN or the United States government to do about Internet misinformation other than fact-check and hope for the best. And there's nothing for voters to do but try to sort the real from the fictional. This is a permanent condition of humanity: trying to sort out the truth as we also try to deceive and manipulate one another. Nothing, no regulatory regime or social media company, can relieve each of us of the enduring burden of independent thought.

Meanwhile, I'll take anything that Russian intel, Trump consultants or a shadowy organization working on behalf or Marianne Williamson care to dish out, as long as it's funny.