Masculinity in a New Political Era

Partisan perceptions of manliness are in flux. 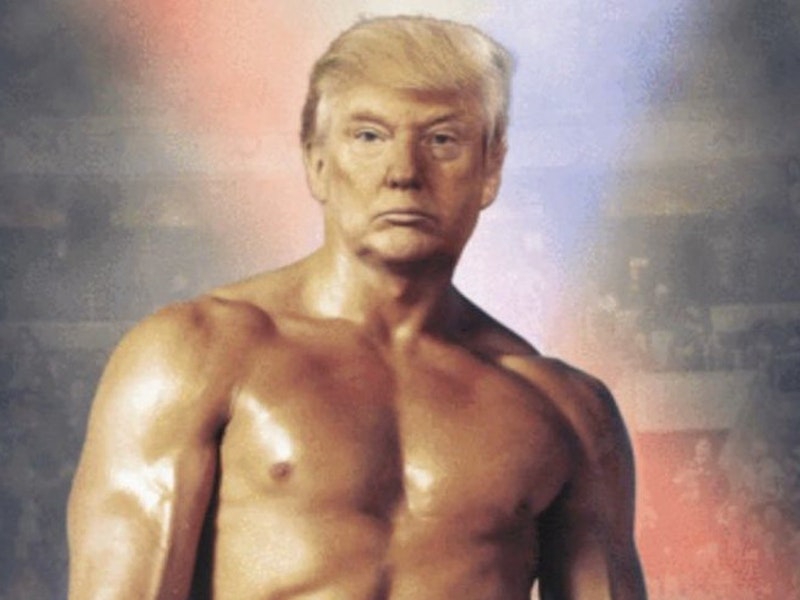 One night about 50 years ago, in a time of surging crime in Manhattan, an elderly, well-dressed gentleman was getting into a taxi when he was set upon by two muggers. He promptly unleashed a couple of powerful punches that left the thugs lying flat on the sidewalk. They’d chosen the wrong victim in Jack Dempsey, onetime world heavyweight boxing champion.

This incident, which I read decades ago in Dempsey’s autobiography, comes to mind as I contemplate the prospective dynamics of the Biden administration and a Republican Party that’ll have at least 50 seats in the Senate. An amiable septuagenarian president will be ambling along, his cheerful bonhomie perceived as weakness by callow senatorial punks. They’ll try to press some power play on him and—POW! It’s lights out for Rubio, Cruz, Cotton and Hawley.

The Republican Party has long benefitted from a certain veneer of machismo, a projected confidence that it had more toughness, aggressiveness and virility than the effete, sexually confused Democrats. But that carapace is thinning and cracking in the Trumpian downfall, with the dominant GOP emotion being fear: of the vindictive outgoing president himself, the irrational base and irritated donors; what coming investigations may uncover about who did what in the past four years; of the four-decade right-wing gravy train finally going off the rails.

Perhaps it was when hardhats rioted against hippies, to Nixon’s delight, that Republicans began their decades-long immersion in the cult of hypermasculinity; or perhaps it was earlier, when conservative tough guys looked for libertarian “lazy fairies” to beat up at the Cow Palace during Goldwater’s nominating convention. Before that, surely, the two-party apportionments of manliness were less clear-cut, with JFK striking a pose Nixon couldn’t match, and union types representing the Democratic left against the Republican right’s stuffed shirts.

Masculinity isn’t inherently “toxic”; properly cultivated, it’s conducive to virtues that carry individual and social benefit. I recently got my brown belt, the test culminating in my smashing through boards with an elbow strike, side kick and spinning back kick; no doubt I practice a martial art in part to develop qualities of power and resilience long associated with manliness (though not limited to men; and I’ve encountered some formidable women on the mat).

Alpha-male bluster, however, is corrosive to individuals and institutions. A group’s domination by a paramount leader diminishes other members’ capacity for robust thought and action, as well as their dignity. I observed this at close range while working for Lou Dobbs, whose current vehemence as a Trump supporter is a natural outgrowth of an executive style and ideological outlook that prefigured the Trump era; as with the present-day GOP, Lou’s workplace promoted a sycophantic focus on the leader’s needs.

The divergence of interests between Trump and other GOP officials is more evident in the election’s aftermath. Though I predicted the President would aim to undermine public confidence in any adverse electoral outcome, I didn’t anticipate the effort’s scope and intensity, which suggest not mere cynicism but genuine desperation to avoid emotional and legal consequences. Trump’s efforts to delegitimize Georgia’s electoral system may demotivate his followers from voting in the January Senate run-offs; and his prospective bid for the 2024 nomination undermines other GOP presidential hopefuls, including senators, whose acquiescence to his post-election machinations will feed perceptions of their submissiveness.

In confronting such a weakened opposition, the Democrats need to adjust their conventional strategy of recent decades of emphasizing their reasonableness and sophistication in contradistinction to Republican recalcitrance. The Biden administration and its congressional allies need to show that they can be tough; that there’s nothing manly about refusing to face up to severe national and global problems; that it’s the Republicans in the Senate who are the do-nothing delinquents, the Trump-fearing sissies.