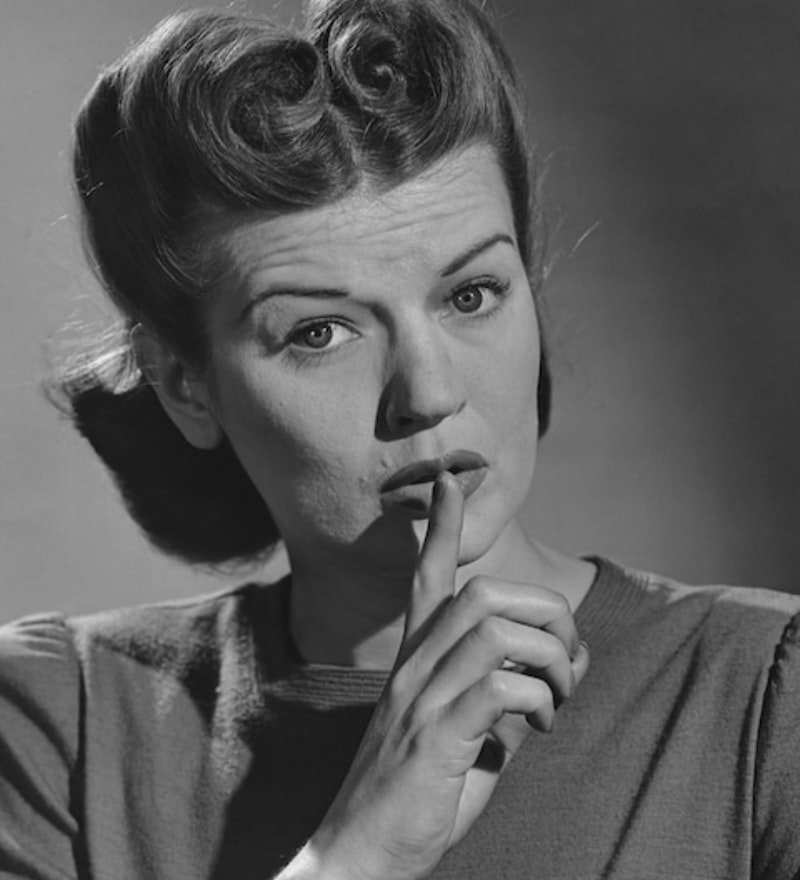 “Recent posts from all hashtags are temporarily hidden to help prevent the spread of possible false information and harmful content related to the election,” pronounced Instagram recently, taking no chances.

As the 10th anniversary of me half-heartedly getting a Twitter account arrives, just in time for the likely end of the Twitter presidency, I’m thinking what many of you are probably thinking, at least the smarter ones: Social media is full of hostile idiots, but no one deserves our hatred more than the people pretending to be the referees and peacemakers for the rest of us, usually just to further their own agendas.

One man’s peace and quiet is often several other men’s icy, fear-filled silence. Not that I’m knocking actual peace and quiet—but even if you’ve never been temporarily banned by anyone or anything, you have to feel the faint chill up your spine when you read the emphatic yet vague emphasis on “safety” in something like this article about Twitter’s new online etiquette czar, Christine Su.

Years of kowtowing to college provosts, heavy-handed publicity departments, corporate H.R. departments, and Big Tech—combined with the envy many leftists feel for other countries’ anti-hate speech laws with teeth—have left Americans unable to make the old common-sense distinction between “hurtful words” and actual hurt, as if all of us on social media are trapped in some cage with real, physical weapons aimed at each other—280 characters in search of an exit.

That view is infantilizing enough, but the censors are taking things up another notch with this new lockdown-era emphasis on treating all “misinformation” as inherently “harmful.” Often it means treating controversial topics—things we used to treat as ripe for debate, like this video of Giuliani explaining why he thinks the election was stolen from Trump—as if they exude some sort of deadly radiation.

Twitter banned a mathematician while he was testifying at an arguably informal, perhaps even misleading, hearing in Arizona about alleged election fraud. But have we gone from being hysterical about others saying things with which we disagree, which was dumb enough, to now thinking we’ll actually be “harmed” by hearing such things? Or worse, are Big Tech and others trying, ever so gradually, to make us think of ourselves as that fragile—perhaps just so they get a bigger role in moderating and shaping the stunted resulting information flows?

By contrast with this learned helplessness, I enjoyed my brief disagreement on Twitter a few days ago with Terry Teachout about whether it would be good, as I suggested, to remake the stupendous comedy film Airplane! but set it on September 11, 2001. “Too soon,” he felt, and he wasn’t sympathetic to my argument that, for example, Hogan’s Heroes didn’t upset people too much (it came out only as long after World War II as a hypothetical 2021 Airplane! remake would after 9/11). He thinks 1942’s comedy To Have and Have Not is smart enough to get a pass. Regardless, at least we implicitly agreed that art, comedy, compassion, and some grasp of tragedy are all good—and that whether to green-light the hypothetical project is a question of taste and morals, not which algorithm the “safety” office spits out this week as if it’s the last word.

By contrast with friendly debate, the fate of comedian Kathy Griffin is being determined partly by courts, she explains in an interview, but one can’t rationally pity her too much, since she stands accused of encouraging exactly the kind of doxxing and online harassment (of those Covington Catholic High School kids falsely accused of racist mockery of Native-Americans) that liberals such as Kathy Griffin themselves usually point to as evidence that we are in danger from online right-wingers, GamerGate activists, and assorted trolls. Maybe people should just argue instead of doxxing, suing, and censoring each other.

Far more hypocritical than Griffin, though, is Sacha Baron Cohen, who somehow expects us to laugh off his every sociopathic con artist comedy routine, usually involving seeing how patient some innocent person will be with Cohen’s lousy behavior (such as singing the song “Throw the Jew Down the Well!!”), but now demands we do a 180 and be outraged that Mark Zuckerberg “allows” racists and other yahoos on Facebook. Is this Cohen’s ultimate piece of performance art? Is he trying to see how many of us are stupid enough to think he’s a plausible expert on civility?

If ever there were one person we don’t want to entrust with protecting us from fakery and nonsense, I’d think it’s Sacha Baron Cohen. I once tried asking his famous psychologist cousin, who wrote a great book on low-empathy psychotics, whether he thought Sacha might qualify. Sacha turning on a dime from perpetrator to protector yet expecting us to stick with him no matter what—all while sounding creepily earnest in interviews, as you may have noticed—seems pretty narcissistic to me.

But he’s not the only candidate for the position of censor, of course.

NASDAQ now mulls mandating a certain level of ethnic diversity on the boards of companies trading on that exchange if they wish to be listed, which would add that institution to the list of bland entities, such as banks, that we thought existed just to facilitate rather than control our culture but now want to do both. Comedian Lenny Bruce wisely likened the totalitarian control of information under communism to the nightmare of having the phone company turn into a judge and censor of your conversations’ content. We laughed at that idea just a few years ago, but now there are some political links that won’t appear if you try to send them in a text conversation on your phone, since your carrier has decided they might be “misinformation”—as if that endangered you in the same way malware or an exploding phone might.

Since when do we think even outright errors can or should preemptively be kept out of all discourse? And it’ll only get worse if irrational conservatives, wanting to punish social media platforms and led by not-quite-gone-yet Trump, eliminate Section 230, the law saying platforms are not generally liable for what individual idiot users say on them. Tell the platforms they’re suddenly legally liable, and plainly they’ll censor like never before. We have to now, they’ll say. And pretty soon new generations will grow up thinking it was only the naïve ancients who thought it was healthy to bat around controversial ideas.

“How reckless,” they’ll say. “And yet, it’s funny how much more stagnant and slow to evolve the culture has become since then.”