AOC and Bernie Sanders' crusade to "abolish" them will accomplish nothing. 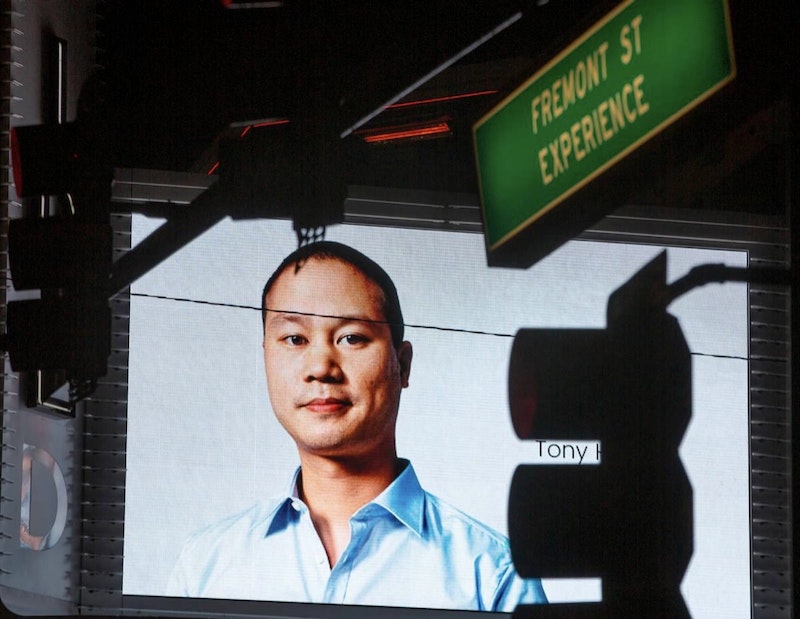 When a wealthy tech mogul chooses to live in a trailer park in downtown Las Vegas, that's a story. Anthony "Tony" Hsieh, the recently deceased (46, from smoke inhalation in a Connecticut house fire) founder of online shoe and clothing retailer Zappos once said that his Airstream, where he kept two pet alpacas, was the best place he'd ever lived. Hsieh was attracted to the sense of community that living in close quarters with others fostered. He never knew what would be happening "around the campfire," which is a spontaneous joy you can't get when tucked away in your luxury home and you have to invite people over to your game and theater rooms.

Hsieh had money to burn, but was grounded enough to know that it couldn't buy him everything he needed, such as his desire to "maximize serendipity and randomness" in his life. The imaginative entrepreneur and son of immigrant parents never resembled one of the evil billionaires that Alexandria Ocasio-Cortez wrings her hands over, as if they're responsible for all the income inequality she wants erased. Technically, Hsieh may not have been a billionaire—most estimates put his net worth at around $850 million—but I think his wealth would qualify him as a detriment to society in AOC's book. But that book's based on the assumption that the American economy's a zero-sum game, meaning that there's a fixed pie of wealth that anyone who makes "excessive" profits cuts into. Perhaps in AOC’s worker's paradise that would hold true, but that's not how a free market economy works.

Hsieh created additional wealth beyond the existing "pie" by enabling mutually beneficial, voluntary exchanges between his customers and firm. AOC presents herself in a fashionable manner, so she could understand, if she were open to the idea, the level of satisfaction that Zappos has long provided to its customers during Hsieh's 21-year tenure as CEO. And the San Francisco native and Harvard grad also spent energy on making his employees happy. You could make a strong case that the U.S. needs more people like Hsieh—the ones who have the means to effect their altruistic dreams.

AOC tells us that people who profit off of not paying their workers a living wage (she's referring to billionaires) shouldn't exist. But according to Payscale.com, Zappos pays workers an average rate of $21 per hour. The Las Vegas-based firm also hires more women than men, and had a workforce that Payscale rated as "highly satisfied." It's hard to imagine what AOC could find to criticize about a guy with these credentials, except that maybe he had "too much money" for the planned proletarian utopia.

But rather than focusing on billionaire stuff like upgrading his Gulfstream or buying a private Carribean island, Hsieh was more interested in brainstorming for big ideas that could improve people's lives. He dreamed of revitalizing Las Vegas' decrepit downtown district north of the Strip, so with his Downtown Project he invested roughly $350 million to turn it into a hotspot with restaurants and bars, shipping-container buildings, sculptures, and his Airstream trailer park that also housed "tiny homes." Natalie Young opened her restaurant, Eat, in 2012 with a $225,000 loan from Hsieh. "No words really,” Young wrote on Facebook. "Tony changed my life. He believed in me when very few did. I will forever be grateful. R.I.P Tony. I will honor you and your spirit by helping others. Do well so you can do good.”

Hsieh sounds pretty nice for a blood-sucking billionaire-adjacent type. He was also one of the founders of Life Is Beautiful, a music, food, and arts festival in downtown Las Vegas. Government, which is limited in its imagination, is unable to use its powers to enrich people's lives in this way, but Hsieh never thought within the same constraints that limit the rest of the world.

"No one ever makes a billion dollars," Ocasio-Cortez once told the author Ta-Nehisi Coates. "You take a billion dollars." Hsieh never "took" a penny from anyone. Does AOC think that with the $52 trillion that her Green New Deal will cost over 10 years there won't be sharks lining up to "take" as much as they can get on crony deals? To say that Hsieh "took" all the money he earned is populist reductionism that suggests that he somehow defrauded his customers or had monopoly power in the marketplace. His customers freely gave their money in exchange for goods they deemed to be of equal or higher value. The money Hsieh made reflects the massive amount of value he created, not the level of his thievery.

AOC has said that billionaires only succeed by exploiting workers and preying on vulnerable and less privileged people. I'd like to see her identify one vulnerable person that Hsieh, a person of color who created 3500 jobs, ever exploited. She also said that billionaires make their money "off the backs" of undocumented immigrants, minorities, and single mothers." Once again, I'd like some evidence.

The Congresswoman from New York City's looking for scapegoats to fuel her populist message. But Hsieh, who fits her rigid definition of an economic villain, was intent on building affordable housing as part of his Downtown Project. Stereotyping a particular group may make her sound like a champion of the masses, but if she succeeded in her goal of "banning billionaires" there'd be little benefit for others.