The historically corrupt county is in competition with VA’s Springfield for 11,000 jobs. 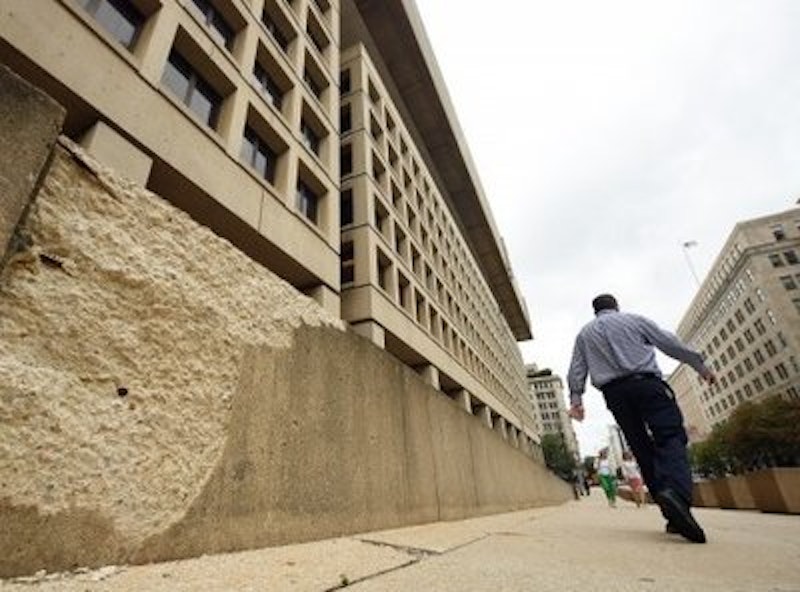 If Maryland gets its wish, and the Trump Administration displays an ounce of wit, the powers that be will authorize the FBI to build its new multi-billion-dollar headquarters in Prince George’s County. It’s strictly a back-of-the-brain decision. The Prince George’s location would save time, effort and money. There’d be no need for skullduggery, stings or posing as Arabs. Corruption is right out there waiting for the indictments and the handcuffs.

But now there’s even bigger trouble in the nation’s capital. The FBI is under investigation. The Justice Department’s inspector general is undertaking a review of allegations of misconduct by the FBI’s director, James B. Comey, and how he handled Hillary Clinton’s email investigation during the campaign. Now, if you can’t trust the FBI, whom can you trust?

Prince George’s County is in competition with Virginia for the sleek new FBI building that will bring with it about 11,000 jobs. The sites Prince George’s offers are at the Greenbelt Metro and in Landover. Virginia has put forth the site of the GSA Franconia Warehouse Complex in Springfield. Virginia offers nothing by way of ready-made cases to be snatched from the hands of alleged amateur criminals such as the comic-strip variety to be found in Prince George’s. In the era of Bitcoin, Krugerrands and offshore accounts, they still deal in No. 10 white envelopes of Spiro T. Agnew’s day. The headquarters’ award is scheduled for March.

The latest elected official to get caught with his fingers in the tambourine is Del. William A. Campos (D), a former PeeGee Council member, according to reports. Campos pleaded guilty to accepting $40,000-$50,000 in bribes and kickbacks in exchange for favors that included funneling government funds to business owners while serving on the Prince George’s County Council, according to federal prosecutors. Campos has resigned his seat in the House of Delegates. But federal authorities said there’s more. Campos’ resignation was followed the next day by that of a second Prince George’s delegate, Michael L. Vaughn, for “ongoing health problems.” But speculation is widespread that the breadcrumb trail may indicate otherwise.

Campos’ guilty plea is the result of a continuing investigation into county liquor board activities that involve bribes by storeowners in return for favorable votes on proposals that would expand sales. U.S. Attorney Rod J. Rosenstein has said, “More than one legislator is under investigation,” according to reports.

The rules of politics are the rules of the marketplace in Prince George’s. It may be if not the last, at least the foremost, of what are known as “pay-to-play” jurisdictions. (Baltimore City is not far behind. Gary Brown Jr., an aide to Mayor Catherine Pugh was indicted on charges of violating campaign fiancé laws. His appointment to a vacancy in the House of Delegates was rescinded.) Anyone who wants to do business in Prince George’s should arrive with an open checkbook, or at least a promissory note.

Much of the modern era of corruption in Prince George’s traces back to the early 1950-60s and the political machine of Lansdale Sasscer. Sasscer had been a state senator and a Congressman. At the time, Prince George’s was a sleazy, tobacco-producing county that was just beginning its transformation into a suburban bedroom county for Washington, DC. Zoning was in high demand, and it became the Sasscer firm’s specialty for the rush of housing developers, pizza parlors, malls, bars and others that were scrambling for a piece of the action in the burgeoning county. And, while Prince George’s was being zoned in haphazard way to allow anyone in, neighboring Montgomery was zoned as a pricey enclave to be selective about who could live there. Thus, as Prince George’s has grown to be 74 percent black, Montgomery is, to this day, only 12 percent black.

Eventually, federal investigators took an interest in Prince George’s County and a massive investigation led to a series of indictments and the downfall of the Sasscer machine as well as a new era of reform: The birth of the O’Malley machine, which dominated county politics for more than a quarter of a century.

Campos is merely the latest participant in a system of patronage and payoffs that persists in Prince George’s. Not very long ago, County Executive Jack Johnson (D) went to prison for accepting more than $1.6 million in bribes. And as the Feds were approaching his house, Johnson was on the phone instructing his wife to stuff the ill-gotten boodle into her brazier. She went to prison, too.

In 2011, Del. Tiffany Alston was indicted for stealing thousands of dollars in campaign contributions for personal use such as paying for wedding expenses and for the salary of an employee of her law firm. She was removed from office but later ran again and lost.

In 2008, State Sen. Ulysses Currie (D) was indicted—and eventually exonerated—for accepting thousands of dollars in consulting fees for work on behalf of a supermarket chain. Currie was charged with using his position to influence legislation that would benefit the chain’s owners. After Currie was tried and acquitted, he was censured in the Senate.

In 1983, Sen. Tommy Broadwater (D), known as the “black godfather of Maryland politics” because of his power and influence in Prince Georges, was convicted of committing $70,000 in food stamp fraud and served four months in federal prison. He was forced to relinquish his Senate seat. Broadwater had also been convicted of state election law violations for failing to file financial statements.

But the award of the new FBI headquarters building may create a dilemma for Trump. He stated recently that he intends to help the states that voted for him. Both Maryland and Virginia voted for Clinton. What now?