Martin Shkreli Is a Creepy Stalker

Chris Beck got it wrong about Lauren Duca. 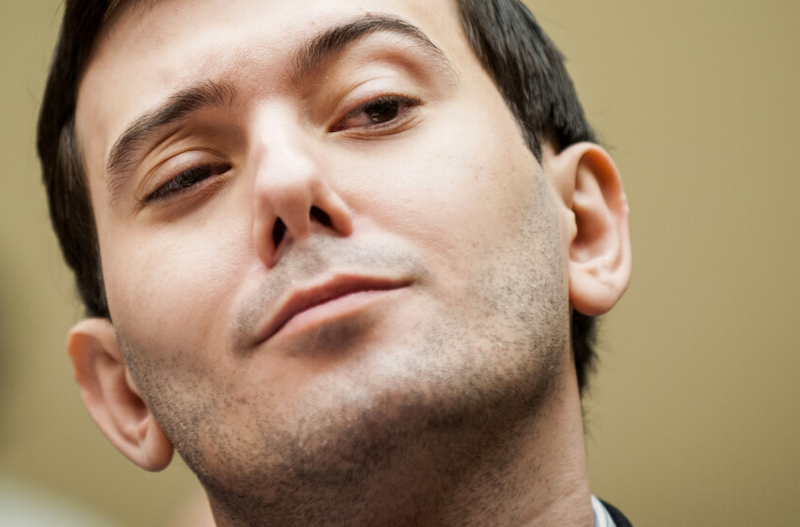 Fellow Splice Today contributor Chris Beck recently wrote that Teen Vogue writer Lauren Duca is “skilled at playing the victim card” and that her response to the harassment by Martin Shkreli was to “turn to the patriarchy” to “fight her battles for her.”

I don’t follow Duca on Twitter, but her Tweet of Shkreli’s harassment went viral; it contained screenshots of Shkreli’s photo collage and a doctored photo, with his face posted over Duca’s husband, which he was using as his profile picture. The caption included a plea for Twitter CEO Jack Dorsey to help her out. I decided to take a look Shkreli’s page to see it for myself, and also to see if he’d offered any kind of response to her. It turns out that I’d blocked him, but could still see that he was indeed using the doctored photo in his profile picture, and that the collage was the header art on his main page. My own personal use of the block feature on social media is usually because someone was abusive to me or I saw someone being abusive to a person I enjoy chatting with, and was so repulsed that I’d do a pre-emptive block. Since I have no memory of ever chatting with Shkreli, and scrolling back through a year’s worth of old tweets told me I didn’t, I concluded that I must’ve observed him being abusive to someone else. Also, unlike Beck, I didn’t see the collage and the doctored photo as a “juvenile prank” or “harmless fun,” I saw it as the creepy stuff that stalkers do to assert dominance over their victims. Also, Beck’s assertion that Duca could’ve simply blocked Shkreli doesn’t hold any weight with me, especially when, if I’d already blocked him and could still see the photos, I don’t understand what it would’ve accomplished. Shkreli’s use of the pictures was a power trip. In addition to the pictures, there were a number of other creepy tweets.

Since I already had Shkreli blocked, I started hunting for other evidence that he’d harassed people on Twitter prior to Duca. I didn’t have to go very far, since another Splice Today contributor, Noah Berlatsky, shared a tweet from writer Dana Schwartz containing a screenshot of Shkreli describing himself as her boyfriend in his Twitter profile, in addition to pictures of her in his profile picture and header art. I saw this as perhaps establishing a pattern of behavior for Shkreli. But as I looked around for more information on the incident with Schwartz, I stumbled upon something I didn’t expect.

Beck, and a few others, have cited a picture that Duca tweeted out of Shkreli, captioned, “Martin Shkreli is literally at Guy Fieri’s Flavor Town right now. I don’t even know,” followed by subsequent tweets: “I left right away. I feel sick,” and “I felt so gross. I still feel gross.” The argument is that this picture is Duca firing the first shot. On the surface, it would appear that Duca happened to see one of the most despised men in the country and tweeted out a picture, while telling the world how gross she thinks he is. At least, that’s how I interpreted the incident; Beck saw it as “A feminist warrior in New York City is so sensitive she has to leave a restaurant because she can’t share the same air with someone she hates, and over three hours later still feels ‘gross?’” Beck also asked, “Isn’t it targeted harassment to use Twitter to single out someone who’s minding his own business in a restaurant and making him even more of an object of scorn?”

Here’s what happened: In August 2016, someone pretended to be Shkreli in an email chain scam that reached 400 members of the press, and that led to Shkreli arguing with some of those reporters. Someone suggested that the only way to resolve this was an afternoon of drinking at Guy Fieri’s Flavor Town. Shkreli actually followed through, inviting the press to happy hour and footing the bill. According to both Grub Street and Complex, the event was set for three p.m. on August 12, 2016. Duca’s photo is timestamped 2:37pm on that day. Shkreli also livestreamed the event for two hours on Periscope, with the video saved to Twitter—video that seems to have disappeared due to his banishment from the service. In Complex’s detailed article about the event, they said Shkreli was already at Flavor Town when they arrived; presumably Duca was already gone. Also, the turnout was very small, comprised only of the two people from Complex writing the article, plus a few others from Mashable and Adweek. While there’s nothing on either website about this incident, I did find that Mashable’s Kerry Flynn still has a 48-minute Facebook live video posted to her account. Complex describes the event as going on for almost three hours, but much of what’s in their article can be easily corroborated by Flynn’s video. I’d say that Shkreli is a surprisingly good sport over the email incident, even if his personality remained consistently arrogant, even when he manages to be engaging.

There’s no mention of Duca or Teen Vogue anywhere, so it’s safe to assume that she did in fact leave shortly after taking the picture. As a member of the press, she had a legitimate reason for being at Flavor Town that afternoon and tweeting out pictures of Shkreli. Why would she leave before the event is scheduled to start, and express her disgust for hours afterwards? As a woman, I know what kind of garbage an entitled douchebag can say or do to make a gal’s skin crawl, especially when there aren’t that many people around. I’m not a mind reader, but an ugly exchange strikes me as likely.

As for Schwartz, I have no idea why Shkreli would’ve targeted her. I do agree with Beck that some of Duca’s tweets where she calls white men trash aren’t worthy of defense; I hate that sort of thing. But I do wonder where Beck is learning about feminism, because the feminism he describes isn’t something I recognize. It’s a bit like when I hear evangelicals talk about the Bible, and realize I learned something different in Catholic school. But it probably explains how he arrived at viewing Ivanka Trump, one of nepotism’s greatest beneficiaries, as a “feminist exemplar.”

Beck’s main argument about Duca playing the victim card is something I see whenever women complain about harassment or assault, if they’re not being called desperate for attention. There’s an oft-cited Pew study that a lot of people have used to “prove” that men are harassed online more than women, but that’s not the whole story. The patterns of abuse are different, with women more likely to be stalked and sexually harassed, particularly over a sustained period of time (which Pew doesn’t specify).

Either way, online harassment is common. When Twitter CEO Jack Dorsey asked users about their 2017 wish list for the service, the top three were an edit function, a better way to bookmark, and improved responses to harassment. Dorsey has asserted that addressing abuse is a priority of the company. To characterize Duca as a damsel running to the patriarchy is insulting, especially when Dorsey is volunteering himself.

Speaking of insulting, as one writer to another, I find it ridiculous that Beck is defending Tucker Carlson’s assertion that because Duca writes about fashion, she can’t write about more serious topics; Carlson once interviewed Stan Lee—does this mean he can only stick to comic books? I also think it’s as true when Duca called Carlson a partisan hack as when Jon Stewart said it.

What bothered me most about Beck’s piece is that we both saw the same evidence and came to very different conclusions. I saw Shkreli’s pictures of Duca and saw a stalker, and Beck saw a prank. I saw a woman concerned about her personal safety, and he saw a woman behaving like a whiny little girl. This breakdown is why women are afraid to report crimes perpetrated against them. Women’s truth is treated like something always open to negotiation.