MSNBC'S Pied Piper of collusion leads network off the cliff. 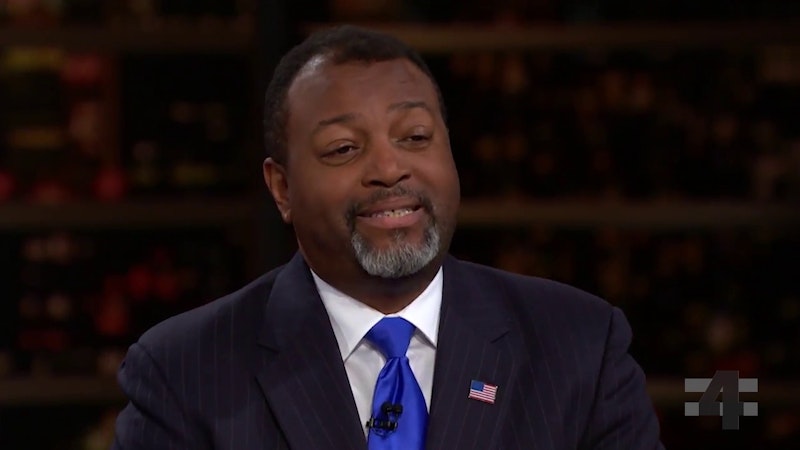 Among those whose stock might dip precipitously after the Mueller report is Malcolm Nance, a constant presence on MSNBC since the last presidential election, and author of The Plot To Destroy American Democracy. How Putin and His Spies Are Undermining America and Dismantling the West. That book begins: “On November 8, 2016, Vladimir Putin became the first Russian President of the United States. What could arguably be called the greatest intelligence operation in the history of the world had been executed and the result was that the candidate Moscow had supported had won."

Had the Mueller commission's extensive investigation found collusion, Nance would now be celebrated as a sage truth-teller, but instead he's been knocked back on his heels. Nance hasn't been accused of nearly crying on camera like MSNBC anchor Rachel Maddow—she’s denied it—but it can't be fun to suddenly look foolish. Nance, who projects a confident demeanor, got used to using his decades of military and intelligence experience (he's a veteran of antiterrorism and counterterrorism intelligence operations in the Middle East, North Africa, and the Balkans) to lend credibility to some wild conspiracy theories that don’t look solid right now. MSNBC viewers who hung in there night after night to catch Nance dropping bombs like, “Technically this could eclipse Benedict Arnold,” must be confused.

The Russian collusion story has its origins in the intelligence community. Nance, a bonafide member of the US Intelligence Community who's said that he wants a new Cold War with Russia, has been on TV night after night pushing it. What conclusions are we supposed to draw now that Mueller's determined there wasn't significant collusion with the Russians to win the election? That MSNBC milked the story for ratings? That the Intelligence community is spreading false Information with the help of MSNBC?

Nance has sometimes played fast and loose. In October 2016, WikiLeaks, which has an impeccable record for authenticity, released its first batch of emails obtained from Hillary Clinton campaign chair John Podesta. Nance quickly tweeted, without providing evidence or citations, “Official Warning: #PodestaEmails are already proving to be riddled with obvious forgeries & #blackpropaganda not even professionally done.”

Journalists, supposedly trained to obtain evidence and/or citations, retweeted this and the “news” spread quickly. The Clinton campaign used the tweet to taint the WikiLeaks drop, although no legitimate news outlets fell for the ruse. Only Hillary's base took it at face value, and it helped them stay in their bubble. As it turned out, the intelligence expert had been fooled by a phony Twitter account unrelated to WikiLeaks.

Just as Nance came in handy for Hillary Clinton in misleading her followers, he's been useful for MSNBC in its effort to tout the Russia story above all other news. That cable network doesn't even cover the Yemen war, as if genocide and starvation of children isn't worthy of its time. And then there's all the other stories getting short shrift, like rising health care costs, tension with China, the opioid crisis, student loan debt, etc. The media became mesmerized with the Russia story, and that has come with a cost.

You have to wonder how many loyal MSNBC viewers felt tinges of doubt when Nance, appearing on The 11th Hour, spoke of the “disinformation frame” that Russia had been building around the US with the goal of dividing the nation to the point where the US would “welcome an invasion.” That's the kind of talk that should’ve prompted host Brian Williams to ask his guest for a clarification, but Williams just let him keep talking.

Nance went on to say that Russia's project has been so successful that one-third of all Americans don't believe what's before their eyes, and that the Russian conspiracy involved the alt-right, gamers, Steve Bannon, white supremacist Richard Spencer, the John Birch Society, and the KKK. At the end of the program, Williams said, “Wow. Malcolm Nance this is why we ask you all the time to come on this broadcast. Scary stuff but it needs to be said, needs to be heard. Thank you sir so much for joining us once again."

It needs to be said that Americans will eventually welcome a Russian invasion because of a plot the Russian army hatched in the 2000s? That fawning Williams benediction says it all about MSNBC and Nance. It's as if he hypnotized the network so that anything he said about the moral panic he's been trying to spread would sound credible to them. MSNBC's in it too deep now to do anything but go full speed ahead, so get ready for more of the same from Malcolm Nance.