He's no Tim Gunn. But that has some upsides. 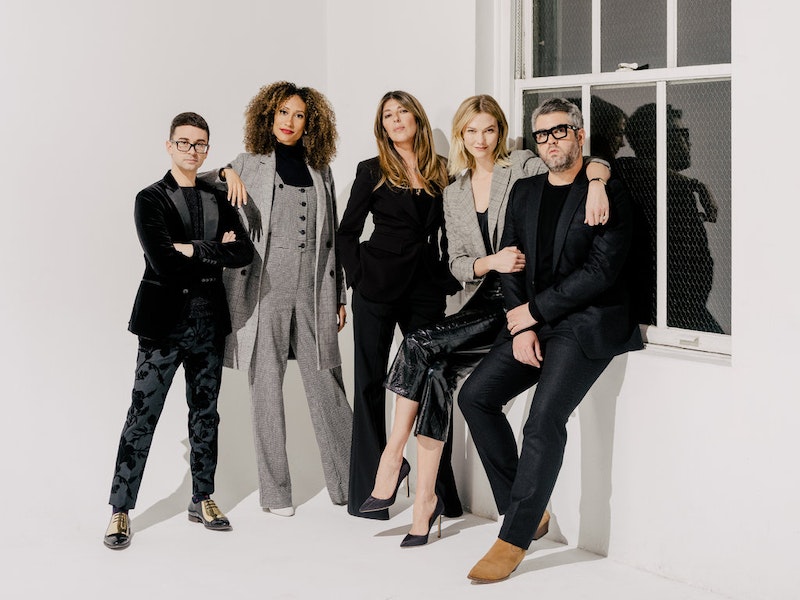 Project Runway's 17th season is different from its predecessors. The series has left Lifetime and returned to its original home on Bravo. Judge Zac Posen is gone. Host Heidi Klum has moved on to helm a fashion show on Amazon video. And most shockingly for longtime fans, Tim Gunn, who defined the show, is leaving along with Heidi.

Gunn served as the show's mentor; it was his job to provide designers with feedback and encouragement. Gunn was a comforting presence. He coined one of the show's catch phrases, "Make it work!" which he’d say in a tone of defiant reassurance as some designer presented him with a poorly-sewn atrocity sliding off a skeptical model. "You can fix this," Gunn would say. "I don't want to see you go home!"

Sometimes the designers did fix it, sometimes they didn't and they went home. But Tim was always rooting for them. Reality shows are often mean-spirited, and Project Runway had a sadistic streak—what else can you say of a show that gives contestants 12 hours to make beautiful dresses out of candy and car parts? But thanks to Gunn, PR was always kinder than it was cruel.

Christian Siriano, who replaced Tim as mentor, takes a very different approach. Siriano is the most successful Project Runway alum. He won the show in 2007 on season 4, and went on to be one of America's most successful fashion designers. His fashion line makes millions every year, and he's designed dresses for Rihanna, Taylor Swift, and Michelle Obama.

Gunn's background is in teaching, and he treated mentoring as an educational opportunity. He tried to lead designers to find answers for themselves, and to realize their own visions. He’d sometimes say, gently, "I question the taste level" if a designer outfitted their model with a giant chrome codpiece. He'd issue a quiet warning if the dress were too dowdy or old. But he was there to help, not to command.

Siriano, in contrast, is a working designer at a leading brand, and he’s not shy about letting people know his opinions. When one designer started to buy giant swathes of taffeta for her dress, Siriano told her she was being a fool. She bought it anyway, and made a hideous contraption that looked like a bridesmaid's dress.

Most striking was Siriano's interaction with one designer who’d failed to make a bottom for his outfit two hours before the runway. Gunn, in this situation, would’ve told the designer to remain calm, and maybe given him a hug. Siriano took a different approach. "You don't have any pants!" he said. "You've only got two hours!" (The designer did make a bottom in time. It wasn't good.)

I love Gunn, as everyone does, and I miss his gentle approach. Still, there's something to be said for Siriano, too. Gunn treats the designers like students; he's trying to make them better artists and better people. That's why he doesn't tell them what to do. He wants them to find their own path.

But Project Runway isn't a classroom. Most designers on the show are already accomplished. Cavanagh Baker, for example, is a luxury designer and owns her own store in Nashville. She was eliminated in the first round this year, but that wasn't because she’s a young designer who doesn't know what she's doing. The time pressures on Project Runway are fierce, and it's easy to end up with a hideous dress if you're not used to working very quickly, or if you just make a wrong turn early on.  Its nice to be nurturing, but in the context of the competition, having someone just tell you right out, "Don't do that, for fuck's sake" is often more useful.

Art is about personal expression. It's also about jumping through stupid hoops so you can get paid. Fashion is a personal vision and a job. Project Runway, in its artificial way, has always balanced idealistic and realistic approaches to art. "Make it work" is an expression of faith. But it's also a practical reminder that the model needs to be wearing something when she walks down that runway.

Siriano's spikier, which isn’t a bad thing after 17 seasons. I'm especially interested in how he'll handle the critiques for the final collections. Gunn's feedback in the last rounds especially could be infuriatingly vague and hands off.  Siriano may provide more useful notes, and lead to stronger collections. Sometimes as an artist you need to be reminded to believe in yourself. Sometimes, though, you really need someone to tell you to ditch the taffeta.