GOP delusion has gone from severe to grotesque. 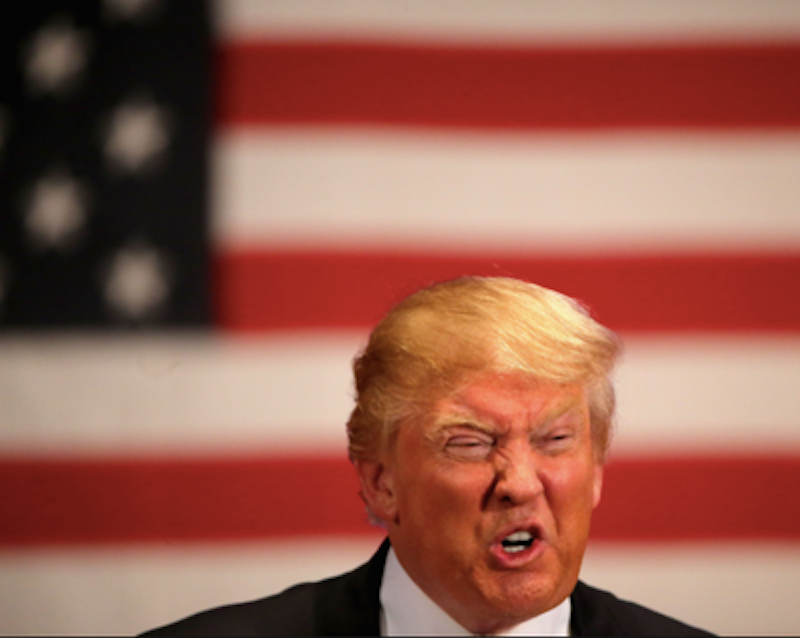 Republicans have great ideas. For instance, they decided to invade Iraq. Now they’re going to nominate Donald Trump for president. Not that all Republicans swallow both of these ideas. For instance, Trump despises the Iraq War (now that it’s been fought and lost), whereas the neocons despise Trump—in part because of his views on Iraq, in part because he’s unstable and slimy and obviously has no respect for such cumbersome ground rules as the Constitution and the democratic principle. Also, I suppose, because he tells race lies and is a casual bigot.

But the voters who liked the neocons’ war also like Trump, and both of these dreadful choices show the same kind of stupidity. It’s the belief that reality’s like a jar and a sharp knock is needed to shake everything loose. George W. Bush and his Snowballs pranced to the tune of the Green Lantern Fallacy: the U.S. could make any nation sit down and shut up if the U.S. would muster the cojones. This idea fell apart outside Anbar. But now the GOP base has imported a new and improved sitter-down-and-shut-upper, the mighty apparatus known as Trump.

They’re indulging in fantasy, but so did the neocons and Bush. If the neocons hadn’t been so wrong, Trump wouldn’t be winning. Yet there’s a difference, the difference between a swollen muscle and a muscle swollen on Steroids. The first version was bad enough, but then the fools had to top themselves. At least the neocons could tell what was on a map, and they knew that some means had to be provided for a given end. No, they weren’t good about judging the means available, and their ends tended to look like military domination, not liberation and democracy. But Paul Wolfowitz didn’t just have a fit on stage and then tell himself he’d evolved a strategy. (“Bomb the shit out of ISIS.”) Wolfowitz didn’t personally consider himself a magic wand that could reshuffle the global order to suit himself and the folks. Let’s not oversell these differences, but still. Once upon a time GOP delusion was severe. Now it’s grotesque.

Back in 1980 a right-wing pundit remarked on the loyalty of the proles who had bought the sexual revolution but not anti-Americanism. He referred to them as having Penthouse in their pickup’s back seat but a bumper sticker of Mickey Mouse giving Iran the finger. That’s not much of a belief system. The Republican Party appealed to these characters as a means of giving an all-purpose finger to many big targets: hippies, reporters, tax collectors, foreigners, gays, blacks, Muslims. The finger got shot off—if I may extend my metaphor—and now a big mother replacement has been strapped on.

This is what Reagan’s America has come to. Ideas were always parsley on the steak, and now the parsley is gone. The Republican voters’ program: make everybody sit down and shut up so the good people can have everything they want. That’s about it, red and raw. I don’t miss the parsley, but you can see why delicate souls would want some on there.