The Deficit Hawk Myth of the Hyperinflation Threat

Mythological thinking by clueless politicians holds the U.S. back. 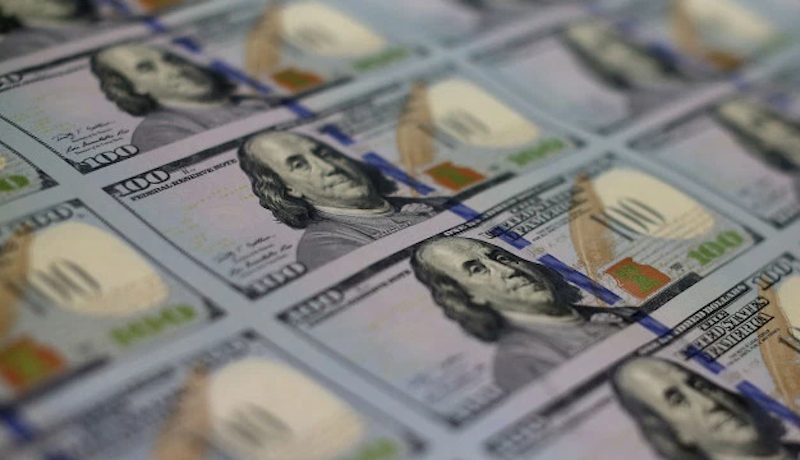 Recently, a self-identified blue dog Democrat told me that government overspending could soon push us into the abyss of hyperinflation. Not your insipid Jimmy Carter-era double-digit annual inflation, hyperinflation is the 50 percent per month (or more) variety of disaster that produces the $170 Venezuelan hamburger. Curious about how he had reached this conclusion, I asked him a couple basic economic questions that he admittedly didn't understand, but he held firm to his conviction, telling me I needed to read Forbes to grasp the issue. Not understanding what I’d asked hadn't fazed him.

Maybe he’d recently read a Forbes article that had warned of impending hyperinflation. That wouldn't be surprising, as the public is constantly bombarded with calcified, wrong-headed views on such economic matters as spending, the deficit, and government's role in the economy.

Ovid once said, "Dripping water hollows out a stone, not through force, but through persistence." The long, steady drip of misinformation into the collective consciousness has by now shaped a conventional wisdom on macroeconomics that is divorced from reality. Concepts regarded—even by Obama—as axiomatic are verifiably false.

Take the oft-repeated (especially by economic conservatives) claim that too much government spending is putting the United States on the path to hyperinflation. It goes something like this: "If we keep printing money like this we'll end up just like the Weimar Republic or Zimbabwe." The intuitive appeal of this argument can't be denied. All spending can be inflationary, as most people understand. It would then follow that, at a certain point (always indeterminate, as deficit hawks can never pinpoint it) government spending could produce hyperinflation.

But the simple truth is that hyperinflation is not caused by deficit spending or high government debt levels. History bears this out, as does Japan, circa 2016, which has a debt/GDP ratio over twice that of the United States and can barely keep itself out of deflation. Examinations of the Weimar Republic and Zimbabwe hyperinflation examples reveal few parallels to the current American economy.

The post-World War One Versailles Treaty saddled Germany with crippling reparation payments. To force the Germans to make the payments, the Allies occupied the nation's industrial center, the Ruhr Valley. German workers responded with a strike. Nothing was produced, but the government continued to print money so it could buy foreign currency to pay the reparations. That's the recipe for hyperinflation, and the German mark soon became nearly worthless.

In Zimbabwe, Mugabe broke up the white-owned farms, drastically restructuring the agricultural sector so that inexperienced people who lacked capital and access to government loans were farming. Foreign capital exited and agricultural output declined precipitously. Basic goods were in short supply, while the government continued to print money in excess. In 2008, Zimbabwe's inflation rate hit the astonishing level of 231,150,888 percent.

Hyperinflation in the United States is a libertarian fever dream born of a destructive mythology that's permeated the public debate. It's based on an ignorance of how the modern, post-gold standard, post-fixed currency American economy works. Look at what happened when the clueless Standard & Poor's (which employs people Wall Street rejects) downgraded long-term United States debt for the first time in 2011. This was the time of the debt ceiling crisis, when Paul Ryan said we were going to become the next Greece (which he didn't even understand was impossible), that interest rates were going to spike, and our debt might get downgraded, so we had to take $10 trillion out of the deficit. And what happened when S&P did its downgrade? Interest rates went down.

The disaster is always right around the corner for deficit hawks, but they can never tell you when. They don't actually know anything. Rather, they rely on the power of constant repetition of falsehoods to a public lacking the knowledge to reject arguments that have an intuitive, commonsensical appeal. These arguments are based on the faulty assumption that the U.S. economy, which has a sovereign currency, operates under the same economic constraints as a household.

The burden of proof now rests squarely with the deficit hawks, because none of their predictions have come true.