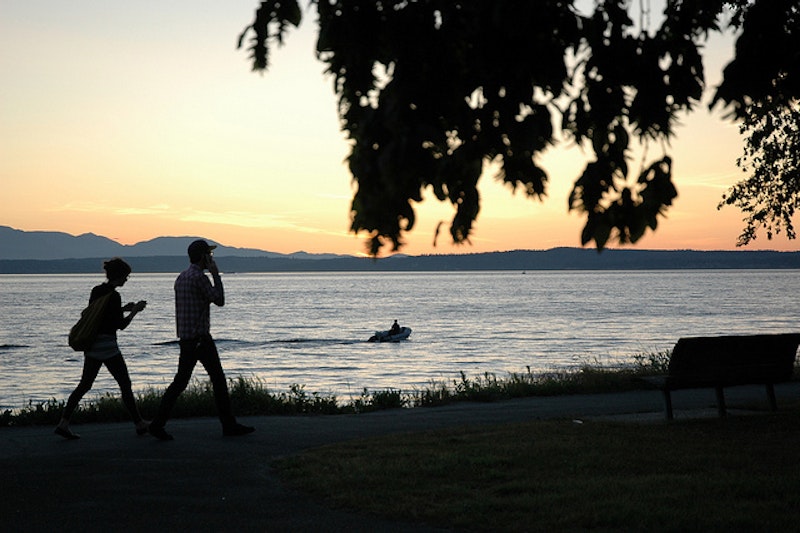 Frank Bruni, 49, one of the less maligned New York Times op-ed columnists (not a positive in that racket), is burnt. It’s too bad, because his restaurant reviews for the paper were terrific, and his book about George W. Bush, Ambling Into History, was one of the best about the 2000 presidential campaign. But the man has little new to say, as his Dec. 31 column, “For 2014, Tweet Less, Read More,” amply demonstrates.

He writes: “It feels at times as if contemplation has given way to expectoration, with speed overtaking sense and nuance exiting the equation.” No kidding, Frank. This sort of hand-wringing lament, delivered years after it was apparent to anyone who’s even nominally literate, reminds me of the pre-Tina Brown New Yorker, when the somnolent Elizabeth Drew’s “Letter From Washington” was a source of satire because it was so dated.

Bruni’s call to “slow the debate,” aside from being ridiculously quixotic, reeks of nostalgia, as in the not-so-distant past when daily newspapers and magazines were read thoroughly and people actually watched the network news every night. It’s somewhat understandable, since the Times is, month by month, becoming less important in the “national conversation” and in a decade—if not sooner—will reign as a niche publication/digital operation, with a far leaner staff and maybe even reduced grandiosity. Still. Bruni’s a sharp fellow, and I don’t understand why he didn’t call in sick before writing a column that’s already been done about 1000 times. Bruni’s feeble attempt to make an old topic new is that some unnamed “researchers” have determined that people who read fiction—as in books—are more empathetic and less likely to join the “haters” who clog up comment threads and write foul blogs. (The only saving grace of Bruni’s epiphany is that maybe he’ll have a sit-down with colleague Paul Krugman, who does little but “expectorate” twice a week.)

“[Reading fiction or non-fiction] doesn’t just yank you outside of yourself,” Bruni says, “making you consider other viewpoints without allowing for the incessant interjection and exaltation of your own. It slackens the pace. Forces a pause.” No argument from me on that score; reading books or print magazines is a great pleasure, and it’s too bad that this onetime common habit—think back just a generation ago when almost everyone on a plane was reading something, rather than playing video games or tweeting—is disappearing just as fast as independent retailers or fairly reliable Amtrak trains. It was announced recently that New York will start publishing every other week this coming March; it’s my bet that The New Yorker follows suit by the end of 2014.

This surely didn’t just pop into Bruni’s head: anyone who follows news in any form has become accustomed to a schizophrenic and often trivial media. I just don’t know why the columnist thinks this facet of modern society can be turned around.

Bruni forges on: “In 2014 and beyond, one of our challenges will be to exploit the great advantages of social media… while sidestepping the pitfalls… On social media, on many blogs and along other byways of the Internet, the person you disagree with isn’t just misinformed but moronic, corrupt, evil. Complaints become rants. Rants become diatribes. And this tendency travels to cable news shows, Congress and statehouses, where combatants shout first and ask questions later.”

Rip Van Bruni concludes that the public would be “healthier” if it traded the “sugary highs and lows of rapid-fire outrage for a more balanced diet.” He’s probably correct, just like all the commentators who’ve previously delivered identical sermons, but the damage—or progress, depending upon your own views on the subject—is complete.