Will Maryland Legalize Pot This Year?

The election year could act as an impetus. 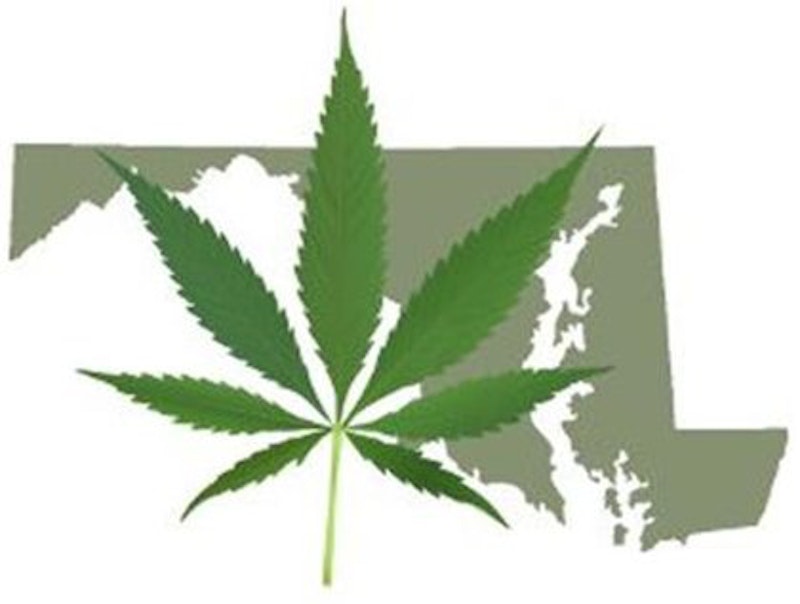 When Maryland’s 188 legislators convene on Wednesday, the 2014 session will be more about them than us. It’s an election year. Survival is the first law of politics. This is also Gov. Martin O’Malley’s (D) legacy year, his final General Assembly session when instead of buffing up his report card he must deal with the state’s bollixed health care enrollment.

For the first time since the late-1960s, the annual 90-day meeting and the state’s primary election will almost blur into a single event. Primary election day was shifted from September to June to conform to federal absentee ballot policy. And the coming together of the two will almost certainly influence the tone and the tactic of Assembly members seeking reelection as well as those reaching for a resume upgrade to statewide office. The session ends early in April, leaving barely two months until the June 24 primary.

Taken as a total package, Maryland government is, without hesitation, among the most progressive in the nation, probably far more liberal than the people who elect the state’s officials. Maryland is overwhelmingly Democratic from top to bottom, and five sub-divisions along the I-95 corridor dictate the voting patterns of the state’s entire collective of 23 counties and Baltimore City as well as members of the General Assembly. Republicans are a two-one afterthought.

Maryland government usually reacts to the first ripples of change out of Washington. And the busiest bill-writing day of the week is Monday, when ideas are ripped from Sunday night’s 60 Minutes. But as this is an election year, don’t expect anything dramatic or revolutionary to come out of Annapolis. There will be a maximum of speeches and a minimum of fuss. After all, the General Assembly’s only legal obligation is to enact a budget.

Considering the populist fervor and the new wave of liberalism that’s sweeping the nation’s political salons and big cities, signaled by the election and swearing-in of Bill de Blasio as mayor of New York City, there is a question of how much further to the left Maryland can shift or even if there’s tolerable room for any movement at all. Watching O’Malley (D) wriggle and write to adjust his long-shot presidential ambitions to the new progressivism will become a political hobbyist’s lab project.

Many of the great social issues of the era—abortion, capital punishment, the Dream Act, same-sex marriage—have been settled in Maryland and are moving toward resolution in other states or in the courts. But here, as elsewhere, and as symbolized by de Blasio’s two-cities campaign in New York, the issue of economic inequality and social mobility are emerging as the dominant political themes of 2014. In case anyone missed it, de Blasio’s election has encapsulated the point as sharply as a year’s worth of the Occupy Movement’s camporees.

Democrats will be hammering away at the economic disparities that separate the haves from the have-nots while Republicans believe they have a winning issue in the major bloopers of Obamacare, or in Maryland’s case, O’Malleycare. O’Malley’s said he will sponsor emergency legislation to rescue those who are left without health care coverage because of the state website’s malfunction. But the move appears as much a rescue operation for his lieutenant governor’s campaign for governor as a website bailout.

At the very top of the General Assembly’s agenda is the state’s minimum wage, currently in line with federal law at $7.25 an hour. This is one area where Maryland is woefully behind the trendline. Maryland’s minimum wage was last raised in 2005 and then only after the legislature overrode Republican Gov. Robert L. Ehrlich Jr.’s veto. It was adjusted in 2009 to meet the federal minimum standard of $7.25, or an annual salary of $15,080 for a full-time worker, just about the ever-shifting federal poverty line.

On Jan. 1, the minimum wage increased in 13 states, ranging from $8.25 an hour in New Jersey to $8.70 an hour in Connecticut. Twelve other states, including Maryland, are considering increases. In Maryland, two counties, Montgomery and Prince George’s, have raised their minimum wages independently of the state.

The Maryland governorship is up for grabs this year, and the attorney general’s job an open seat. O’Malley is nearing the end of his two-term limit, and Attorney General Douglas Gansler (D) is abandoning his job after two terms for a campaign to succeed O’Malley.

Two other Democrats are competing with Gansler for the state’s top elective office—Lt. Gov. Anthony Brown, who is attempting to become the first of seven modern lieutenant governors to succeed to the governorship, and Del. Heather Mizeur (D-Montgomery), the first openly gay woman to run for the office.

All three have endorsed an increase in the minimum wage, with the average figure being at around $10 an hour. Mizeur sponsored a minimum wage bill that was defeated last year. There is general agreement that a minimum wage increase is likely this year if O’Malley applies the coiled power of the governor’s office to the task.

Another issue that lingers like a 1960s hangover is the legalization of marijuana. Maryland took a baby-step last year toward farm-to-table availability of pot by authorizing designated medical facilities to dispense the leafy substance. Since then, marijuana has become widely available at 24 locations in Colorado where it went on general sale Jan. 1 in limited quantities as a major revenue source for the state. Pot is fetching as much as $400 an ounce in Colorado. About 20 states and the District of Columbia have legalized the sale of marijuana for medical use.

Maryland has competing reasons for legalizing pot’s availability. Black legislators want to decriminalize the possession of small amounts marijuana because of the disproportionate number of blacks who are arrested and criminally charged with a record to follow them through life. And whites, perhaps without saying so, regard pot as a middle-class recreational drug that should be as legally available as, say, tequila or a six-pack. Marijuana has long been disproved to be a gateway drug to mainline stuff such as cocaine and heroin, as critics had warned for years.

It’s ironic that the drive to decriminalize marijuana began in Baltimore more than two decades ago when Mayor Kurt Schmoke stunned the nation with the proposal on national television. A further twist was added when many prominent conservatives, including the late William L. Buckley Jr., joined Schmoke in the launch of what became a losing crusade. Schmoke was attempting to relieve the city’s overcrowded prisons; Buckley opposed government’s intrusion into private lives.

So Del. Curt Anderson (D-Baltimore) will try again. And he picked up a powerful ally in Senate President Thomas V. Mike Miller (D-Calvert), who told The Washington Post that “I favor legalization and taxation of marijuana, with restrictions.” The General Assembly has repeatedly defeated attempts at decriminalization. In fact, Anderson says that this time he has the support of the League of Women Voters, the NAACP and the ACLU. Besides, Anderson claims the legalization of weed would produce $50-$100 million a year in revenue for the state that soon could be puffing its way to prosperity. As with gambling, the idea is contagious.