Let’s Give God a Break From Politics

Doesn’t the old fella have better ways to spend his time? 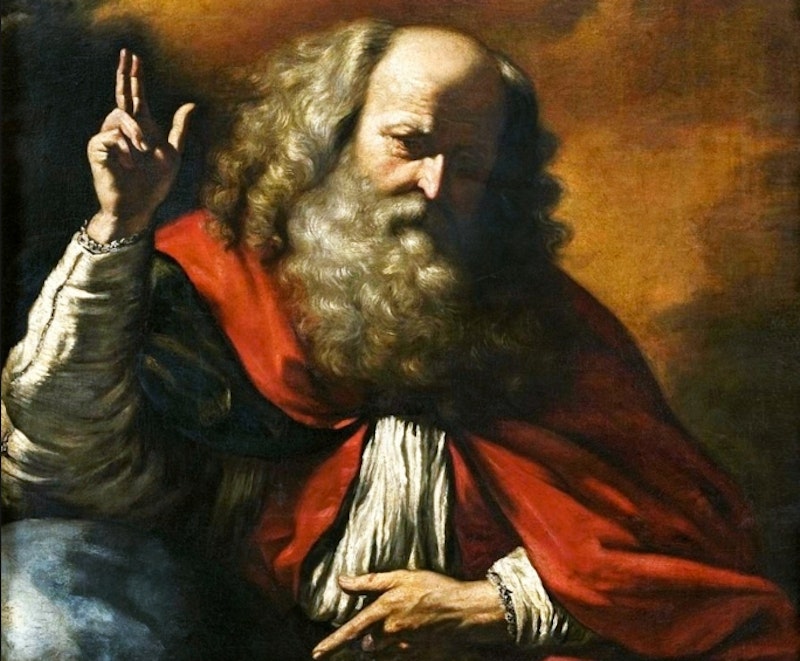 There was a lot to like in Marco Rubio’s de facto victory speech in Iowa last night after finishing just five points behind Ted Cruz—the Florida senator reprised Bill Clinton’s buoyant remarks after the “Comeback Kid” finished a distant second to Paul Tsongas in the 1992 New Hampshire primary—especially his not-so-subtle re-embrace of non-nativist immigration reform. He arrived in New Hampshire ahead of next week’s contest with renewed chutzpah, and as the GOP’s “establishment” (what’s left of it) candidate of choice. He also picked up the endorsement of South Carolina’s Sen. Tim Scott, which if the latter works the ground, has to help Rubio with the black vote.

Who knows if he can pull it off, but I’d far prefer Rubio to Cruz or Donald Trump to take on Bernie Sanders or Hillary Clinton in November. If he doesn’t mangle his words too much—Rubio’s smart and well-spoken, but can get flustered—he’s the GOP’s best chance to win the White House. Yet there’s one aspect of Rubio’s candidacy that really repels me—not a disqualifier, but noxious all the same—and that’s his constant invocation of God. Monday night was typical: before acknowledging his family, Rubio said, “I want to thank an all powerful and mighty God for the chance that He has given us to be a part of this endeavor here in Iowa.” As we used to say in the 1970s, Earth to Marco: God had nothing to do with it! I understand that Rubio was pandering to the Evangelical vote in Iowa, but jeepers creepers.

Granted, Cruz is even worse: depending on what audience he’s in front of, the mean-ass Texas senator says he gets out of bed, drops to his knees, prays to his Lord, and that’s before he brushes his teeth, does 100 wind sprints or sits down to a breakfast of steak, eggs and Lone Star-state-sized flapjacks. But I can’t stand Cruz—nor do I think he has a remote chance of defeating the ethically-challenged Clinton—so it’s easy to tune him out.

Republicans are far worse in promiscuously invoking the almighty, whether in campaigns or the Oval Office, but Democrats aren’t a whole lot better (remember, if you haven’t blocked him out, Jimmy Carter). Why, for example, does every president have to close a national address with the words, “And God bless America”? It’s a throwaway line that’s an outdated tradition. I’m not an atheist, but all this God baloney, which has nothing to do with the state of the country—too bad it’s not possible for Rubio’s savior to whisper a few words to the wobbly Fed when they meet to screw up the economy—drives me nuts. Oh, and while we’re at it, isn’t it time to retire a mandatory recitation of the “Pledge of Allegiance,” still in practice at many public and private schools, as well as an often-warbly rendition of “God Bless America” at sporting events?

I don’t at all begrudge Rubio’s religious faith, but wish he’d keep it to himself. His pitch to the nation should he win the nomination is strong enough: fiscal conservatism, no appetite to apologize to other countries, a line of attack on Clinton’s corruption and the recognition that the United States is made up of immigrants. Give God the year off.