Every remaining major candidate is a scam. 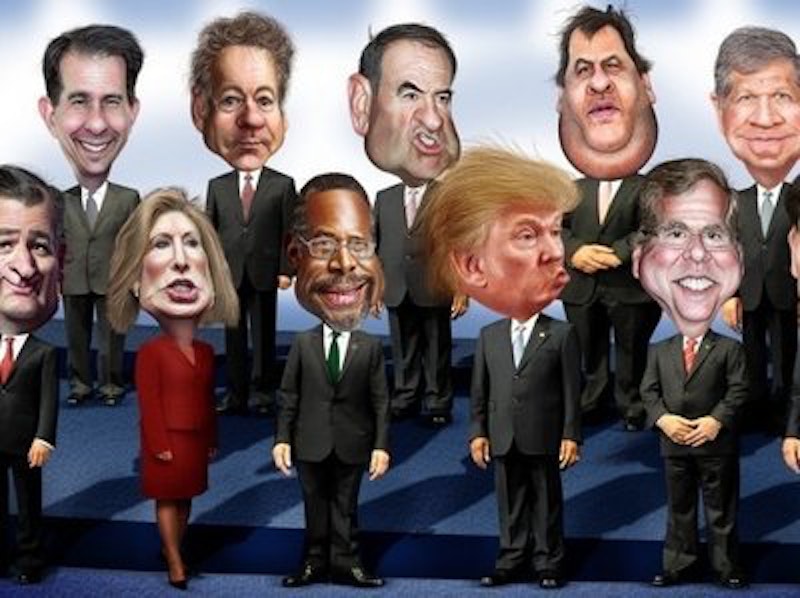 There are in effect five remaining major-party candidates, and pretending the others still matter will only hamper efforts to winnow these five. I can understand people planning to ditch these five as well by November, though, given that they all looked like amateurish phonies by the end of the Iowa caucuses.

Bernie Sanders rages daily against basic economics on Twitter, like a man who can’t believe this place doesn’t still serve coleslaw free with the meatball sandwiches the way it used to. Even before getting into the tricky details of economic policy, one ought to accept the basic idea that wishing does not make it so. But wishing is the very essence of democratic socialism, which is why it appeals to idealistic college students. They also like to believe history has direction and purpose (a dialectic, in more hardcore-Marxist terms), albeit guided artfully by the democratic process. By contrast, I’ve always contended history is much more random than anyone admits. The pundits, politicians, and professors won’t admit this because then there’s no master storyline for them to explain to you.

Hillary Clinton’s manifestly unlikely, fake coin tosses in Iowa, used to steal outstanding caucus votes from Sanders, are perhaps the one thing in politics that isn’t random. We all know she’s driven by a mad lust for power, but I wonder if her clumsy and corrupt moves this year are also driven on a subconscious level by the hope that if she gets to fight a general election battle against her friend Donald Trump—a chubby, womanizing b.s. artist—it will be more than a little like defeating her own husband. Even if she gets away with this coin-tossing scam, though, Sanders will get a saving bump from his near-certain New Hampshire win next week and will continue to harry Clinton for a while until losing with principled, geriatric dignity—assuming Clinton’s not under indictment by then. Keep in mind, poor Sanders’ New Hampshire bump is in large part just geography at work, though: he’s from neighboring Vermont, an advantage this Brooklyn-born, Jewish oldster won’t have in the rest of the country.

Ted Cruz pulled off an Iowa victory that should please all libertarian/conservative types immensely, but he too was accused of foul play: by Ben Carson, who says Cruz people told likely Carson voters that Carson had already dropped out of the race, and, in a separate flap, by the State of Iowa itself, which says Cruz used a sleazy, Obamaesque tactic by sending out a mailer meant to intimidate people into voting. The masses are almost as creepy as the politicians, though: The Washington Post’s Marc Fisher (notes Doug Mataconis) reports that the complaint most often heard from Iowa voters explaining why they weren’t voting for Cruz was, “He doesn't tithe.” Ted Cruz: less fanatical than the voters. (I only just learned, by the way, that for reasons not fully understood gravity is just slightly weaker in Canada than in the U.S., but you won’t see us science fans holding that against Cruz.)

Marco Rubio, less plausibly, also faced accusations in Iowa—of unfairly benefiting during the caucuses from faults in the delegate-counting program designed by establishment megacorp Microsoft. I’m not much worried about Rubio pulling off hacker crimes, but I am worried about the weirdly cold-blooded, psychotic zeal he shows when talking about more vigorous prosecution of the drug war and novel methods of cracking down on sex workers, as if America is currently up in arms about the scourge of prostitution. Trump, Cruz, Bernie, even Hillary—all seem to me in some ways bumbling, human, familiar, and comparatively harmless when contrasted with the robotic, dead-eyed, humorless soldier-for-evil that is Marco Rubio. Perhaps that means he’ll prevail in the end.

Donald Trump winning, by contrast, would mean I may as well get to work throwing out my Edmund Burke, Russell Kirk, and William F. Buckley books—because two centuries of conservative efforts will have led nowhere in the end, save to a faux-conservative fapulist (fascist-populist) hijacking the party and helping to elect President Hillary Clinton—a Trumpocalypse, as Politico called it.

There’s no good outcome on the horizon with all these con artists on the loose—though there is still that Libertarian Party.