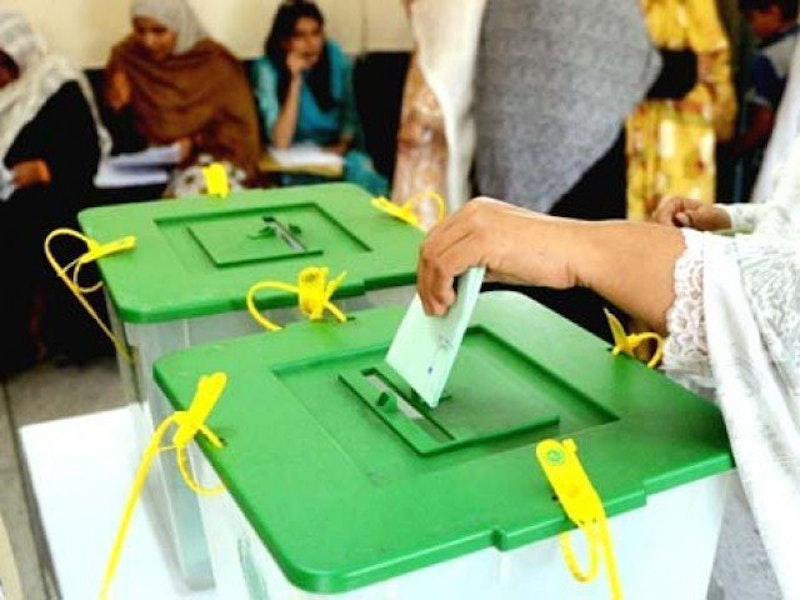 The United States is currently involved in around five wars; we have troops in Libya, Syria, Yemen, Afghanistan, Pakistan, and probably a number of other countries. These wars are often presented as benefitting the people on the ground. The Taliban, if not stopped, will brutally repress Afghan women; ISIS in Syria, and for that matter Assad in Syria, inflict enormous suffering on innocent people. If we were simply to pull our troops from conflict, lives for many would be worse.

Interventionism is bad, but isolationism doesn't seem like a moral option either. If the U.S. does not act as world cop, who will? We can either ignore atrocity worldwide, or we can impose our own will on distant lands—a policy also called imperialism.

I think there’s a third option, distinct from imperialism and interventionism. The United States should intervene in other countries, at all times and in all places where it is willing to give the vote to the people whose lives it purports to save.

The United States was founded explicitly as an anti-colonialist nation. That anti-colonialism was hypocritical; it didn't extend to native peoples in the Americas, certainly. But in principle it was sound; the Founding Fathers argued that no one should be taxed without representation. The force of the state should not be used to expropriate property from those who don't have a voice in the state.

The application of that to U.S. foreign policy is clear enough. America doesn't tax people in Yemen or Afghanistan or Pakistan or Libya—but it does drop bombs on them. If we believe in "no taxation without representation," then we should also believe in "no execution without representation." If we have a major military presence in a nation, and are targeting people with drones or bombs, then the people in that nation should be represented in our government. We say that we want to establish democracy across the globe. We can start by giving inhabitants of Afghanistan, Yemen, and Pakistan an opportunity to vote for U.S. president and members of Congress. If the U.S. is making policy that affects the life or death of people in Yemen, then people in Yemen should be able to have a voice in that policy.

Obviously, if the U.S. had to give representation to everyone whose country was invaded, there would be a lot fewer invasions, which would be positive. Just as obviously, this plan is politically impossible; Congress would never allow the people of Pakistan to vote on matters affecting Americans.

But thinking through the objections to votes for the occupied can be clarifying. After all, the U.S. hasn’t declared war on Yemen, or Libya, or Iraq, or Afghanistan. We’re not, officially, opposed to their governments, or locked in open struggle. We send troops supposedly to help the people in those countries. The best way to help someone is to find out what they need—and how can we find out what they need without asking them? If our goals are humanitarian, then we should be eager to listen to the people we claim to be helping. And the way that a democracy listens is through enfranchisement.

It's not hard to imagine what Congress members would say about this proposal. People in Pakistan do not share our values, they'd argue (probably using explicit Islamophobia). They'd insist that Pakistanis do not understand the needs or interests of people in Poughkeepsie. People in a distant land making policy is unjust and tyrannical, the argument would go.

But if these arguments could be made against Afghan interference in the U.S., then they could also be made against American interference in Afghanistan. Americans don't want Afghanis making decisions for them. But why then is it okay for people in America to make decisions for Afghans? If we're working to help Afghanistan, we should welcome the input of Afghan people. If we're not working to help them, then what are we doing there?

There’s no altruism in international affairs. People either have a voice in what is happening to them, or they don't. If America is committed to helping people overseas, and spreading democracy, then America should give the people directly affected by its policies a voice in its policies. And since we're unwilling to do that, we should think about whom our interventions are meant to benefit, and how they can be humanitarian when the humans involved don't get a vote.