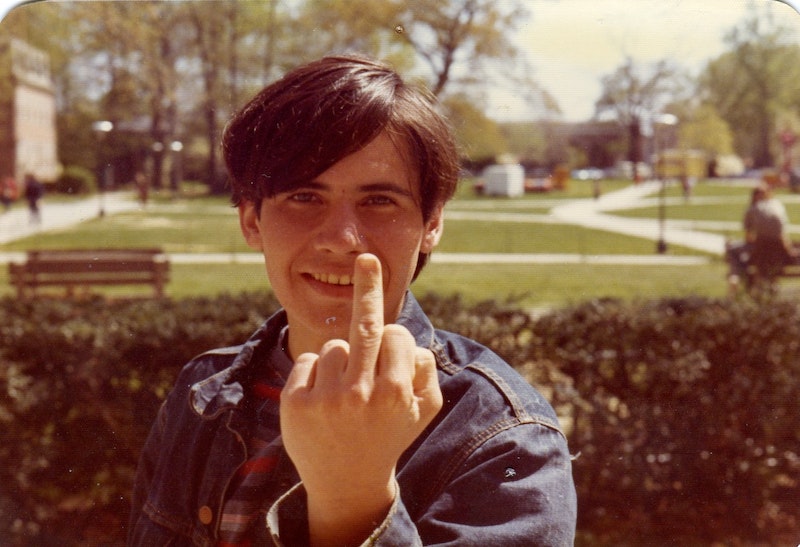 There are a handful of left-wing intellectuals whose essays I read in their entirety, and Thomas Frank fits that bill. (Paraphrasing Eisenhower, give me a week and I might think of three or four more; although Mark Hertsgaard comes to mind). But it could be that Frank, whose 2004 book What’s the Matter With Kansas? is every bit as totemic to today’s liberals and progressives as Kurt Vonnegut novels and Stones records were to my cohorts in the late-1960s, is running out of steam.

The reason Frank, as opposed to doctrinaire hacks like Paul Krugman, E.J. Dionne and Ron Brownstein, is worth reading is because he spanks his fellow elite, Washington-based Thinkers for their repetition, inability to imagine anything other than Winning the Good Fight and harping on the very easy attacks against the personally grotesque and uneducated (in a traditional sense) Donald Trump. Frank looks at worst-possible scenarios and proceeds from there; he doesn’t use terms like “flyover country” or go on field trips to interview five or six Trump voters who may now feel betrayed. (The above 1974 snap of a college roommate probably sums up Frank’s current state of mind.)

Yet the latest long piece by Frank, in the April issue of Harper’s (a magazine he apparently has a tempestuous relationship with, arguing, correctly, that its archaic paywall keeps away potential readers), “Four More Years: The Trump reelection nightmare and how we can stop it,” is long on rhetoric—well-turned rhetoric, I should add, since he’s a gifted writer—and short on meaningful prescriptions for how to stop Trump in 2020.

He doesn’t say it explicitly, but the essence of the piece’s first half is the old Clinton cliché, “It’s the economy, stupid.” Frank suggests that if, by a fortuitous deck of short-term “mistakes” that keep the economy humming (as he says, deviating from Democratic lore, Bill Clinton benefitted from such “mistakes” in the late-1990s), Trump could squeak into a second term. He writes, without giving examples other than G.W. Bush and Ronald Reagan: “Men who are regarded as incompetent, callow, senile, or racist sail back into office, and are even canonized as heroic figures once they retreat into the postpresidential sunset, clearing brush or painting oil portraits.”

Yet the main failing of Frank’s article—partly because of magazine leadtime; the article was written before Conor Lamb’s Congressional win in Pennsylvania in a conservative stronghold—is that it already reads as if it were written last July. Just once, and tangentially at that, does Frank even mention this November’s midterms, in which it’s expected that the Democrats may even exceed the “shellacking” that Obama’s Democrats suffered in 2010 and 2014. A loss of 70 GOP seats in the House? Right now, at the end of March, that’s entirely possible.

A takeover of the Senate? Still a long shot, since the Democrats have so many more seats to defend, but a repeat of 1994 isn’t out of the question. Not only that, but Frank—who’s probably wary, unlike his colleagues—of handicapping the 2020 Democratic presidential primary—doesn’t even mention one potential candidate who could deliver the country from Trump. That’s strange. I’ve no idea who Frank’s ideal Democratic might be, and maybe he doesn’t either. Elizabeth Warren’s too tied to Big Money, Joe Biden’s a sleazebag and Cory Booker doesn’t pass a progressive’s litmus test. Maybe he’s a Bernie guy, but regardless, when writing a very lengthy (by today’s standards, at least) about the 2020 election, it’d be helpful to know what Democrat meets his standards.

Instead, the main thrust of the essay is that eager Democrats, clearly energized by Trump’s daily exercises in uncouth and self-aggrandizing behavior, must throw the halcyon days of the Bill Clinton/Obama presidencies aside, for they’re meaningless at this point. Oh, and for good measure, erase Hillary Clinton from the dance card as well. That makes a lot of sense, as Frank is one of few pundits who commits the heresy of suggesting that Trump isn’t a complete moron when it involves speaking to the American public, with his faux-populism and tortured syntax, and gulping 30 oz. sodas, all of which resonates to a certain portion of the electorate.

Not that Frank doesn’t indulge in familiar bombast directed at Trump: “He is the biggest buffoon any of us has ever seen in the White House. He manages to disgrace the office nearly every single day. He insults our intelligence with his blustering rhetoric… He has succeeded in offending countless foreign governments.” I don’t quite agree on the last point: yes, Trump is offensive to other leaders around the world, but it hasn’t made much of a difference (unless the tariff war really does happen), and it’s not as if Obama’s Apology Tour was an example of American nobility.

I suppose Frank is taking the truth-teller, if not exactly schoolmarm role in regard to his fellow anti-capitalists, and, as I noted above, he’s deft at doing so. Like this about his media colleagues: “I suspect for a lot of prosperous liberals [Trump’s reelection] wouldn’t be such a bad thing. For them, there’s an alternative to political victory: a utopia of scolding. Who needs to win elections when you can personally reestablish the rightful social order every day on Twitter and Facebook? When you can scold, and scold, and scold, and scold.”

Yet after reading Frank’s essay, it’s not clear what he’s exactly for, save blowing up Wall Street, ending the billions donated to campaigns, and reversing inequality. It’s fine to play Robin Hood, and Frank’s entertaining, but it’d be helpful if he at least hinted—as a Big Thinker, one could argue it’s his obligation—at what candidate he fancies. And that doesn’t include the resurrection of FDR.