Left Comes Out Swinging at Critics of Campus Speech Intolerance 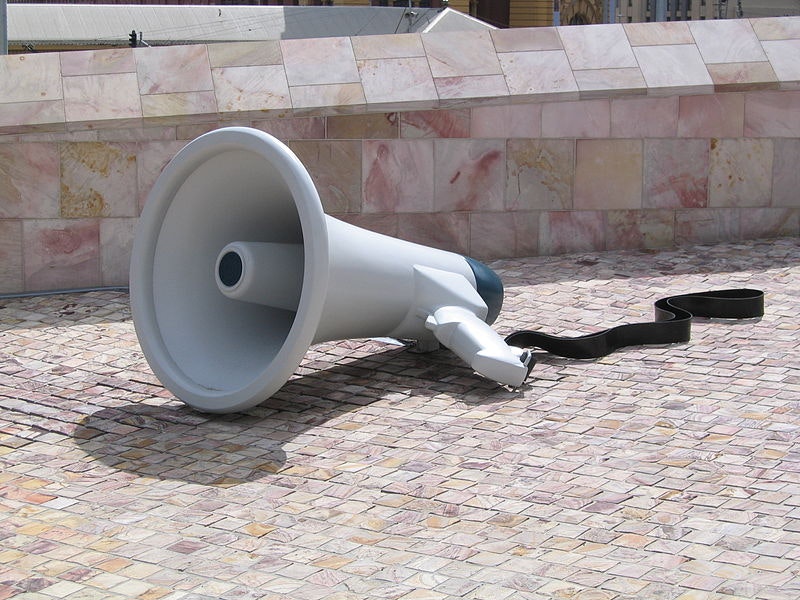 There's a small group of people with varying political views who’ve lately made a name for themselves by showcasing the lack of tolerance for free expression on American college campuses. They've been making the Left look bad, and now the Left’s pushing back. There's no real crisis of free speech, some partisans are assuring us, and those saying otherwise are money-grubbing opportunists.

“Free Speech Grifters” is what Mari Uyehara calls them in her new GQ piece, and the message is that they're exploiting a handful of events where speech has been curtailed to further their careers and line their pockets. Jason Wilson, in a column for The Guardian, tells us these people are trolls trying to get a rise out of progressives. Some of them pretend to be liberals, but they're not fooling him.

So every single person, Right and Left, who’s making some noise about suppression of speech on campuses is some sort of lesser version of Bernie Madoff? That's a stretch, and it taints Uyehara's argument that she's shoehorning all these voices into the same basket of deplorables. In The Guardian, Jason Wilson adds a few names to the list. Andy Ngo, who “describes himself as a journalist,” is on it. Ngo’s Twitter profile states that he has bylines in the Wall Street Journal, National Review, American Spectator, and Quillette, which would indicate that he’s what he describes himself as.

Former Evergreen State College biology professor Bret Weinstein is also one of Wilson's “trolls.” The way the Australian-born writer living in Portland, Oregon understands Weinstein's situation is that he “became the toast of rightwing media... after challenging a campus “Day of Absence, where white faculty and staff were encouraged to attend off-campus events.” This is a false characterization of what actually happened on the Washington state campus in the spring of last year. When the professor refused the “request” to stay off campus because he's white, a belligerent student mob arrived outside his classroom and shouted him down. Subsequently, the school’s police chief warned Weinstein that he was not safe on campus and advised him to leave the school grounds immediately. He couldn't protect the faculty member because the school’s president had ordered his department to stand down.

Jason Wilson writes witheringly about Weinstein's appearance on the Fox News show hosted by “the ever-reliable Tucker Carlson,” as if it were Carlson's words that mattered in that segment. He also neglects to mention that the reason the professor became the toast of conservative media is because the mainstream media had no interest in covering his story. It was way too hot for them to handle, because it involved an innocent person being called a racist. This is terrain the MSM is afraid of. The writer calls the $500,000 that Weinstein and his wife (Heather Heying, who was also an Evergreen professor) received for leaving the college “a substantial settlement,” failing to mention that he was a tenured professor.

Weinstein responded to The Guardian piece with mockery, sarcastically coining the hashtag “#shamergate” in an act of faux repentance.

Wilson's device is to lump them all together as trolls so he can dismiss the bunch as button-pushers. His theory is that the trolls get a controversial speaker’s appearance at a college to go viral through “provocation and persistence” in order to distort the level of speech suppression.

When one of the Free Speech Grifters, Ben Shapiro, visited UC Berkeley for a speech last September, it cost the university $600,000 to insure his safety and protect campus facilities. Maybe his crowd has a point. The school also spent the same amount previously when Ann Coulter was slated to speak on campus. She ended up cancelling, afraid of the threatened violence.

Bret Weinstein is a lifelong progressive who transgressed as a matter of principal and soon learned that a student mob was hunting him down. Now Jason Wilson’s telling us that his experience counted for nothing and that he's just a troll, like Milo Yiannopoulos, who’s just out to get his jollies. Mari Uyehara writes about Columbia University College Republicans inviting Tommy Robinson “of the far-right English Defense League,” when in fact he quit the group in 2013 out of concerns he had over the "dangers of far-right extremism."

It's obvious both these writers are expressing themselves defensively as members of a tribe they feel is under attack. That makes it hard to take either of them seriously as people who are attempting to provide clarity on a contentious, complex issue.