A left that rejects identity politics isn't a left any more. 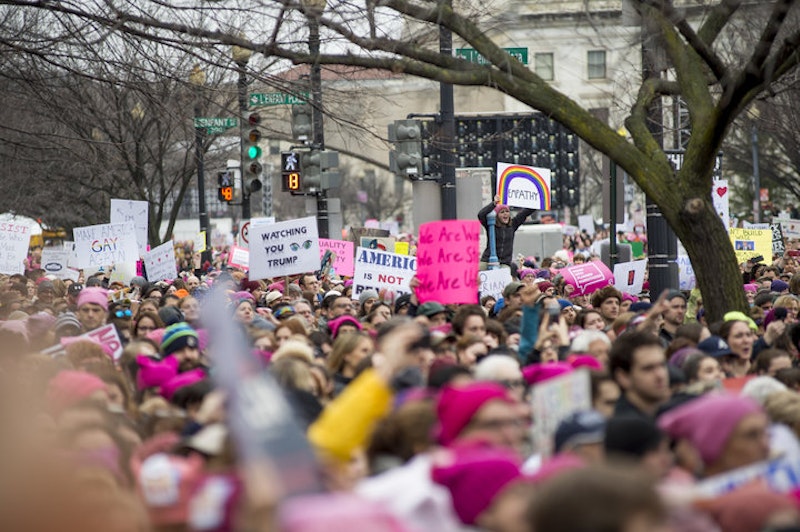 "Liberals disagree w/Richard Spencer's policy outlook but share his core belief that race alone determines your value in society." This tweet could’ve been written by a center-right pundit like Jonathan Haidt, trying to position himself as the compromise position between Nazis and anti-fascists. It might’ve been written by a Richard Spencer ally. Neo-Nazis and the alt-right say that they're just a natural, reasonable response to the race-obsessed overreach of black activists and anti-racists.

But the tweet was from Lee Fang, a (supposedly) progressive journalist who writes regularly for the Intercept. Fang is a Bernie Sanders partisan, and was incensed at criticism of Sanders by Samuel Sinyangwe, a black activist and policy analyst. Sinyangwe said that he’d met with Sanders during the 2016 campaign, and the Senator used black stereotypes in discussing racist policing. Sinyangwe said, reasonably enough, that black politicians were more likely to understand black issues. He added, "Running more old white men to run the country isn't progressive."

Fang attacked this position on the grounds that it prioritizes race over policy. Pushing for greater inclusiveness in Congress is, in Fang's view, just a sneaky kind of illegitimate affirmative action. Politics should be color-blind; Sanders, the white guy, is the true meritocrat, who’d be victorious in an ideal neoliberal marketplace of ideas. Kamala Harris and Cory Booker are sneaky poseurs.

Normally, you'd expect leftists to be skeptical of people positing old white men as innately more meritorious than non-old white men. But especially since the election these kinds of arguments have gained a foothold among many of those associated with an anti-identity politics wing of Sanders supporters known as the dirtbag left. For people like Fang, discussions of racism and sexism are framed as calculated distractions from the vitally important issue of class inequality. Fang and his cohorts sneer at the suggestion that racism in cinema is worth discussing, or that lack of representation is a meaningful injustice.

At the extreme, demonstrated by Fang, even the dominance of white guys at the highest levels of government is unworthy of discussion or left critique. In fact, in this case Fang, progressive leftist, sounds exactly like right-wing trolls, who insist that the only real discrimination in America today is discrimination against white people.

The dirtbag left claims that identity politics and representation are an intentional distraction from class inequality. The evil Hillary Clinton, and the semi-evil Barack Obama, used the fact that they weren't old white guys to sneakily undermine true progressivism. Thus, the argument goes, black candidates, women candidates, and especially black women candidates like Kamala Harris must be attacked aggressively, lest they deviate from Sanders' ideal left position. Fang is manning the barricades, ready to smear those sneaky marginalized people as traitors and Nazis.

Opposition to identity politics slides quickly into neoliberal apologia for faux "meritocracy." Fang cosigns conservative white identity politics, in which everybody but white men are viewed as suspicious and illegitimate.

Activists, journalists, and voters should question and examine all candidates. Melissa Petro's sober, respectful, and thorough discussion of Kamala Harris' record on sex work issues, as just one example, is important and necessary journalism. So is Sinyangwe's account of his personal interaction, and disappointment, with Bernie Sanders.

Rejecting anti-racism and feminism as goals in themselves doesn't make you a meritocrat or a true leftist. It makes you a racist and a sexist. There are plenty of those in the center and on the right already. The left should be committed to doing better.