The Face of Washington's OWL Party

Kelly had the gift for burning the candles at every possible end while showing up for work ready to play. 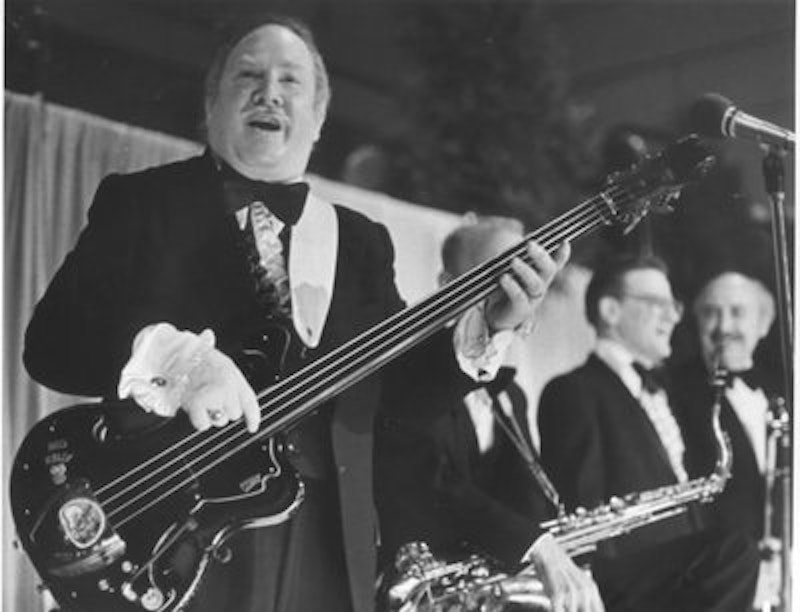 The public dialogue is coarser than it once was, and American politics has always been pretty coarse. For every Pericles, there are dozens like The Hon. John Rankin, a Congressman from Mississippi, who back in the 1940s addressed a letter to his colleague Emanuel Celler of Brooklyn with the salutation: “My dear kike.”

Yet even one hardened by political life and the history of its discourse might have paused at White House spokesman Stephen Miller’s mockery, during last week’s press conference, of the notion that Emma Lazarus’ verses, engraved on the statue’s plinth in 1903, have any meaning because the statute had been dedicated in 1886.

Here at our sea-washed, sunset gates shall stand
A mighty woman with a torch, whose flame
Is the imprisoned lightning, and her name
MOTHER OF EXILES.

My Irish maternal great-grandfather and my Polish Jewish paternal grandfather, both of whom sailed into New York harbor on immigrant ships and saw “Liberty Enlightening the World,” might’ve had different feelings.

Given the thinking of the current President on refugees and immigrants one wonders how he and his henchmen would’ve dealt with a political party that had plastered the nation’s capital with posters reading, “These lazy foreigners! They won’t work, and they’re taking our jobs!”

It was not Washington, D.C., but Budapest, and the party was Hungary’s Two-Tailed Dog Party. At the last general election, its slogan was “More Everything! Less Nothing!” It’s a variant on their traditional platform: “Free Beer! Eternal Life! Tax Deductions!”

The Two-Tailed Dog Party is characterized by Establishment commentators as a frivolous party. As usual, this presumes that the Establishment parties should be taken seriously, something difficult to accept in the current American political climate. Happily for American mainstream politicians, few frivolous parties have appeared on the ballot in this country. This is because the ballot access laws make it very difficult for alternative parties and independents to appear on the ballot. Here in New Hampshire, some members of the State Legislature actually believe the two-party system is Constitutional.

In New York, candidates qualify for the ballot by gathering hundreds, often thousands of signatures on petitions. Once filed, the petitions may be challenged by the candidates’ opponents, sometimes on remarkably arcane or flimsy grounds, requiring extensive and expensive litigation in their defense. This is part of the game: the more time and money spent at the Board of Elections or the courthouse, the less time and money available for campaigning. At the May 2016 school board elections in Buffalo NY—school board, no less!—most candidates had their petitions challenged and the incumbent president of the board was knocked off the ballot.

But in Washington State in 1976, things were less stringent, a circumstance that gave rise to the OWL Party, which briefly flourished some 40 years ago. OWL was a double acronym for the party’s slogan: “Out With Logic, On With Lunacy.” The party was founded in the Tumwater Conservatory, a jazz club and watering hole owned by jazz bassist Thomas “Red” Kelly in Tumwater, Washington. Its campaign slogans: “We don’t give a hoot” and “Unemployment isn’t working.” Their platform supported being “for everything and against everything else.” It also promised to “call in all the state’s negotiable assets and convert them to cash just to see what all that money looks like.”

Kelly was a high school dropout and a former Seattle shipyard welder who taught himself to play bass during World War II. He assumed, correctly, that there would always be a shortage of bassists. Unlike many bass players, he’d saved his money and bought the bar.

Kelly had spent three decades on the road and had played with nearly everyone: Frank Sinatra, Charlie Parker, Billie Holiday, Tony Bennett, Count Basie, Harry James, Buddy Rich, and Duke Ellington, to name only a few. Parker, a pretty harsh critic, had once embraced him after a concert, so Kelly assumed “It must have been okay.” He had stories about them all, few of which were recorded due to the laws governing defamation and libel. He did talk about Parker stealing a policeman’s horse and riding it into a bar, “igniting such gales of laughter that even the officer didn’t get angry.” He claimed Count Basie had died owing him three dollars on a 1959 World Series bet and that Betty Grable was “a good pal” who “just liked the dirtiest jokes.”

Once, while on tour with Woody Herman, he fell asleep in the bathtub. He had been reading the Sunday comics and the bath water was dyed red. When the maid came in to clean the next morning, she thought Kelly was dead and ran from the room screaming.

Kelly had the gift for burning the candles at every possible end while showing up for work ready to play. He had composed a song, “You and I and George,” which he performed with the Stan Kenton Orchestra in 1959. There’s an LP, Kenton at the Tropicana. Kelly speaks in a doleful voice at the mike: the song had been written by somebody else as it was so lousy. Kelly described the song as the product of a hung-over songwriter who’d finally realized that people didn’t care about lyrics. It was just one sad verse: a trio walks along a brook, George falls in and drowns himself, and the girl ends up with the singer, who’s obviously her second-best choice.

David Bowie loved it and performed it during his “Sound and Vision Tours.” He sang it while playing at the Tacoma Dome near Seattle in 1990. Probably only a few persons in the audience knew that he was paying homage to a local hero.

Anyway. One night in 1976, Kelly was joking with friends at the bar after closing time about running for office. John White, the state capitol correspondent for the Associated Press, was present, overheard the remarks, and wrote an article about it. As Kelly later said, “I went to bed a drunken musician and woke up a drunken gubernatorial candidate.”

In Washington State in 1976, ballot access wasn’t stringent. A party could qualify for the ballot by obtaining 100 signatures at a convention. Kelly held the convention at his bar. He had no problem in qualifying for the ballot. Kelly’s running mates included Jack “The Ripoff” Lemon for Lieutenant Governor, “Fast” Lucie Griswold for Secretary of State, Ruthie “Boom Boom” McInnis for State Auditor, “Bunco” Bob Kelly for Attorney General, Archie “Whiplash” Breslin for Insurance Commissioner, and Bob “Earthquake” Ober for Commissioner of Public Lands.  Only the OWL candidate for Treasurer, Jack T. Perciful, enjoyed the distinction of an unadorned name on the ballot.

“Fast Lucy” was Red’s mother-in-law. She promised that, as Secretary of State, she would take shorthand and typing lessons. “Earthquake,” the candidate for Commissioner of Public Lands, pledged to “go forth and gently commission the land.”

Washington publishes a voter’s pamphlet mailed to every registered voter. Kelly wrote the following: “The importance of this election to the citizens of our fair state cannot be underestimated. These issues are broad, high, wide and handsome is as handsome does. I have found, however, that the issues are not the issues for once an issue is made of the issues and the issues are responded to, they no longer are issues but become answers.

“Because of the above mentioned dialectical problem I am responding to some of the more pressing non-issues facing this state.

“1) It has become apparent that unemployment isn’t working but…

“2) Inflation is. I feel we have done a good job of getting inflation off of dead center and back on the move again.

“3) We must get the girls out of those sweaty saunas and back on the streets again. This is gradually being done and I can see the red light at the end of the tunnel on this program.

“4) Because of the energy crisis and potential oil spill non-issues, we have been asked to think tanker. What I propose is the importation of Irish tinkers to fix leaking tankers. In this way, instead of thinking tankers we can think tinkers, thereby solving two problems with the single stroke of a ball-peen hammer: (a) we reduce oil spills and (b) we help wind down the war in Ireland. It is imperative that the other candidates grasp the bull by the tail and face the situation squarely on this issue.

“It will always be my contention that the buck starts here, so remember, a vote for Red Kelly is like taking two giant steps backward so if you believe in my programs say “Mother-may-I” and throw the rascals out.”

Kelly came in third. “Everyone we ran came in third,” he later said. That was correct. The ease with which this frivolous party gained a place on the ballot and polled fairly well apparently embarrassed the professional politicians. During the next session, the State Legislature significantly increased the difficulty of ballot access by requiring minor party candidates to obtain one percent of the vote at the primary before going on to the general election. The number of signatures required was increased to 1000. Minor parties described as more serious than the OWL Party, such as the Socialist Workers Party, unsuccessfully challenged the new law.

In 1989, the year before Bowie’s concert, Kelly ran for Mayor of Tacoma, advocating the return of cable cars and legalizing riverboat gambling. He polled 10 percent of the vote. Having been on the short end of election results in my time, I suggest that this is not bad.

Thomas Raymond Kelly, musician and democrat—for only one who loves something can satirize it—died on June 9, 2004.