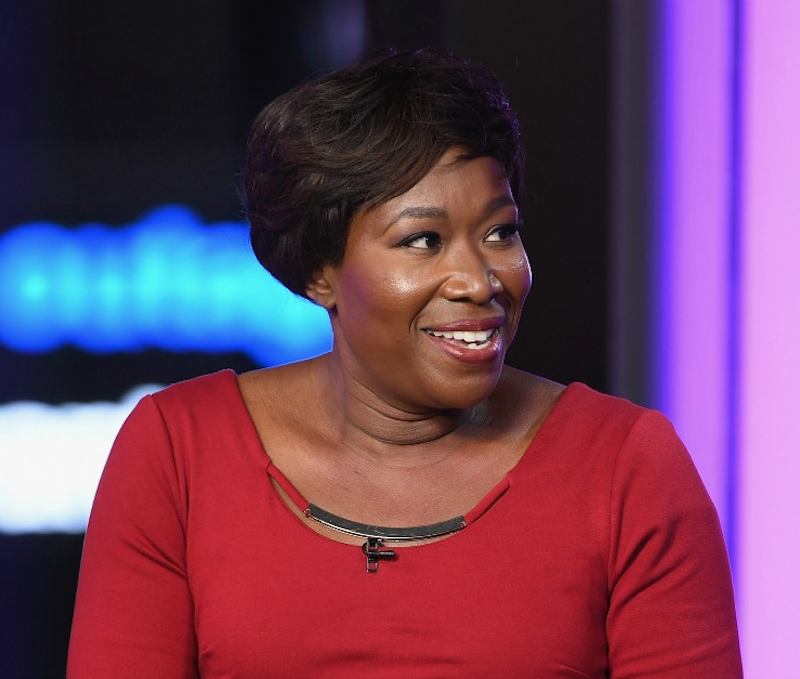 Cheers on Twitter for Joy Reid, who took the Clinton uranium story and wrapped it over the head of a stolid young woman from the Washington Examiner. Reid fired through a series of questions meant to show the nonexistence of the story. She had the harried, determined air of the Clinton defender. I don’t mean Reid is a Clinton defender by habit, like Sidney Blumenthal. I just mean that people engaged in the task tend to come off the same. Dust has been kicked up, this person is trying to kick the dust down, and it’s quite a chore.

Among the points Reid touched on is the one I consider killer: there were eight other people on that board. We’re talking about a decision made by Hillary’s representative plus eight people who had nothing special to do with her. If everyone really thought the deal was shady, there’d be news stories about the other eight and how they wound up doing what they did. For that matter, we’d be getting a lot more stories about the decision’s awful effects. If it posed a national security risk, we’d be hearing a debate about that risk and its dimensions.

Instead people talk about Hillary. That’s what the scandal is for, to give people (and this includes the editors of The New York Times) a chance to say dark things about the Clintons and their international influence ring. On the right, belief in the power and corruption of this syndicate has one point of resemblance with the non-right’s belief in global warming: it provides a big thing that a person can gesture at in order to sound grave and knowledgeable. The Times and other mainstream outlets join in the game to show they’re not partisan. Citizens join in too, because they know they’re too smart to think only one side is the problem. A detailed scandal is blown up that apparently requires a knowledge of international trade and atomic energy issues for its full appreciation. But there were eight other people on the board. Pop the balloon with that point and people have their fun spoiled. So we keep playing this game as the walls cave in.

Looking to party? Bret Stephens, a former offender at The Wall Street Journal’s editorial page, now writes a column for The New York Times. His latest takes 800 words to call pro-Trump conservatives a bunch of whores. The headline (“The Happy Hooker Conservatives”) gets the key words up there, but Stephens must wade into La Trahison des Clercs and the “Stalinist intelligentsia.” It’s all very bowtie. Even the use of Xaviera Hollander and The Happy Hooker seems like a George Will flourish update. Stick an old book, even that old book, onto your point and you’re ready to go.

Come to think of it, the Times has “Hooker” being used as invective, and in a headline. I bet that’s a first for the paper. Personally I object to the use of “prostitute” as an insult, and I dislike any use of “whore” or “hooker.” But that fight is a long way from won. My point here, as with any diatribe by a Never Trumper, is that the problems on the right are deeper and wider than the Never Trumper suspects.

Yes, the publicist wing of the conservative movement has now shown that it will swallow anything. But this dish was forced on them by Republican voters. Pew Research finds that “Country First Conservatives,” meaning voters who think like Steve Bannon, support Trump by 84 percent. “Core Conservatives,” meaning voters who think like Paul Ryan, support Trump by 90 percent. Apparently there’s nothing about the mainstream post-Reagan conservative consensus to keep one from believing in a thuggish conman. I say suck on that.