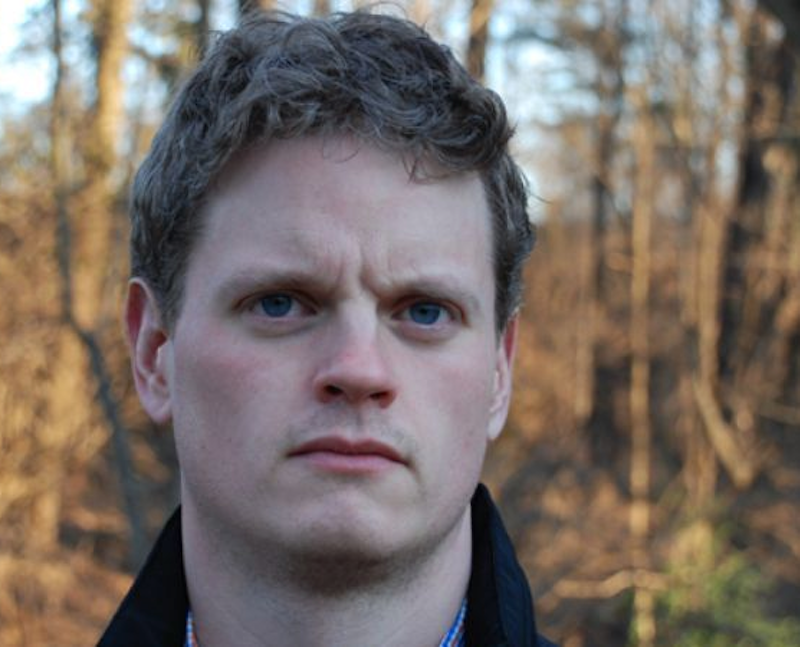 In the post-Weinstein era, a man with certain skeletons in his closet can confidently take a power breakfast in the morning and find that his career has blown up before he's even thought about lunch. High-profile political journalist Mark Halperin, who allegedly sometimes mentored female ABC News interns after insisting they sit on his responsive lap, is just the latest instant casualty. The former senior political analyst for MSNBC was on a roll before the tawdry revelations had him talking publicly about inappropriately “pursuing relationships” with subordinates, a euphemism that he probably paid top dollar to a crisis management firm for.

Suddenly there's a bunch of men with varying degrees of indiscretions in their pasts scrambling for a damage-control strategy, because anyone could be next. The newly-woke Drew Magary of Deadspin decided, upon hastily reviewing his back archive, that his best option was to get ahead by offering up a preemptive mea culpa in which he details his past transgressions against women, gays, rape victims, and black athletes. He's a different man now that he's matured, he assures us, but the timing is convenient.

Magary makes the point of establishing his moral superiority to Barstool Sports head honcho Dave Portnoy and Outkick’s Clay Travis, the gadfly who recently triggered CNN’s Brooke Baldwin with his comments on his breast fixation. Those two miscreants, he writes, “are deeply shitty men who crave attention any way they can get it, usually by race-baiting or screaming BOOBS in a crowded theater.” It would’ve been nice if the author had given examples of his enemies’ (he hopes Barstool founder Dave Portnoy “drowns in a frozen river”) race-baiting and other unacceptable behavior if he thinks it's so important to bring them into his confessional, but we're left to take his unreliable word for it.

The Deadspin contributor wants us to know he's not a deeply shitty person now that he's owning up to his youthful indiscretions. He tells us that his “evolution as a professional has occurred naturally, thanks to getting older, and wiser, and working with more women and people of color,” but what’s natural about this act of public contrition at this particular point in time? Apparently the writer’s expecting us to believe he'd have supplicated himself so abjectly in the absence of the Weinstein story. And what's the point in comparing himself to two people he despises if he's seeking absolution?

In a column that reeks of disingenuousness, this passage stands out: “Maybe Clay Travis won’t pay professionally for his horseshit, but he’ll pay any time he’s got to look a woman in the eye. And he’ll pay at the gates of hell.” This overwrought nonsense reads like parody, given that the case he's making against Travis is based only on his remark to a female CNN host, “I believe in only two things completely: the First Amendment and boobs,” which is part of his regular bro-themed shtick. If Travis ever did something as egregious as joining in on the fat- and body-shaming of a 16-year-old girl, as Magary admits to doing in his piece, I can't find it on Google. The author precedes his analysis of Travis’ eventual reckoning by making a connection between his rival’s success and the age of Trump, providing further evidence that the current president is rendering many liberals non compos mentis while often appearing deranged himself.

The Hades-bound Clay Travis voted for Obama twice and worked for the presidential campaigns of Al Gore and John Kerry. His Outkick website was also doing well way before Trump got elected. Magary writes, “But let me tell you something: There will be a reckoning.” The fire-and-brimstone-preacher act is a bit much. Wishing a frozen or flaming death upon people you dislike, and who happen to be much more successful than you are, is equally as ridiculous. Someone’s trying way too hard.

Magary’s gaudy display of repentance is attracting substantial praise from Twitter media types. It wouldn’t be a shock if some of them had similar sins and this made them feel better about themselves. They too are just one honest self-assessment from absolution. FS1 host Nick Wright tweeted, “This column by @drewmagary about a lot of our internet histories is very good and very honest.”

Magary's safe now that he's come clean. He can go back to his self-righteous flame-throwing, this time with a more carefully tailored set of targets. His past misdeeds never amounted to more than figurative misdemeanors compared to Harvey Weinstein's possibly literal felonies anyway. I don't buy his posturing, however. You don't go after others if you're sincerely seeking forgiveness. I'd have more respect for Drew Magary if he took some heat before prostrating himself, or if he just quietly resolved to be a better man and kept it to himself.